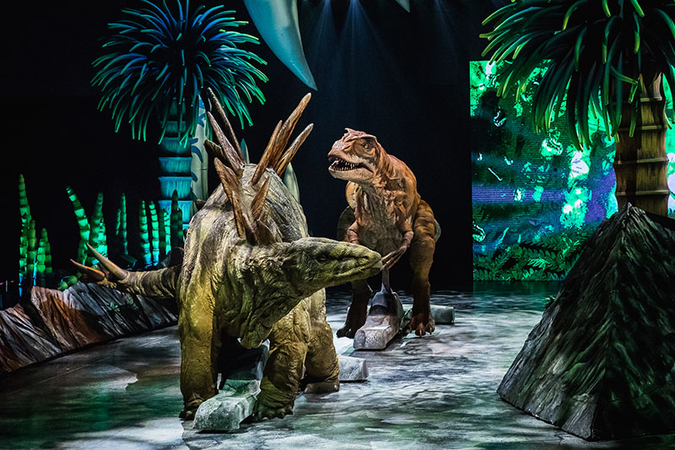 Stegosaurus, Torosaurus, Ankylosaurus, the terrifying Tyrannosaurus-rex and the gigantic Brachiosaurus are just some of the 18 dinosaurs thrilling and chilling all those who encounter them in “Walking with Dinosaurs – The Arena Spectacular” on today and tomorrow at Impact Arena, Muang Thong Thani, Bangkok.

Based on the award-winning BBC television series of the same name and back in Thailand after a successful run in 2010, the $20-million production features updated, state-of-the-art technology and showcases colourful changes to the dinosaurs based on the latest scientific research including the likely feathering of some species. The one-hour, 40-minute show depicts the well-informed dinosaurs’ evolution with almost cinematic realism. Scenes show the interactions between dinosaurs, how carnivorous dinosaurs evolved to walk on two legs, and how the herbivores fended off their more agile predators. Nine species are represented from the entire 200 million year reign of the dinosaurs. The show includes the Tyrannosaurus Rex, the terror of the ancient terrain, as well as the Plateosaurus and Liliensternus from the Triassic period, the Stegosaurus and Allosaurus from the Jurassic period and Torosaurus and Utahraptor from the Cretaceous period.

The largest of them, the Brachiosaurus, is 11 metres tall and 17 metres from nose to tail. It took a team of 50 – including engineers, fabricators, skin makers, artists, painters and animatronic experts - a year to build the production. Some fun facts including; it takes a team of three people to operate one dinosaur. Each large dinosaur weighs approximately 1.6 tons, and 21 trucks (each 14.5 metres in length) are needed to move the production.

The history of the world is played out with the splitting of the earth’s continents, the oceans form, volcanoes erupt, a forest catches fire – all leading to the impact of the massive comet, which struck the earth, and at last forced the extinction of the dinosaurs.

Tickets start at Bt600 at all ThaiTicketMajor outlets and its website. Seats on the second level are recommended for the optimum experience. See details at www.bectero.comor facebook: bectero or Line: BEC TERO CONCERTS or Twitter: @BEC_Tero_Ent or Instagram: BECTERO_ENTERTAINMENT and www.dinosaurlive.com 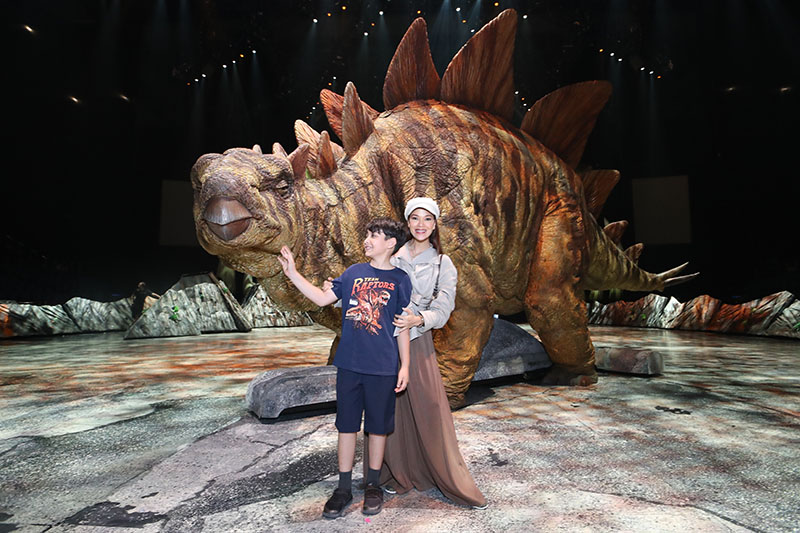 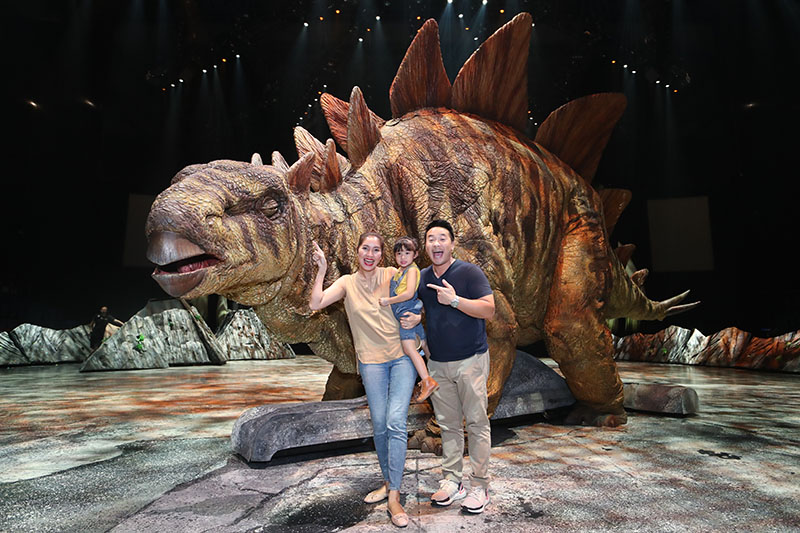