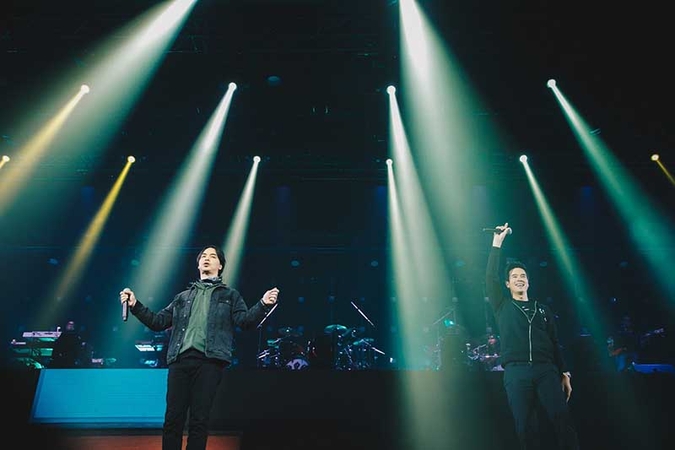 Big names from the Thai rock circle reunited on stage recently for a rare concert that looked back on a range of much-loved but also largely forgotten numbers.

The concert, which was staged at the 5,000-seat Royal Paragon Hall on September 7 and 8, kicked off with all the singers except Nui performing “Chiwit Samphan” (“Connected Lives”), a Carabao hit that encourages wildlife and environment conservation and a fitting beginning for a show that the organisers say will support the purchase of patrol equipment for forest rangers. Billy then warmed up the audience with three of his hits from yesteryear -- “La Ok” (“I Quit”), “Fung Wai Nai Puen Din” (“Burying My Past”) and “Ao Arai Ma Laek Ko Mai Yom” (“Won’t Swap You fir Anything”). Other singers took turns to entertain the audience with their hits, prompting fans in the packed hall to sing along and dance along happily to just about every number. 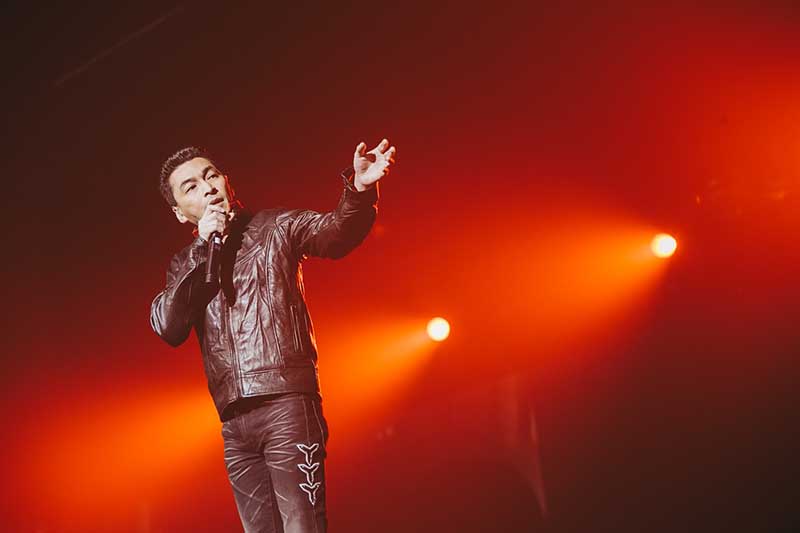 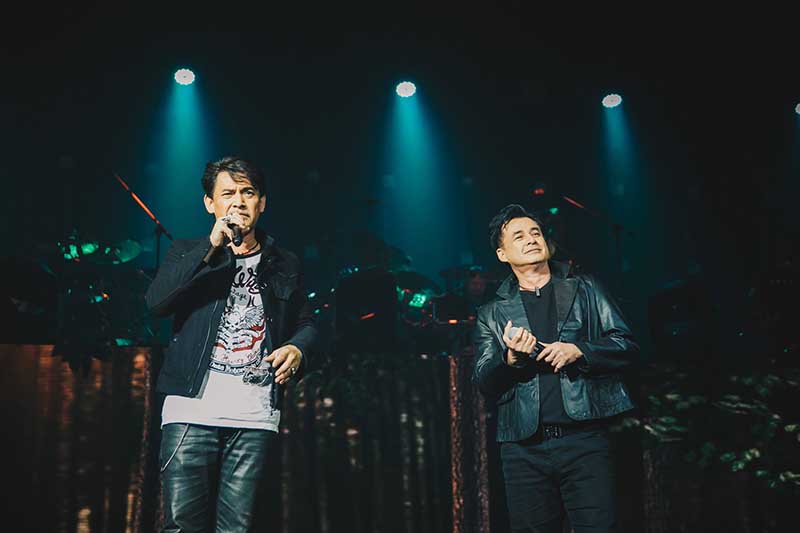 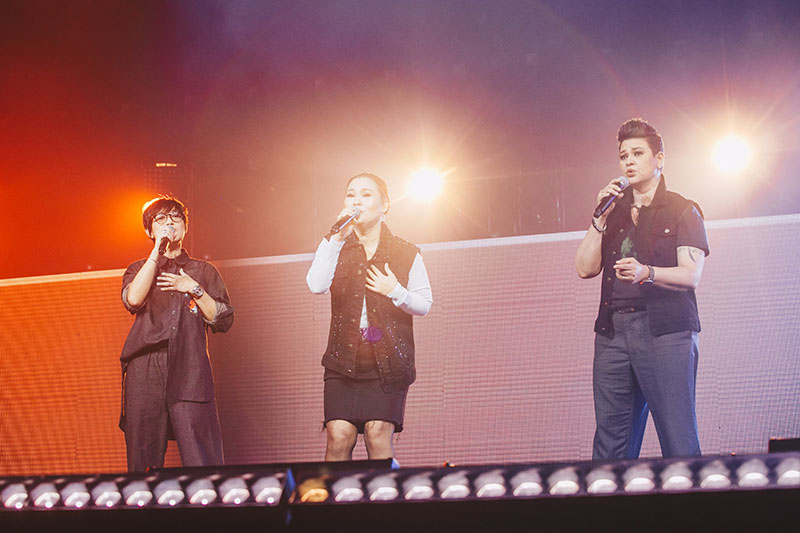 Despite the numbers of singers and songs performed -- more than 50 altogether -- the concert proceeded briskly and smoothly, thanks mainly to the quick changes by the singers between shows, with the performers often emerging on stage lifts immediately after the previous songs were completed. The concert on September 7 lasted a little over three hours, shorter than other local concerts despite the large number of songs performed. Music backup was provided by the Extra Band, with seven musicians and three chorus singers. The background screen remained dark and the singers dressed in black, presumably to underline the edgy rock vibe.

Dit Smile Buffalo was greeted with cheers from the audience as he performed “Dee Kern Pai” (“She Said I'm Too Good”) and was joined onstage by Pex Bluesky and More Kajay for “Fa Yung Fa Yoo” (“The Sky Is Still Blue”) -- another Smile Buffalo hit number from the 1990s.

The ladies -- Sukanya, In Budokan and Ie Phannee – joined up to perform five songs in a row that individually brought them fame, including “Kho Hai Muen Derm” (I Love the Way You Are) and “Rak Ther Jing Jing” (I Love You Really), with the owner of the hit singing the lead while the two others provided backup. 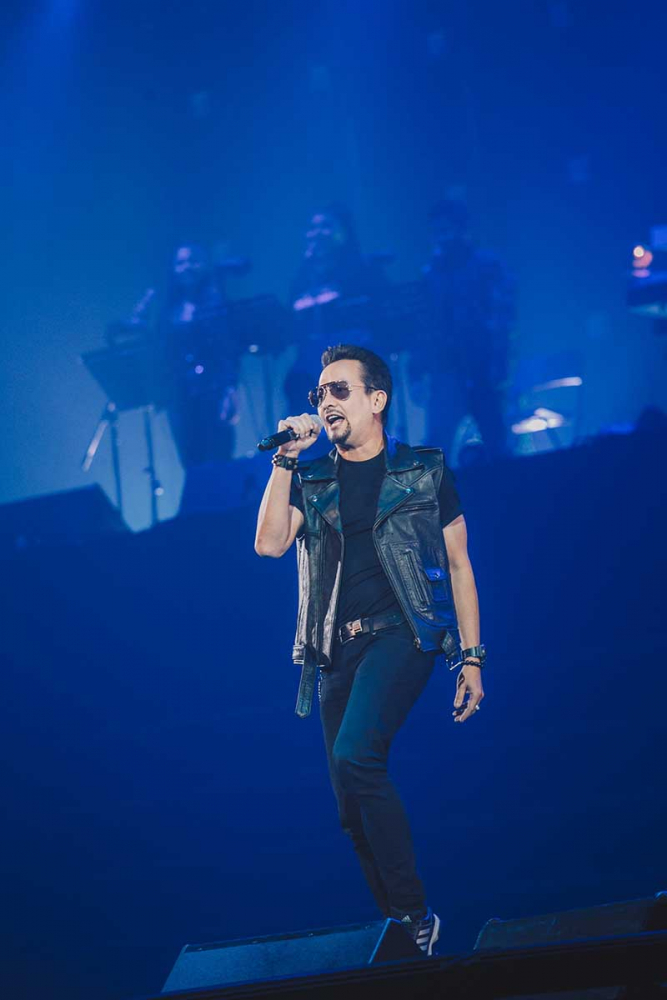 Bad boy rockers Kasab Jumpadib and Kajohnsak Rattananisai excited fans with their hits too, with Kasab singing “Mee Arai A-Plao” (“Have a Problem with Me?”) and Kajohnsak rocking on with “Krai Mai Kiao Ko Thoy Pai” (“Back Off If You Are Not Involved”) before joining up for “Ya Kid Mak” (“Don't Think Too Much”).

Poo Blackhead wowed the audience with his powerful vocals on 1990’s hits “Hetpon” (“Reason”) and “Yuenyan” (“Confirmation”) while Nui Ampon, frontman of the legendary rock band Micro, took to the stage for what proved the highlight of show, performing six songs one in quick succession and drawing screams as well as loud applause.

And then it was time to say goodbye, with all 23 back on stage for a grand finale of “Nam Eoi Namjai” (“Generosity”).