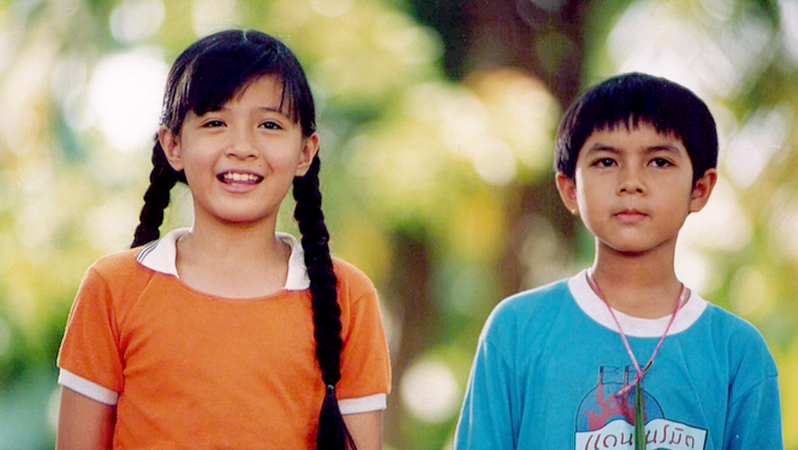 Unforgettable Thai films from the 2000s are in the spotlight this month as Netflix adds 26 timeless classics from GTH and GDH 599 to its streaming menu.

One title warranting a special mention is 2003’s “Fan Chan” (“My Girl”) (2003), which many film fans consider as a defining point in contemporary Thai cinema. A co-production between Tai Entertainment, Hub Ho Hin and Grammy Entertainment (later GMM Grammy), the overwhelming success of the film later led to the birth of the new company GTH. GTH was the most successful film company before closing as the partners went their own way. Most of the team later moved to work in the new company GDH 599 which was founded by GTH's co-founders.

“My Girl” takes audiences of every generation to rekindle their childhood love through the eyes of Jeab and Noina - childhood friends who grew up together. “My Girl” became an instant hit and was the highest grossing film of 2003 with a box office take of Bt137 million.

“I believe the moment someone is attracted to the opposite sex for the very first time, he or she is faced with a mental conundrum between friendship and love. This is how the film reaches out to touch everyone’s hearts - no matter if they have experienced the old songs or classic soap operas in it. Aside from bringing happiness and joy to the audience, any viewer can see him/herself through the eyes of Jeab or Noina. Whether you’re a child, a teenager or an adult, love is something you always have in your heart,” said Komkrit Triwimon, one of the six co-directors of “My Girl”.

“My Girl” portrays the relationship between two young protagonists in a delightful and charming way through the lenses of children growing up in the 80s.

“For the younger generation who have never watched My Girl, this would probably be an eye-opening experience. For example, witnessing children back in those days playing portable computer games with just a single button - it’s almost as if they are watching a historical documentary”, Komkrit says.

Also screening is “Pheuan Sanit” (“Dear Dakanda”), Komkrit’s solo directorial debut. The film opens with Moo aka Khai Yoi, going on a journey to explore his inner self. The story of Moo alternates between his new life on Pha-Ngan island in the south and the one which he left behind in Chiang Mai, as a shy art student who inadvertently fell in love with his close friend Dakanda. Even though it has been 15 years since the film’s debut, its themes and moods continue to resonate in Thailand’s social fabric today, with many online forum posters still expressing views about the relationship between Moo and Dakanda as a reflection of their own lives.

Other classics from the GTH era are “Guan Muen Ho” (“Hello Stranger”) from 2010, the solo directorial debut of the aptitude Banjong Pisanthanakun, who made his name co-directing with Parkpoom Wongpoom the spine-tingling horror movie ‘Shutter’. “Hello Stranger” was shot almost a decade ago during a time when the Korean pop culture was on the ascendancy in the kingdom - just as Thai K-drama fans were making their way to Seoul in droves to see the sights from their favorite shows.

This movie depicts how two strangers - both heart-broken from their previous relationships - enter a version of the idealistic romantic relationship often depicted in Korean TV shows. Starting off as accidental ‘trip buddies’, the two decided to break free from all of their previous life commitments to have the best time of their lives together - from putting their fortunes to the test in a casino to renting out a Porsche for an exhilarating ride. “Hello Stranger” also went on to become a blockbuster hit, raking in Bt125 million along the way and taking the annual top spot in the Thai box office. Most importantly, it popularised the term “Glad to not know you” among Thai youth culture.