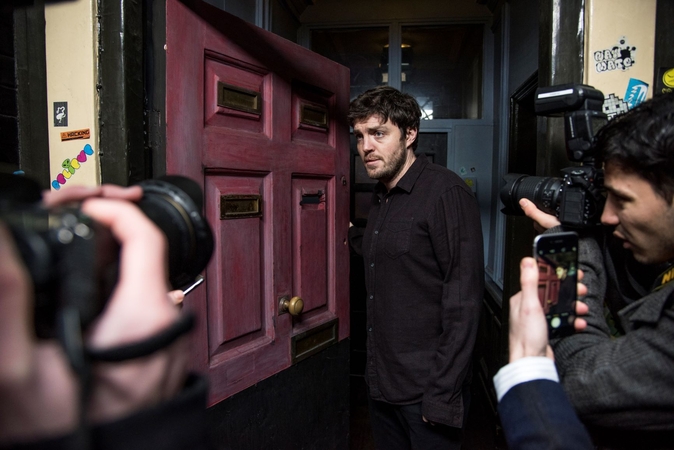 Filming has begun on the four-episode second season of the Cinemax and BBC One series “C B Strike”, titled “Lethal White”, it was announced today.

Stars Tom Burke and Holliday Grainger will return, along with Robert Glenister, Natasha O’Keeffe and Kerr Logan for the fourth story based on JK Rowling’s best-selling “Cormoran Strike” crime novels, written under the pseudonym Robert Galbraith.

In the grips of psychosis, a young man named Billy Knight (Joseph Quinn) arrives in private detective Cormoran Strike’s (Burke) office telling the story of a child he saw strangled many years ago. Strike is simultaneously hired by government minister Jasper Chiswell (Glenister) to investigate Billy’s brother, Jimmy Knight (Nick Blood), who is blackmailing him. As Strike and his partner Robin (Grainger) work to determine how the cases might be connected, Robin goes undercover in the House of Commons.

However, Robin’s private life is unravelling as her relationship with Matthew Logan) feels the full strain of her commitment to Strike and her work. At the same time, Strike has his own issues, a girlfriend who confesses she loves him and his complicated ex Charlotte (Natasha O’Keeffe) who is pregnant and back in the frame.

For those wanting to play catch up, the first season’s episodes “The Cuckoo’s Calling” and “The Silkworm and Career of Evil” can be streamed on on HBO GO via AIS PLAY and AIS PLAYBOX.

Sue Tully will direct all four episodes of“Lethal White”, produced in association with BBC One. J K Rowling executive produces through her Bronte Film & TV production company; Neil Blair, Ruth Kenley-Letts and Tommy Bulfin for the BBC also executive produce. The series is based on a script by Tom Edge.