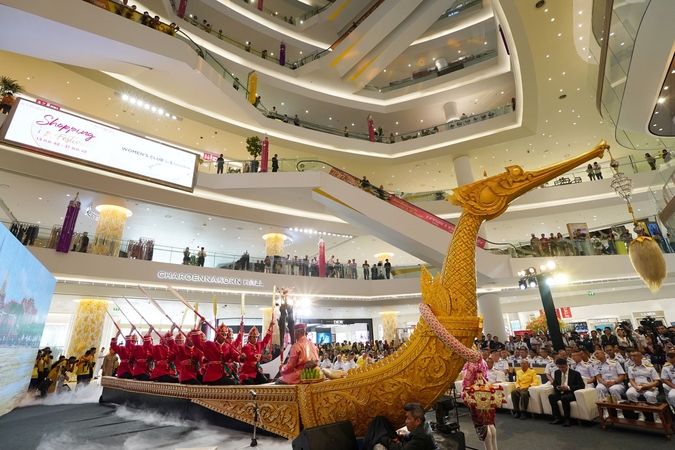 To celebrate the Royal Coronation of His Majesty King Maha Vajiralongkorn in 2019, the Royal Thai Navy is joining with Iconsiam and the public and private sectors in holding “Art Afloat”, an exhibition of the Royal Barge Procession that reflects Thai artistry through the decorative elements of the royal barges.

Guests attending the ceremony were treated to a special performance titled “Painstaking Endeavours to Honour the King” and a special talk by Captain Thongyoy Sangsinchai, known as “The Poet of Two Reigns” who composed the lyrics for the traditional boat songs during the reign of His Majesty King Bhumibol Adulyadej the Great and His Majesty King Maha Vajiralongkorn; and Captain Natthawat Aramkluea who chants the traditional boat song for the Royal Barge Procession.

“To pay tribute to His Majesty the King, the Royal Thai Navy and Iconsiam are jointly organising ‘Art Afloat’to reflect the mastery of the Thai artisans through the grandeur of the Royal Barge Procession, and to provide an opportunity for all relevant units of the armed forces to offer their loyalty to the King through their painstaking endeavours. The public will be able to view at close range the beauty and grandeur of the Royal Barge Procession - considered a national treasure and cultural heritage - before the actual event takes place on October 24, the first time in the present reign,” Vice Admiral Jongkon told guests.

“Iconsiam is not only a new riverside destination that welcomes visitors from both Thailand and around the world, it also aspires to preserve Thai culture and traditions. That is why we have created a space for the public to view this important exhibition that recounts the history of the Royal Barge Procession from past to present. This is a valuable national cultural heritage, unique to Thailand,” Chadatip added.

Section 1, “From Battle Vessels to Royal Ceremonial Barges” relates the origins of the royal ceremonial barges, the history of the Royal Barge Procession from past to present, the revival of the tradition of the royal barge procession in 1959 during the reign of King Rama IX, and offers a photographic journey as His Majesty King Maha Vajiralongkorn follows in the footsteps of his royal father.

Section 2: “Art Afloat” reflects the magnificence of the Royal Barge Procession, and the intricacy of the decorative elements of each royal barge as befitting a vessel for a monarch, the format of the procession, positions of personnel in each vessel, and the preparations by each armed forces unit, who have helped to preserve this national tradition in a display of loyalty to their monarch. Gold and silver oars and peacock feather fans that will be used during the upcoming royal ceremony will also be on display.

Section 3: “Furthering the Legacy of Royal Glory” is a video presentation of the Royal Barge Procession to mark the 60th anniversary of His Majesty King Bhumibol Adulyadej the Great’s Accession to the Throne in 2006.

Visitors can also admire a display titled “Model of the Royal Barge Procession and Ceremony” featuring models of the 52 vessels that have been meticulously designed, placed in the full Royal Barge Procession formation and accompanied by detailed descriptions of the vessels. This display can be viewed at Icon Luxe Avenue on the M Floor of the Icon Luxe Zone.

Not only is this multimedia exhibition presented in three languages (Thai, English and Chinese), it also introduces new audio-visual technology that makes it different from usual exhibitions. This includes Touch Table, an LED screen that displays the decorative details of the royal barges, Panorama Hologram technology to assist viewers to admire the decorative details of the four royal barges: the Suphannahong Royal Barge, the Anantanakkharat Royal Barge, the Narai Song Suban Rama IX Royal Barge and the Anekkachatphuchong Royal Barge. This will enable the younger generation to learn about Thai history and royal traditions. A section featuring stucco relief patterns taken from the four royal barges with Braille descriptions offers an educational experience for visitors who are visually impaired.

Visitors to this exhibition will receive a programme booklet that contains information about the Royal Barge Procession. Virtual images of the Royal Barge Procession can also be viewed through Augmented Reality (AR) technology in 3-D form, together with all the exhibits via mobile phone cameras. Activities include floral garland workshops by students of the Wat Rakhang Girls’ School, ademonstration of hanging floral installations dating back to 1959, as well as coloured glass ornaments workshops by students of the Royal Craftsmen College. These programmes are open to the public free of charge on Saturday October 5, 12, 19 and 26 from 2-4pm on the 1st floor, exhibition area.

Admission is free and the exhibition continues through October 31. Find out more by calling 1388. 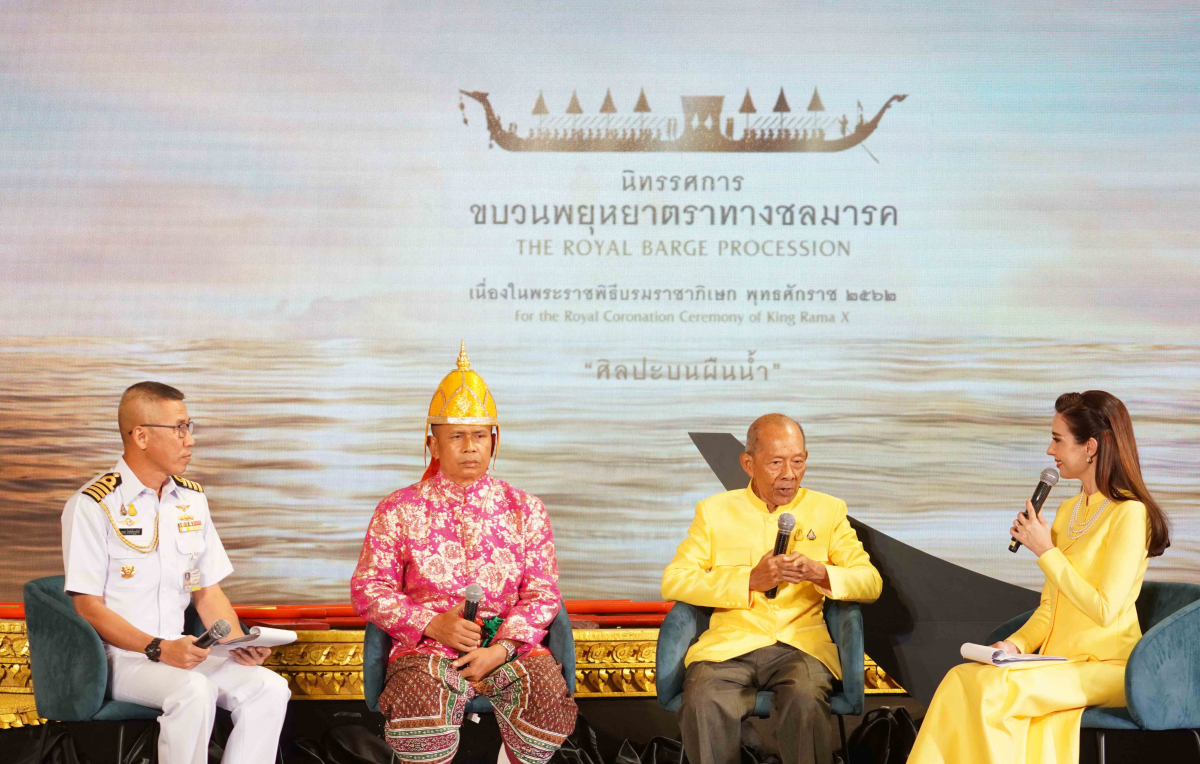