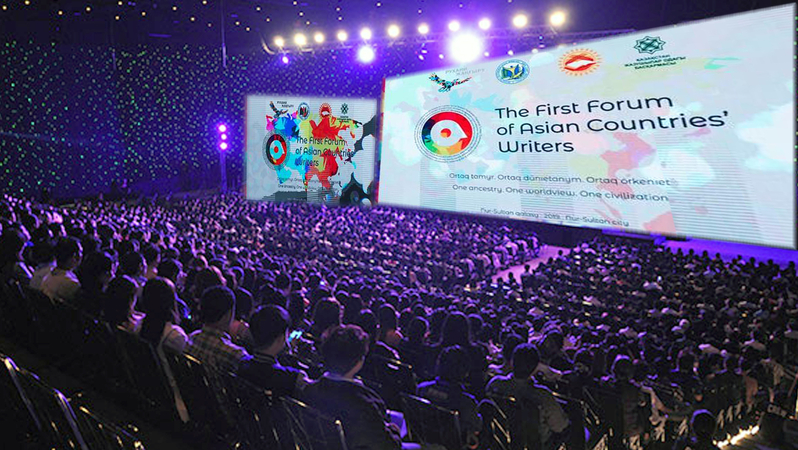 The Kazakhstan Writers’ Union, with backing from the country’s president and Culture and Sports Ministry, held the First Forum of Asian Countries’ Writers on September 4-6 in the capital Nur-Sultan.

Kazakh President Kassym-Jomart Tokayev opened the event with some 300 writers in attendance. The aim of the event is to boost the relationship between culture and literature in Asia, as well as support values.

The president also reminded people that Asia was the origin of civilisation, and if we did not have the Arabian, Persian, Chinese and Indian civilisations, humanity would never have developed.

In the speech, Tokyaev also thanked Kazakh writers, saying he will publish their works in six languages to ensure that as many as 2.5 billion readers can read them. He also recommended that a special award as well as an electronic library be created to reward and document the works of Asian writers.

However, Chiranan said Kazakh literature was still very nationalistic, which may change once Kazakhstan separates from the Soviet Union.