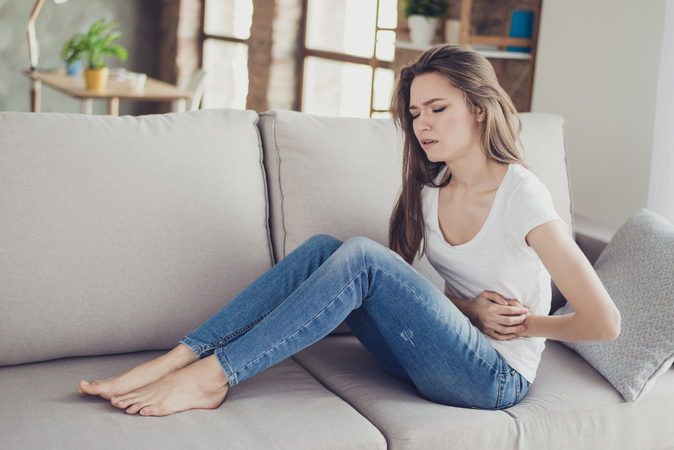 Non-cancerous growths of the uterus that mostly commonly occur during childbearing years, uterine fibroids are found in 25 to 40 per cent of Thai women. While not particularly painful, they do cause discomfort as well as heavy menstrual bleeding and, in some cases, lead to infertility.

“Treatment ranges from medication to surgery, though that is only recommended for between eight and nine per cent of patients. Surgery comes into play when the fibroids are larger than 12 cm,” says Dr Boonsaeng Wutthiphan, an obstetrician-gynecologist at Samitivej Sukhumvit Hospital.

Dr Jacques Donnez, a professor at the Catholic University of Louvain, Belgium and a highly respected gynaecologist, was in town recently to talk with Samitivej’s doctors and provide an update on the use of the new drug ulipristal acetate (UPA) for uterine fibroids. 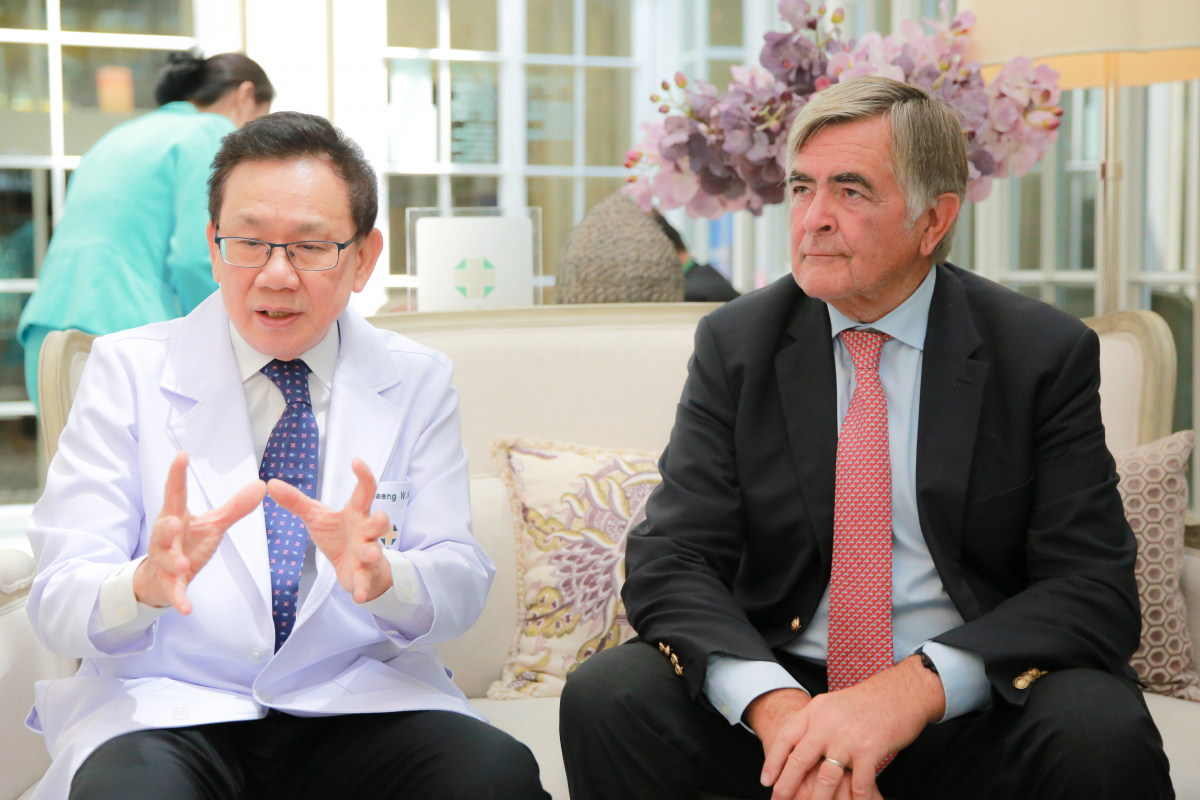 He began his presentation by reminding participants that the benign tumour is often found in women between the ages of 20 and 50, with age increasing the prevalence.  After menopause, the size of the myomas, as the fibroids are known in medical terms, decreases because they are hormone-dependent, with oestrogen and progesterone the major influencers of fibroid size.

The main symptom, the Belgian doctor noted, is heavy menstrual bleeding called menorrhagia which can affect quality of life.

“The second symptom, which is also important, is pressure on the bladder, which can lead to urine incontinence. And in younger women, the tumours might affect fertility,” Donnez said, adding that there are no significant differences between Europe and Asian women as the size and the localisation are more important than the symptoms. In fact, most women with uterine fibroids don’t experience any symptoms, particularly if the fibroids are small and are only detected by chance while the patient is undergoing an annual health checkup. Patients with large uterine fibroids, however, often have symptoms related to abnormal menstruation, such as heavy bleeding, irregular periods, pelvic pressure or pain, or chronic lower back pain. In some cases, fibroids growing and pressing on nearby organs can cause frequent urination or constipation. If the fibroid is particularly large and can be felt in the pelvic area, it may cause swelling of the abdomen, similar to pregnancy and, if left untreated, can make it harder for the woman to conceive or cause anaemia due to significant loss of blood. Additionally, if uterine fibroids occur during pregnancy, they may, in some cases, lead to premature birth or  miscarriage. They are not, however, life-threatening. 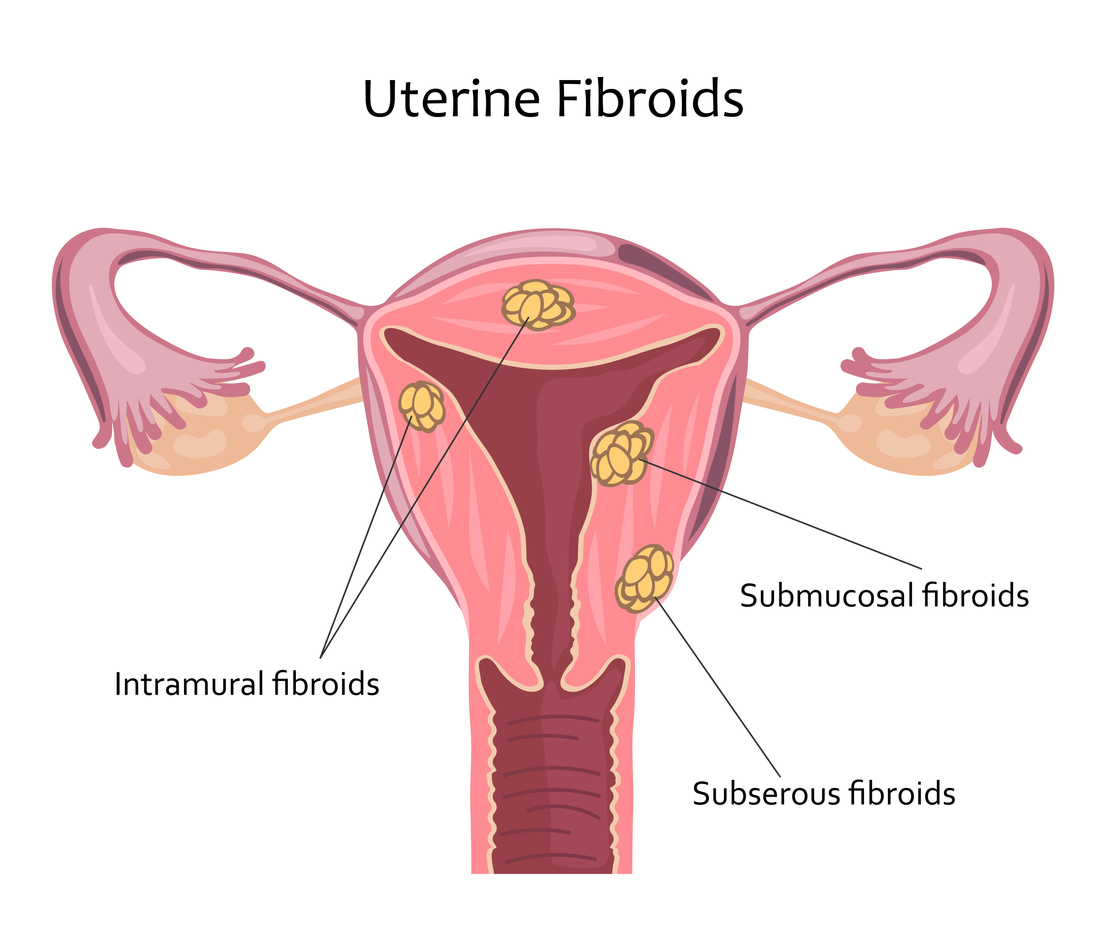 But while small and non-symptomatic fibroids do not require treatment, a new drug, Ulipristal Acetate, is an effective therapy for those with abnormally large myomas but do not want surgery or for whom surgery is not an option.

That’s a major step forward from even 10 years ago, when most gynaecologists would recommend a hysterectomy or, at the very least, a myomectomy to remove the tumours but not the womb. “The problem is that more and more women want to preserve the uterus

for a lot of reasons. It's regarded as a very important part of the body because it's responsible for pregnancy, and this has made many women reluctant to go under the knife,” he explained.

Uterine fibroids can range in size from as small as a mung bean to as large as a watermelon. You can have multiple fibroids or just one. They are fairly hard and dense in nature and can be found in almost every part of the uterus. Intramural fibroids are the most common and refer to uterine fibroids that grow within the muscular uterine wall.

They can distort the uterine cavity or uterine wall, leading to abnormalities. Subserosal fibroids are on the outside of the uterus and may project into the surrounding outer uterine tissue layer. This type of uterine fibroid is usually asymptomatic, other than perhaps

pressure on the bladder or rectum.

The last type is submucosal fibroids which are quite rare and are in such a position that, when they grow, they can push into the uterine cavity. They are usually found in the muscle beneath the inner lining of the wall and can result in the distortion of the uterine cavity, and often cause menstrual disorders.

The best option for diagnosing and monitoring the size of fibroids is high-frequency sound waves or ultrasound. This includes both lower abdominal ultrasound and transvaginal ultrasound, both of which provide accurate, precise results. There are also medications

Now, though, doctors have another weapon in their arsenal – Ulipristal Acetate, a drug in the Selective Progesterone Receptor Modulator (SPRM) class of medications with predominantly inhibitory effects on the progesterone receptor. It is currently available in 5-mg tablet form and has been approved for two main therapeutic indications: treatment of uterine fibroids prior to surgery and as a course of treatment for uterine fibroids in patients who are not eligible for surgery.

Donnez explained he prescribes two courses of UPA each lasting three months with a short break in between and that the results had been satisfactory.

“The heavy bleeding stopped, the pressure decreased and the tumour shrank. Of course, it is possible that some women will again experience heavy bleeding four or five years later, in which case we can start another course of treatment. We found that the tumour decreased around 30 per cent in volume after the first course and the second course can maximise the effect with 50 per cent decrease in volume. For the bleeding we found that it stops after six days medication,” Donnez said.

Patients who should not take the UPA medication include those who are allergic to major components or excipients in the medication, women who are pregnant or lactating, patients experiencing vaginal bleeding for unknown causes or due to causes other than uterine fibroids, patients with uterine, cervical, ovarian or breast cancers and patients with abnormal liver function or liver disease.