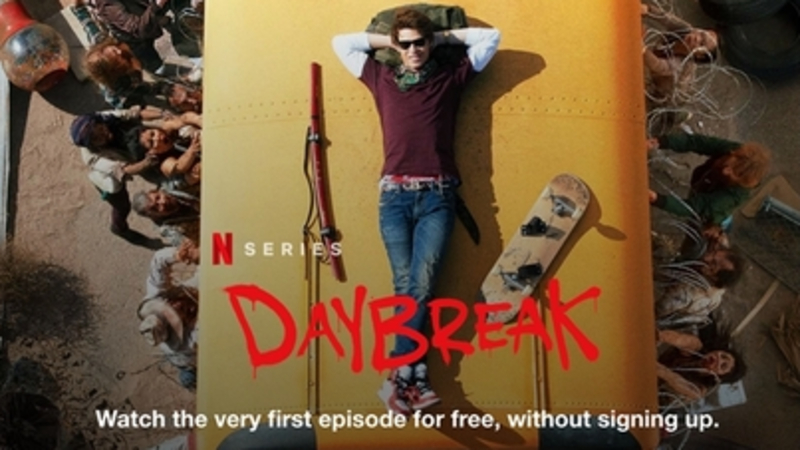 From Thursday (October 24), the first episode of Netflix's series “Daybreak” will be available for free (even for those who do not have Netflix) to everybody in Thailand. The episode can be watched via Chrome browser on mobile devices as well as desktop computer. The drama is a romantic comedy based on a graphic novel set in Glendale, California. 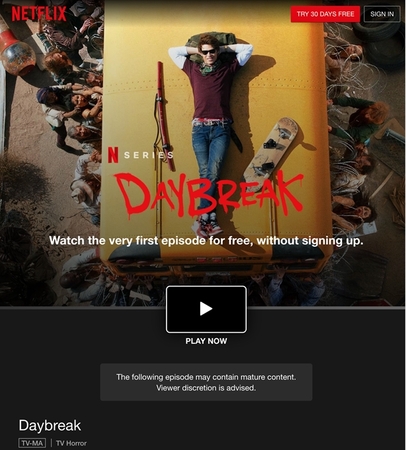 The story is about Josh, a 17-year-old high-school outcast, who must navigate a post-apocalyptic world full of zombies to find his girlfriend Sam. His story is told between flashbacks of his last week at school, when he meets Sam, just before their world is torn apart by a nuclear strike. Josh’s task is to stay alive as he fends off a horde of Mad Max-style gangs (football teams), ghoulies and stark nature. His aim is to seek survivors who can provide clues to Sam’s whereabouts, as viewers get to watch him grow from an outcast into the leader of a faction trying to restore law and order.

The first episode is available now at www.netflix.com/daybreak