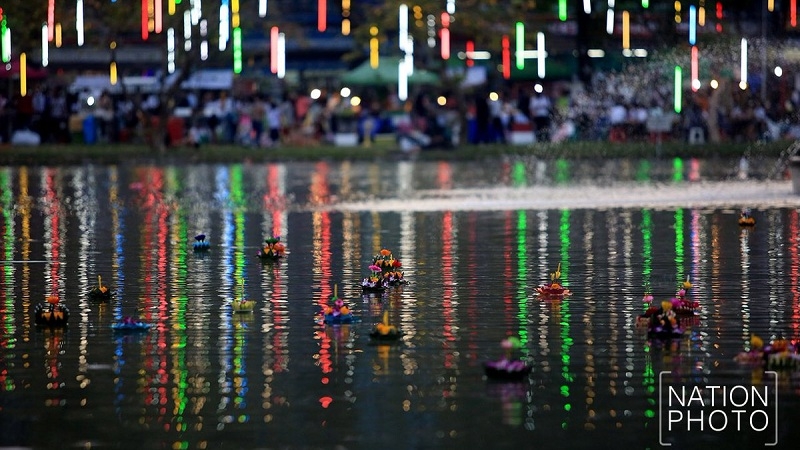 He also announced a list of 30 public parks elsewhere across the city that will host events that evening and urged everyone to use only natural materials to build their krathong floats to avoid polluting the streams and ponds.

He asked that families have just one krathong each to lessen the waste.

Alcohol, fireworks and floating lanterns are being discouraged.

There will be no floating of krathong allowed at six of the parks – Suan Luang Rama IX, Queen Sirikit, Watchara Phirom, Benjakitti, Siri Phirom and Bueng Nong Bon.

Last year, Bangkok city workers retrieved 841,327 krathong from waterways, of which almost 95 per cent were made from materials that readily decompose. The rest had Styrofoam structures.

The parks to visit for Loy Krathong fun:

Keep up to date with the plans at www.bangkok.go.th.