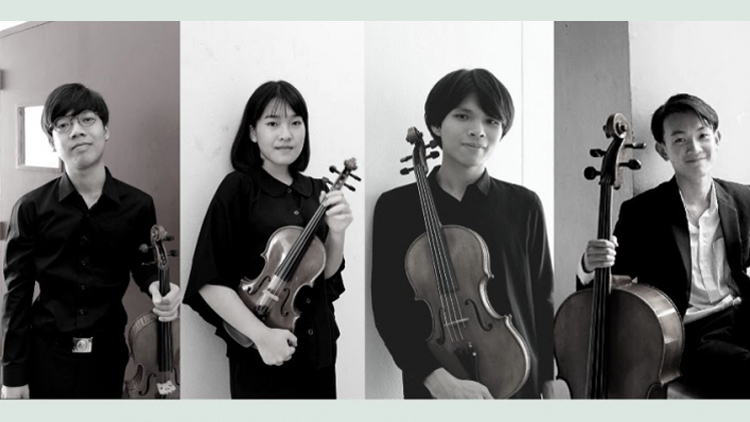 Neilson Hays Library has organised a special concert on Sunday (December 15) by a string quartet from the College of Music at Mahidol University.

The concert will feature classical compositions and songs to usher in the festive season.

In the first part of the concert, the string quartet will play compositions by Wolfgang Amadeus Mozart, Ludwig van Beethoven, Karl Jenkins, Astor Piazzolla and other composers, while in the second part they will be playing traditional carols and popular Christmas songs.

Patis Intaramaha (violin) is currently studying under the Western Music Performance programme at the College of Music, Mahidol University, under the tutelage of the Thailand Philharmonic Orchestra Concertmaster.

Omiros Yavroumis is a principal of second violin for Mahidol Symphony Orchestra, concertmaster for Salaya Chamber, and has participated in many quartet groups.

Warubon Chongtron (violin) is studying at the Music Programme at the College of Music,  Mahidol University.  She is a member of the Mahidol Pre-College Orchestra and the highly prestigious Princess Galyani Vadhana Institute of Music Youth Orchestra.

Krittaboon Doktoey (viola) has been studying at the College of Music Mahidol University with Danny Keasler. He has participated in several chamber music concerts and has been a member of Salaya Chamber since 2016.

String Quartet No 2 in A minor, 1st movement – Felix Mendelssohn;

Joy to the World – Traditional Carol;

Tickets can be purchased online at the library, or reserve seats by calling 02-233-1731, or emailing [email protected]

The organisers have urged people to use taxis or public transportation due to limited parking space.

"The Strings: Classical and Christmas"