A worker shows the miraa leaves he picked at a farm near Maua. MUST CREDIT: Photo for The Washington Post by Luis Tato

MAUA, Kenya - It's an unassuming little red-and-green leaf, but the powers unlocked by chewing it have hooked millions of people around the world, made it one of Kenya's leading exports and gotten it banned in the United States and much of Europe.

Known as miraa in Kenya and Somalia and qat, or khat, in Arabic, its users say munching it for a few hours makes them alert and talkative, much like coffee would. But the potency of the leaf starts to wane as soon as it is picked off the tree, presenting a major challenge to suppliers in this more than $400-million-a-year industry: how to get it from the hills of central Kenya - the miraa heartland - to Nairobi, Mogadishu and other hubs of its biggest fans - the Somali community - without delay. 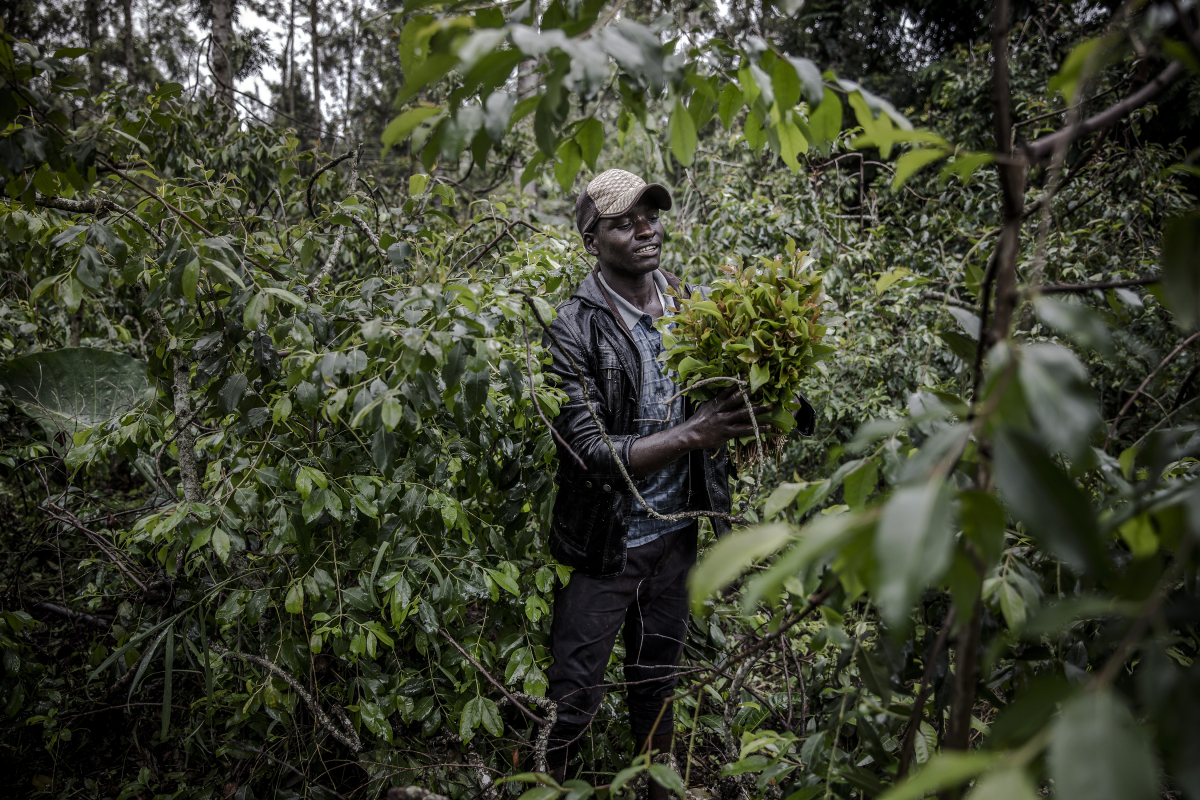 The answer lies in a breakneck production cycle in which the leaves are plucked, sorted, bundled and shipped in wildly careening pickup trucks to distribution centers in Nairobi, 180 miles away, in just a few chaotic hours.

The business, which is legal in Kenya, is run by trade organizations that operate like mafias. Numerous suppliers have been investigated for allegedly using unlicensed planes to fly miraa to Somalia from Nairobi, as well as allegedly using the trade as a front for money laundering. The Washington Post witnessed evidence of child labor in one miraa sorting warehouse in Maua. 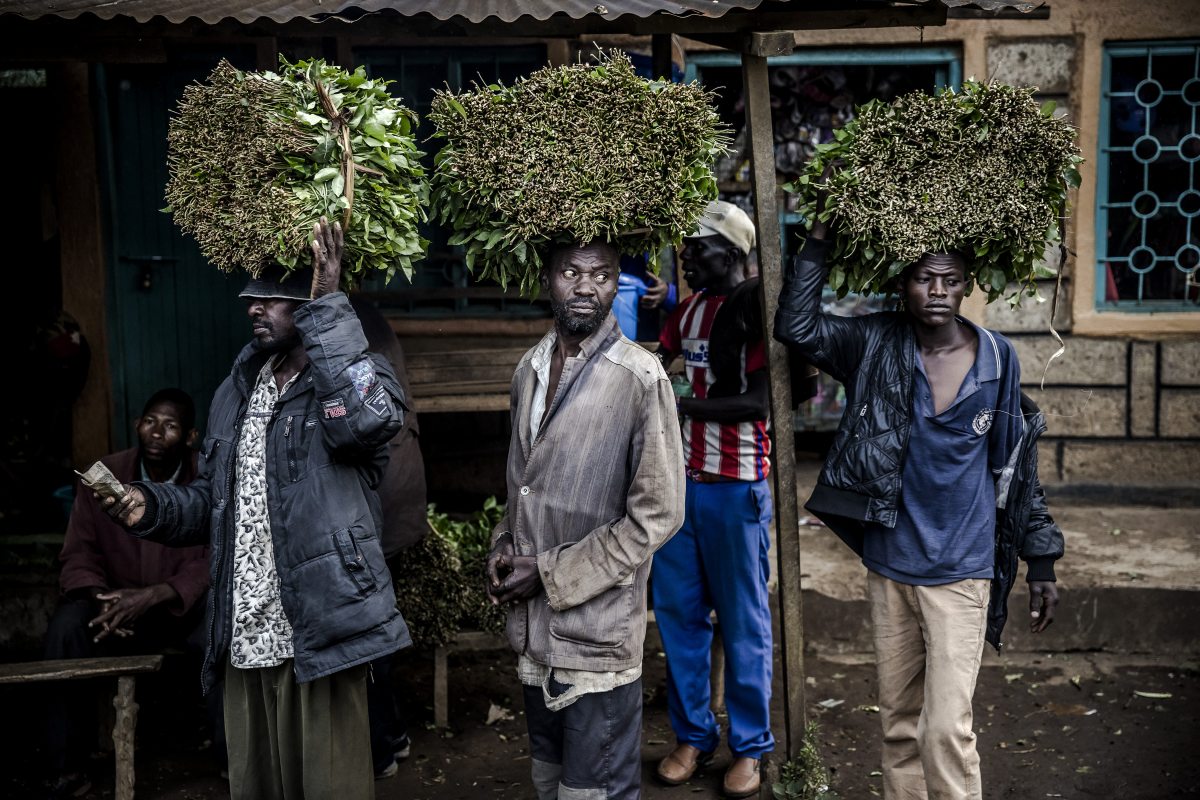 The United States, Britain and other European countries have banned the leaf, classifying it as a drug even though its addictiveness has not been proved. Producers say the bans are absurd, even racist. Half a million Kenyans rely on miraa for their livelihood, according to the Kenyan government. Daniel Ngolua, a miraa farmer, calls it a "cultural treasure for us." 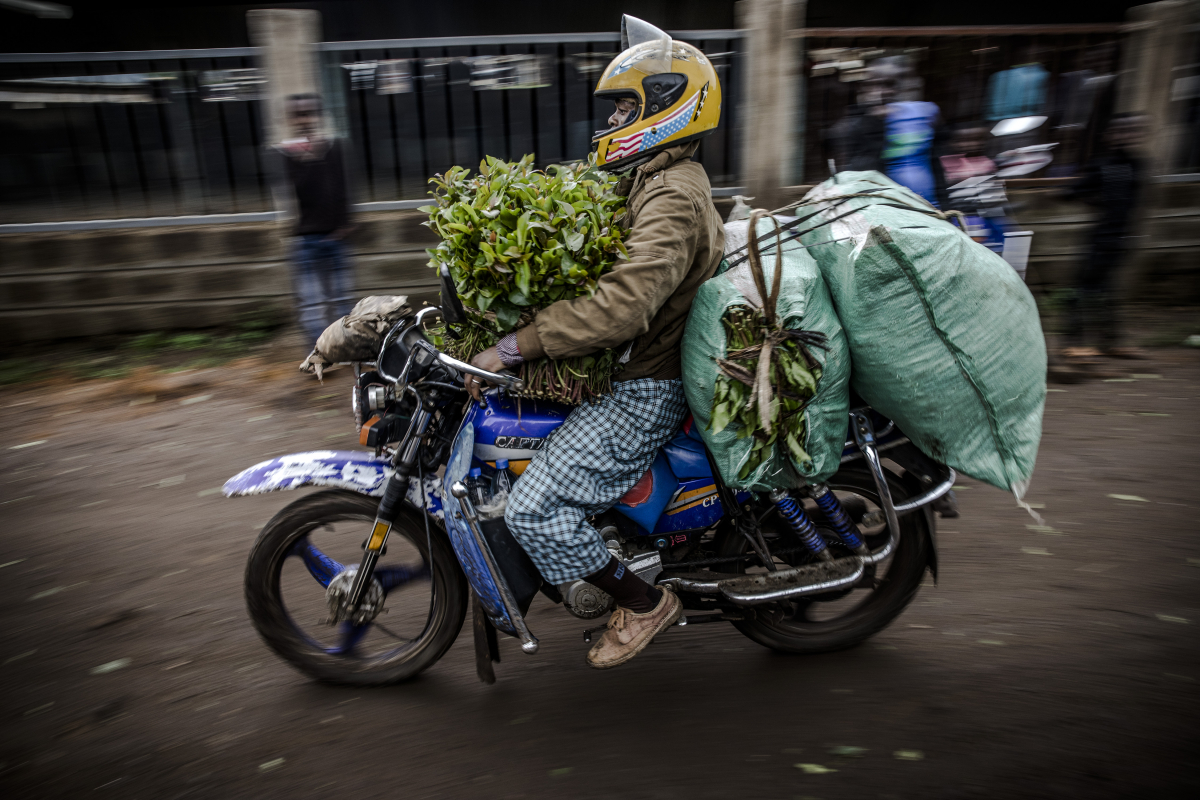 The bundles of delicate miraa leaves are packed in sturdier banana leaves and loaded by the ton into the beds of pickup trucks.

The ride to Nairobi from Maua is a three-hour roller coaster along winding country roads, speeding constantly at 100 mph without touching the brakes, through busy towns and villages, flying over speed bumps, running dozens of cars and pedestrians off the road along the way. Bystanders cheer the drivers on like action-movie heroes. Drivers say they are always balancing the risks with the payoff. 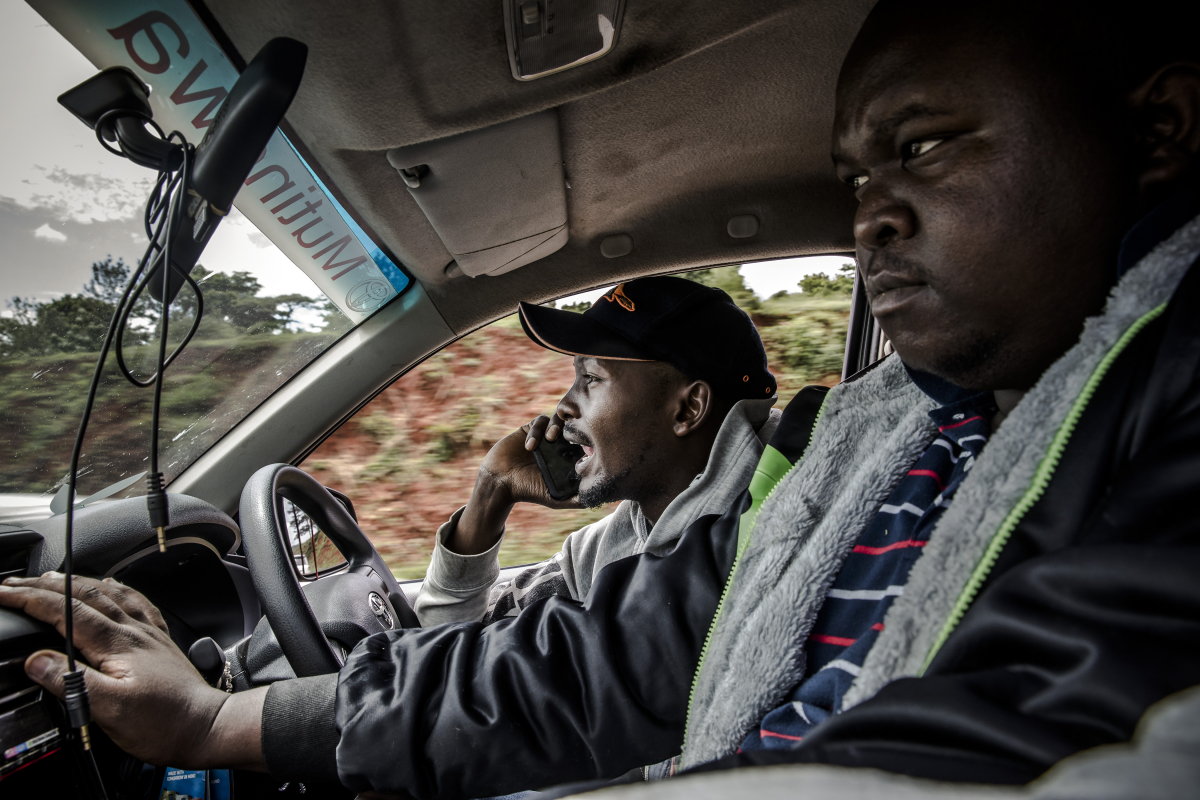 Benjamin Karengea, 30, has done the drive from Maua to Nairobi once a day, every day, for eight years. "It is a very dangerous work but, what can I do? It provides for me and my family," he said. "I am Christian and I have faith. The only thing I can do before taking off is pray." 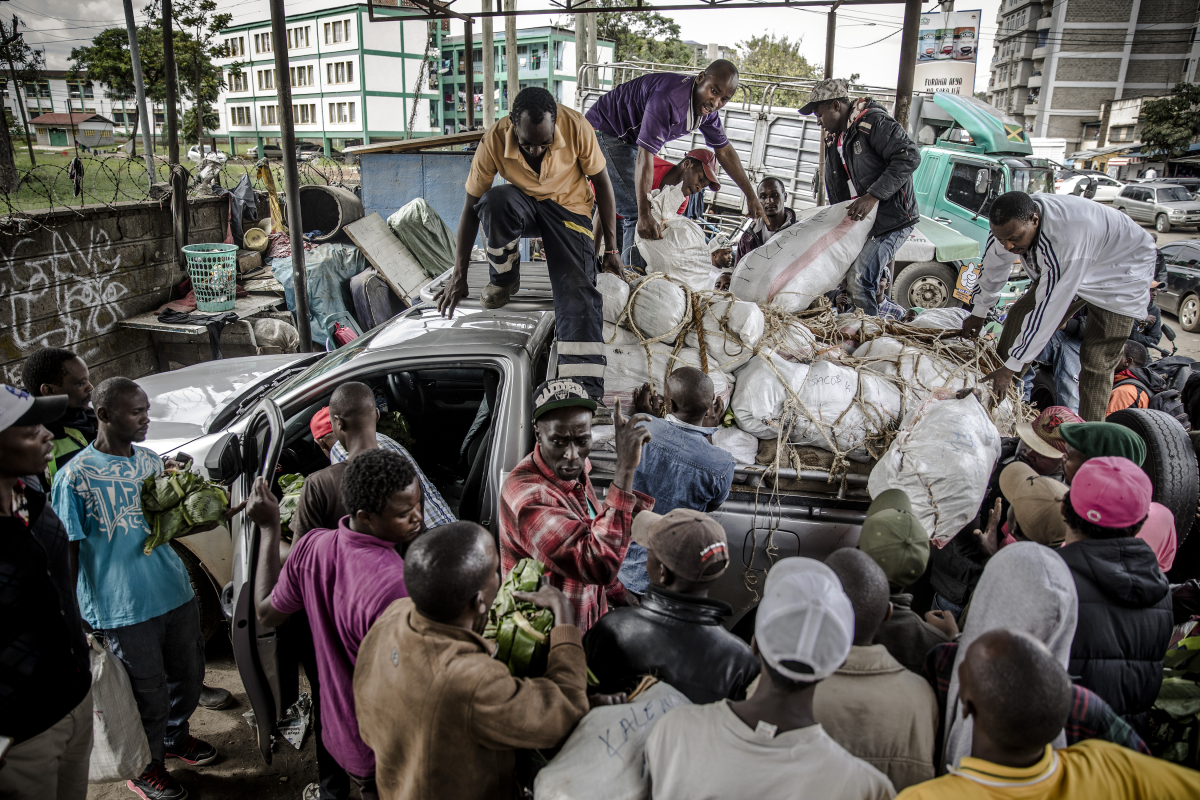 Many of the trucks head for Nairobi's Little Somalia, Eastleigh, while the rest goes straight to the international airport for shipment to Somalia.

The Post was granted access by the Kenya Airport Authority to witness the loading process, but hesitant traders and cargo operators blocked a photographer from taking photos.