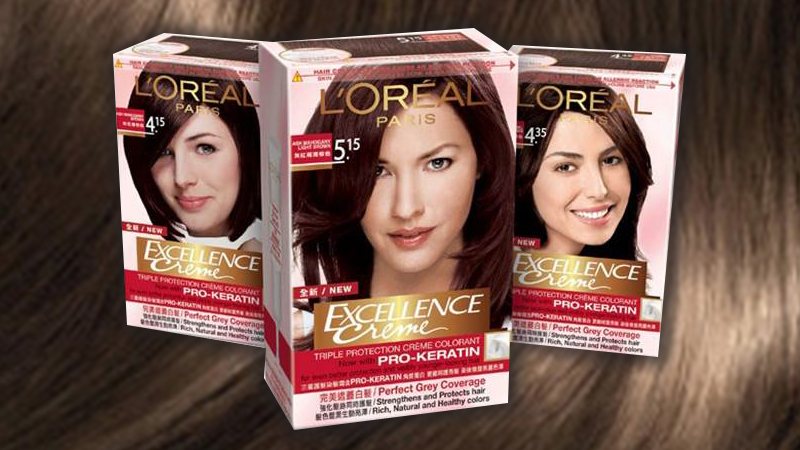 By Special To The Washington Post · Ronnie Cohen · HEALTH

When Keanu Reeves walked into a Los Angeles gala holding hands with artist Alexandra Grant, fans applauded the 55-year-old actor for choosing an "age appropriate" romantic partner. Most striking about Grant, 46, was her steel-gray hair.

Why wasn't she coloring it? In an Instagram post, she explained: In her 20s, she began graying, and she covered it with various shades of dye until she could no longer tolerate the chemicals.

Grant is among a growing throng of women who are naturally fading to gray. More than 350,000 women have posted Instagram photos using the #grannyhair hashtag. Between 2017 and 2018, Pinterest saw a significant jump in the search term "going gray."

"With influential people like Billie Eilish dyeing their hair gray, people of all ages are incorporating the look, and many who are naturally gray are no longer trying to cover it up," Swasti Sarna, Pinterest's insights manager, told The Washington Post.

Ironically, while young women spend as much as $1,000 to bleach and color their hair titanium, blue steel, smoky gray and gunmetal, older women continue to feel compelled to cover up their silvers.

At the same time, longtime slaves to hair color are ditching the dye.

In Facebook groups called Gray and Proud, Going Gorgeously Gray and Silver Revolution, tens of thousands of women share photos and tips on how to quit color and avoid looking like a raccoon. They ask if revealing their true color would mean losing their sex appeal, their credibility at work, their clients, their jobs?

New research adds another question. Is there a risk of harm from the chemicals?

A study published last month in the International Journal of Cancer reported that African American women who colored their hair with permanent dye every five to eight weeks were 60 percent more likely to be diagnosed with breast cancer than women who didn't color. No cause and effect was established, and all of the women in the study had a family history of breast cancer.

For white women, the numbers were less striking but still elevated. Those who dyed their hair every five to eight weeks were 8 percent more likely to be diagnosed with breast cancer, researchers found.

Researchers and breast cancer specialists were circumspect about the findings.

"I have to say I'm not overwhelmingly convinced. This isn't a slam dunk by any means," said Laura Esserman, a breast surgeon who directs the Carol Franc Buck Breast Care Center at the University of California at San Francisco. She was not involved with the study. "It's worth looking into. But this is a very small effect."

Researchers followed 46,709 women between the ages of 35 and 74 over an average of eight years. All participants had at least one sister who had been diagnosed with breast cancer but none had been diagnosed themselves when they enrolled in the study. The majority, 55 percent, reported using permanent hair dye.

Breast cancer rates generally are similar for black and white women. But black women tend to be diagnosed with more aggressive forms of the disease, and it is more likely to kill them.

White, an epidemiologist who heads the National Institutes of Environmental Health and Cancer Epidemiology Group, described the new findings as "concerning" but far from definitive.

"We wouldn't make any recommendations off these findings," she said. "We need more evidence."

"It's not as clear as smoking and lung cancer," said Doris Browne, a medical oncologist and a former president of the National Medical Association. Two of her six sisters had breast cancer, and she participated as a subject in the study.

She sees the results as a warning. "But I can't say if you dye your hair and are African American, you are going to get breast cancer. It heightens our awareness, but we still need more data before we can say to women that it may increase breast cancer risk," she said.

"Hair dye is just all chemicals," said Stephanie Bernik, chief of breast surgery at Mount Sinai West in New York. "You've got to think something's not good for you. We know some of these chemicals are carcinogenic."

Yet Bernik, who was not involved with the study, and Esserman both said the findings had not persuaded them to counsel their patients on hair-dye use unless they asked.

Other recent studies also have reported increased risk for breast cancer, as well as bladder cancer, in women who dyed their hair. Although the American Cancer Society says the research is not definitive, it also points out that the U.S. National Toxicology Program has classified some chemicals used in hair dye as "reasonably anticipated to be human carcinogens."

Some doctors advise women not to color their hair while pregnant, or at least not during the critical first trimester, according to the American Cancer Society.

White and her team found little to no increase in breast cancer risk in women who colored their hair with anything except permanent dye. But women who reported applying semi-permanent color to their friends' or relatives' hair at home experienced an elevated risk of breast cancer.

Permanent dye causes lasting changes to the hair shaft and stays in the hair until it grows out. Temporary dye washes out after a shampoo or two, while semi-permanent tends to hold for up to 10 shampoos.

Researchers did not ask women whether they had their hair dyed in a salon or at home. They only asked if participants dyed other people's hair nonprofessionally. So the question remains whether black women could be more vulnerable because they are more likely than white women to color their hair at home.

Bernik suggested that women concerned about hair dye and breast cancer risk have a professional stylist color their hair with semi-permanent dye.

"If it's done at home, you're wearing gloves that are probably not necessarily the greatest," she said. "The person who's doing it nonprofessionally is getting it all over. It's all about exposure and absorption."

Even professionals struggle to follow manufacturer guidelines while handling dye, said Whitney Murphy, a hairstylist who advises other stylists about chemical safety and owns the Parlor Seattle.

"No one's really taking the chemical safety part seriously," Murphy said. She blames the chemicals in hair products for her own breathing problems, migraines and rashes and believes stylists need higher quality protective gear than what they use.

Congress has charged the Food and Drug Administration with regulating the safety of cosmetics, including hair dye. But the FDA does not approve every ingredient and generally leaves the responsibility for product safety to manufacturers. Companies are allowed to omit chemicals from product labels if they are fragrances and if they consider them a secret ingredient in the product formula.

"Just because something is on the shelf does not make it safe," warned Tamarra James-Todd, an epidemiologist and professor at the Harvard T.H. Chan School of Public Health in Boston.

"Chemicals are not like people, but that's the way they're treated," said Jayne Matthews, co-owner of Edo Salon in Oakland, California. "They're innocent until proven guilty."

James-Todd, who was not involved in the study, researches the effect of hair products on black women's health. She says that research should be done into products African American women may use daily, such as shampoos, conditioners, oils and styling products.

"We have to think about the full pattern of exposure people have," she said.

The lack of clarity leaves some women in a quandary. Ingrid DeMoss, an African American relocation director for a luxury real estate company outside of Dallas, covers her grays with dye every six weeks.

"That is a must," said DeMoss, who declined to state her age. "I work with relocating people in a high-end luxury brand. I have to have a corporate or professional look."

Her mother, who is 72 and plans to go to her grave with her gray covered, has been treated for breast cancer. Consequently, DeMoss said the new study cranked up her own anxiety.

"I definitely have been thinking about it because I would rather be healthy and live than look great and die," she said.

On the other hand, she can't imagine walking into her office with gray hair, even though she knows attitudes are changing. Her older sister, Traci DeMoss Byerly, has scored modeling gigs with her mostly salt with a little pepper Afro and wrote a book titled "Unapologetically Gray."

Her hair started turning when she was 18, said Byerly, who is 52 and lives in Fort Worth. "People said, 'You really should dye your hair; you're too young for that.' Guys would say, 'You're so beautiful, but you should do something about your hair.' "

Then one day she looked in the mirror and said to herself: "This is me. If a man cannot appreciate me in my natural state now, he never will."

"I began to picture my gray hair as my tiara," she said.

Regina Berenato Tell, 52, found her first gray hair at 19 and zealously covered it from 25 through 50. Then, rather than break a date with her hairdresser, she missed her best friend's birthday party. That is when she realized she could no longer stand the thought of being stuck in a salon chair every three weeks.

Tell, who works as a stenographer on Capitol Hill, said letting the dye grow out hasn't led to the ageism some professional middle-aged women fear.

"As a matter of fact," she said, "I think people take me more seriously now."