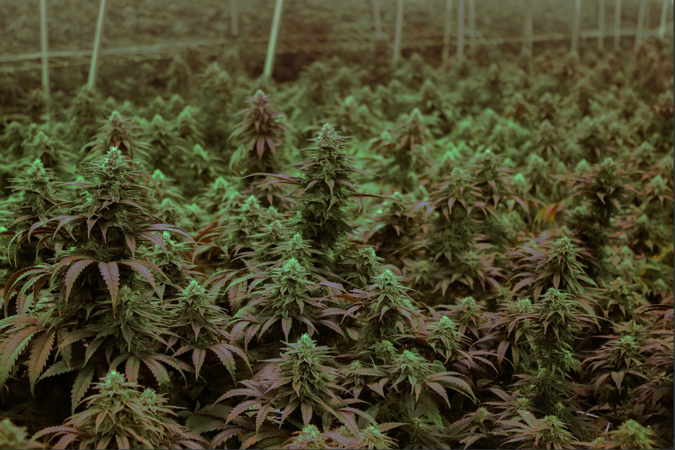 The percentage of Washington state drivers involved in fatal crashes who tested positive for marijuana has doubled since the state legalized the drug for recreational use, a new study has found.

The study by the AAA Foundation for Traffic Safety suggests the growing use and acceptance of marijuana could be increasing the risks of driving, AAA officials said.

"If a state were to legalize marijuana for recreational use, it's reasonable to assume that THC-positive drivers will start to show up more in fatal crashes," said Jacob Nelson, AAA director of traffic safety advocacy and research.

But AAA officials also acknowledge that the study found only a correlation, not a causative link. Over the study period, traffic fatalities declined overall. The study also reflects some of the unknowns and difficulties that remain in consistently analyzing marijuana's effects on drivers and creating the sort of legal framework and law enforcement methods used to combat drunken driving.

Yet safety activists said the more researchers learn, the greater the urgency in assessing the impact of marijuana's legalization on highway safety and taking government action to address it.

"We know that marijuana impairs drivers," said Helen Witty, president of Mothers Against Drunk Driving (MADD). "And while MADD doesn't take a position on the legalization of recreational marijuana, we do strongly take a position on driving after using marijuana or alcohol, or any drug, simply because it kills people."

The AAA Foundation found that the percentage of Washington state drivers in fatal crashes who tested positive for THC increased from about 9 percent in the five-year period before legalization to about 18 percent in the five years afterward. About 1 in 5 drivers involved in fatal crashes in 2017 tested positive for THC, which stands for tetrahydrocannabinol, the psychoactive ingredient in marijuana.

Initiative 502 legalized possession of small amounts of marijuana for recreational use in Washington as of December 2012. The law also set a legal threshold for marijuana use for drivers that is similar to the blood alcohol limits of 0.08 percent in most states. It prohibits driving at 5 or more nanograms of THC per milliliter of blood, AAA says. There is zero tolerance, however, for drivers under the age of 21.

The AAA study, relying on 10 years of Washington state traffic data, expands on a previous look at the possible effects on traffic safety there after marijuana became legal for recreational use.

There were 6,721 drivers involved in fatal crashes in the state over the 10-year period, and nearly 90 percent of them died. AAA says the study accounts for variations in the percentage of victims who were tested for drugs and alcohol, and further variations as to whether authorities conducted blood or urine tests. By 2017, 89 percent of all those who died were subjected to blood tests, the study says.

Other studies have provided evidence that legalizing marijuana for recreational use has increased the dangers of driving. The Insurance Institute for Highway Safety reported in 2018 that, on the basis of collision claims, the crash rates in Colorado, Nevada, Oregon and Washington rose by as much as 6 percent since the first of those states legalized marijuana in 2012, compared with neighboring states that had not legalized it.

And yet Washington state's fatal crash rate per miles traveled has been lower than the national average and generally has followed the same downward trend since 1980, according to annual collision data from the Washington State Transportation Department. There were 480 fatal crashes in 2008, compared with 403 in 2012.

Meanwhile, developing a consistent method of testing for and assessing a person's level of impairment has been difficult. Science is still not clear on a consistent link between THC blood levels and impairment, which can vary widely depending on a user's habits, body type and other factors. Metabolism can diminish the psychoactive effects from anywhere to 90 minutes to three hours or so after use.

There is no testing device for marijuana that's widely accepted by law enforcement or thought to be as generally reliable as the Breathalyzer or other breath-testing methods.

"The scary thing about marijuana is we don't have the standard for impairment on marijuana as we do for alcohol," Witty said. But she also said the same simple message that applies to alcohol applies to marijuana or opioids and other powerful, mind-altering prescription drugs: If you use them, don't drive.

Nelson, citing a 2018 AAA driver survey, said about 27 percent of respondents thought it was very likely that a driver would be caught by police if the person was driving with a blood alcohol level above the legal threshold for being intoxicated. But only about 10 percent thought that would be true of someone driving an hour after using marijuana. Too many people, he said, apparently think they can avoid getting busted - or having a crash - after getting high on weed.

"It's not surprising then to see what we see in Washington state," Nelson said. "We have a lot of work to do."