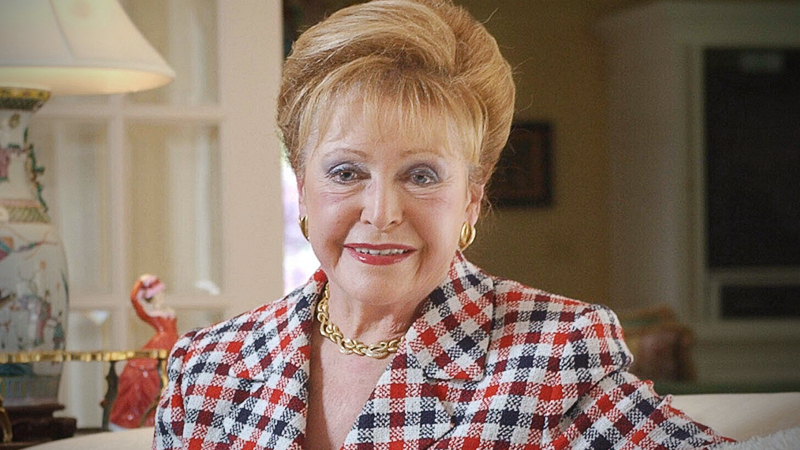 Mary Higgins Clark, who as a widowed mother of five in her 40s began a long reign as one of the most successful crime writers of all time, pouring out novel after novel about resilient women befallen by unnatural deaths, disappearances and wicked criminal deeds, died Jan. 31 in Naples, Florida. She was 92.

Her death was announced on her website and by her publisher, Simon and Schuster. The cause was not immediately available.

Known to her legions of fans as the "queen of suspense," Clark was an almost instant sensation with the publication in 1975 of her first thriller, "Where Are the Children?" The story centered on a mother who, not for the first time, must prove her innocence when her children go missing.

Clark, who until then had struggled alone to support her family, described herself in that moment as a "prospector stumbling on a vein of gold."

Her output included dozens of novels that sold tens of millions of copies in hard copy, in paperback and in translation. Few if any critics placed her writing in the category of high literature. But Clark had discovered a crowd-pleasing - and profitable - formula for fictional crime.

After selling her first book for $3,000, she collected $1.5 million, including paperback rights, for her second novel, "A Stranger Is Watching" (1977), about a kidnapping in New York City's Grand Central Station.

In 2000, after increasingly generous advances over the years, Simon and Schuster awarded Clark a $64 million contract for five books. The deal made her, per volume, the highest paid female writer in the world, the New York Times reported.

Her books were practically guaranteed to be page-turners from their covers, which often were emblazoned with the words MARY HIGGINS CLARK in type larger than the font used for their shuddersome titles.

They included "The Cradle Will Fall" (1980), about a sinister obstetrician-gynecologist; "Loves Music, Loves to Dance" (1991), about a killer who stalks the personal ads; "Let Me Call You Sweetheart" (1995), about a plastic surgeon who modifies his patients' faces to resemble the visage of a murdered woman; and "Daddy's Gone A Hunting" (2013), a dark tale of family secrets.

In addition to her novels, Clark wrote short stories, children's books and a memoir, "Kitchen Privileges," that recounted a life marked by hardship, including the loss at a young age of her father and the deaths of two brothers. Like many of her fictional heroines, she overcame adversity with plucky self-reliance.

A typical Mary Higgins Clark protagonist was a self-possessed, professional woman whose life, through no fault of her own, was struck by evil.

"My people are never looking for trouble," the author once told the Times. "The example I use is this: a young woman is in a see-through blouse and a black leather miniskirt and walks along Ninth Avenue at three in the morning. Something happens to her, you say, 'My goodness, that is terrible.'

"On the other hand, if you take the same young woman, and she's in her home, and she looks at her watch and says, 'Oh gosh, it's time to pick up the baby from Mother's,' and she gets in the car and at the end of the driveway, from the floor of the back seat someone says, 'Don't turn right, dear. Turn left,' then she is your sister or your daughter and you become emotionally involved in it. I write about nice people whose lives are in danger."

Her narratives, while not often lauded for their subtlety, were highly readable.

"Elizabeth began to shiver uncontrollably at the image she could not banish from her mind," Clark wrote in "Weep No More, My Lady" (1987). "Leila's beautiful body, wrapped in the white satin pajamas, her long red hair cascading behind her, plummeting forty stories to the concrete courtyard. . . . If I had stayed with her, Elizabeth thought, it never would have happened. . . ."

Clark extensively researched the topics addressed in her fiction. She attended murder trials and confirmed medical terminology with doctors. Attempting to describe a New England murder, she contacted the Coast Guard to determine precisely where a body might wash ashore if it were dumped in the waters off Cape Cod.

Many of her plotlines were inspired by crimes recounted in the news. Once, she told The Washington Post, she heard a broadcast in Chicago about a man who had hidden in a couple's attic for a month. When eventually he ambushed the woman, he repeated to her the conversations he overheard in the bedroom she shared with her husband.

"Imagine the terror of that - a man who comes in and out of the attic and eavesdrops," she said. "Such a marvelous idea!"

Clark, who was Catholic, abstained from the gory and the risque, a decision that was said to have resulted in TV and movie deals that were less lucrative than those obtained by thriller writers who did not similarly restrain themselves. On the printed page, however, her stories were blockbusters.

"You want to be number one," Clark once told the Boston Globe, recalling her purchase of "Carolina Moon," a Nora Roberts suspenseful romance that had been behind her own book on the paperback bestseller chart. "Then she bumped me. That copy could have put her over the top!"

Mary Theresa Eleanor Higgins was born Dec. 24, 1927, in the New York City borough of the Bronx. Her father, an Irish immigrant, owned and operated a bar and grill that catered to the local Irish-American community. He struggled during the Depression and died in his sleep one day while Mary was at church.

His widow took in boarders, offering them "kitchen privileges," a phrase Clark resurrected years later for her memoir. One of three children, Clark outlived both her brothers: Joseph died of meningitis while serving in the Navy during World War II, and John died after slipping down a flight of stairs when he was in his 40s.

As a teenager, Mary worked as a telephone operator at a hotel where she said she listened in on the conversations of a then-unknown playwright, Tennessee Williams. She went to secretarial school before joining a friend as a stewardess with Pan American World Airways. After a year of flights to Europe, Africa and Asia, she came home and was married in 1949 to Warren Clark, a longtime acquaintance.

While raising their children, she nurtured an interest in writing and endured the disappointment of rejection slips before selling her first story, "Stowaway," in 1956 to Extension magazine for $100. Its protagonist was a flight attendant who discovers a member of the Czech underground hidden on her plane.

Clark's husband died in 1964 after suffering from a chronic heart ailment that had made life insurance unattainable. To support her family, Clark began writing radio copy. A program called "Portrait of a Patriot" led her to write her first book, a historical novel about George Washington titled "Aspire to the Heavens" (1969). She said that booksellers contributed to its poor sales by mistakenly shelving it in the religion section.

Undeterred and seeking inspiration for her next effort, she perused her own book collection and realized that a large portion of her library consisted of suspense novels. Stealing time to write in the early-mornings before her children awoke, she produced another manuscript that became "Where Are the Children?"

"An old house perched near the sea, a beautiful woman pursued by a ghoulish murderer with a one-track mind, an ominous storm that wipes out all connection to the outside world: The classic elements of Gothic fiction are alive and kicking in Mary Higgins Clark's very first thriller," mystery reviewer Maureen Corrigan once wrote in The Post. "What's also evident is Clark's determination to renovate the time-honored but creaky Gothic formula and give its heroines something more to do than shiver and swoon."

Clark's financial success allowed her to return to school and receive, in 1979, a bachelor's degree in philosophy from Fordham University in New York. She had several homes, including an apartment near Central Park that was noticeably similar to the abode of a regular character in her fiction, the former cleaning lady Alvirah who wins the lottery.

In one book, Alvirah is poisoned and would have died if not for the intervention of Clark's daughter Carol Higgins Clark, who typed her mother's manuscripts and became a mystery writer. Together they wrote books including the holiday-themed mysteries "Deck the Halls" (2000) and "Dashing Through the Snow" (2008).

Clark's second marriage, to lawyer Raymond Ploetz, was annulled. In 1996, she married John Conheeney, a retired Merrill Lynch executive. A complete list of survivors was not immediately available.

Clark, a former president of the Mystery Writers of America, found that her genre offered reassurance amid the precariousness of life.

"We all hang by a thread, and there are many things we cannot choose about our lives. It's how we react to the inevitable that counts," she once told an interviewer. "At the end of a suspense novel or a mystery the problem is solved, the culprit is punished, satisfaction has been taken for the victim's life. And I think there is a sense of harmony that we too often don't find in life."