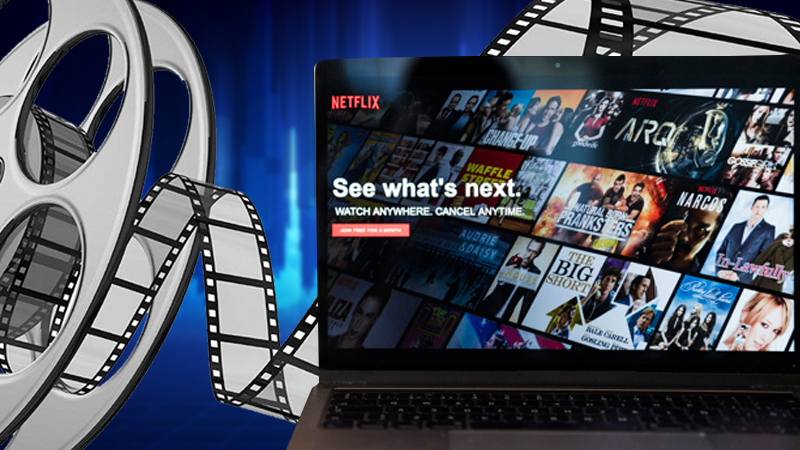 The Sundance Film Festival long has been a place where independently made movies slowly get absorbed into the Hollywood mainstream - a snowy paradise where boutique film buyers come every winter in search of the next big theatrical hit or Oscar nominee.

In the age of tech dollars and subscription business models, Sundance - like so much else in entertainment - has changed. The country's preeminent showcase for independently financed and produced films, which ends this weekend, has quietly become a different beast.

Gone are the days when prestige-oriented studios justified buying a "Little Miss Sunshine" or "Winter's Bone" with the hope they would slowly make inroads in theaters.

Now, instead, the world's largest media and tech companies spend top dollar - often well above what traditional buyers offer - to land a movie that can be deployed for bragging rights among competitors and potential subscribers. There's often little by which to gauge what impact, financial or cultural, the movie eventually has; the acquisitions are simply submerged into the well of a streamer's offerings.

Experts see far-reaching - and dramatic - consequences in the development.

In interviews with eight film executives, producers and sales agents, many of whom spoke on the condition of anonymity so as not to upset negotiating partners, a portrait emerged of a sales market radically remade by the streaming era.

At this year's Park City, Utah, gathering, Disney-owned streamer Hulu paid $17.5 million for "Palm Springs," a high-concept romantic comedy from Andy Samberg and the comedy collective Lonely Island. It is the most expensive deal in Sundance history. (The sale was characterized as a joint acquisition with the independent distributor Neon, which will help raise the film's awareness by handling a theatrical release.)

Few box-office experts believe the movie could actually break even theatrically. Even if the companies somehow spent not a penny on marketing, the film would have to do at least $35 million in ticket sales, an exceedingly high number for an independent comedy. (Theatrical distributors typically collect about half of box-office grosses in the United States.) Instead, the money was spent to attract buzz - and potential new subscribers - for Hulu.

The "Palm Springs" purchase was just the tip of the spear. Three other films at Sundance sold for a price higher than the once-inconceivable ceiling of $10 million. Another streamer, Amazon Studios, bought the gay-themed period drama "Uncle Frank" for $12 million, while Apple was the key financier behind a deal to pay as much as $10 million for a documentary about Texas high-schoolers called "Boys State." (The boutique distributor A24 will put the movie in theaters.)

The only eight-figure sale that didn't involve a streamer was the $12 million acquisition by Searchlight Pictures of the thriller "The Night House" - though the company as of last year was owned by Disney.

All of this happened before two of the larger streamers - WarnerMedia's HBO Max and Comcast's Peacock - have even launched.

The trend is a major departure from Sundance precedent. In 2007 - regarded as a kind of pre-Great Recession peak of independent film - no movie was acquired for more than $10 million, even though the independent box office was thriving compared with now. The biggest deal was when a then-extant studio division, Paramount Vantage, paid $7 million to acquire "Son of Rambow," a coming-of-age British dramedy.

That year at least a half-dozen deals were made for movies between $4 million and $7 million - all, of course, to traditional theatrical distributors. Several of the acquired titles, including "Waitress," broke out at the box office.

But the tide began to turn in earnest last year when Amazon paid an estimated $13 million each for three movies - "Late Night," "The Report" and "Brittany Runs a Marathon." "Late Night" and "Brittany" were both box office disappointments, grossing $15 million and $7 million, respectively. "The Report" did not get a significant theatrical push as Amazon shifts away from theaters. (Amazon founder and chief executive Jeff Bezos owns The Washington Post.)

The idea of fewer deals for more money, experts say, has created a climate that's less about making investors whole as striking it rich - never mind the many films that strike out.

"Sundance used to be about the bottom, middle and top - it was a volume business," said James Schamus, the former head of Focus Features and an independent producer who brought a new movie called "The Assistant," which already had distribution, to screen at this year's festival.

"But in the last year it's totally changed. There are a few movies that line up cherries across the slot machine. And everyone else goes home on the Greyhound bus with quarters."

Notably, he and others say, the high-end deals are driven by companies that often care more about the ability to boast that they've landed a big fish than making a traditional investment. That has basically created two different markets under one umbrella - or one set of products being sold to two very different kinds of buyers.

As the story was set to be published, Hulu spent another $8 million at Sundance on "Bad Hair," a horror comedy.

For now, traditional companies - among them Sony Pictures Classics, Magnolia, Neon, Bleecker Street, A24, Roadside Attractions and Lionsgate - are still certainly in business. But unless they team up with a streamer, they are often buying movies below the top tier of buzz. Occasionally, they can rely on a filmmaker preferring the theatrical attention over money, as "The Farewell" director Lulu Wang and her team did when selling their movie to A24 at last year's Sundance for about $7 million, half of what an unidentified streamer was offering.

Ironically, Netflix, which made arguably the first of the eye-popping Sundance deals when it bought the historical drama "Mudbound" for $12.5 million three years ago, despite no other buyer coming close to its offer, has been relatively quiet this year. The company made no major purchases in Park City, in part because it spent a lot of money on films, including the new Taylor Swift documentary "Miss Americana," that it previously bought and brought to Sundance to promote.

Representatives for Amazon, Netflix, Hulu and Apple did not comment for this story.

Sales agents and producers are not inclined to lament a market in which prices routinely top $10 million; after all, they have a responsibility to return value to investors and incentives to increase their own payouts.

But some are hesitant about what the streaming world has wrought.

"The money that's in the marketplace is, to my mind, unprecedented," said sales agent John Sloss, a Sundance and independent-film veteran, as he took stock of the change. "Whether it's an improvement is a much more complicated question."

At least one sales agent said the trend concerned them because it could price traditional distributors out of the biggest movies - and ultimately out of the market entirely - leaving a key void.

"What happens when the streamers stop spending? Who will still be around?" said the sales agent, who spoke on the condition of anonymity so as not to ruffle feathers with potential buyers.

"And of course there's the effect on theaters," the agent added. The streamers' entree means consumers have fewer options to see these movies in theaters, while theaters have fewer shots at a breakout.

The rise of the streamers at Sundance has other long-term effects: It can shape how a movie even gets made in the first place. Traditional independent films are financed by selling off rights before cameras start rolling - a foreign territory sold here, a cable platform sold there.

But streamers almost always want to buy all rights around the world, which puts producers in a bind. No filmmaker wants to take the option of streamers off the table before they make their movie. But to do that they'd have to shun the preproduction deals that often allow an independent film to be financed in the first place.

"As buying goes more toward the streamers, you have a tough decision as a producer - a very tough decision," said Jonathan Dana, a longtime film producer who has been on both the buying and selling sides of the indie-film table. Basically, he said, filmmakers have to decide between making the film at the budget they'd like, even though it will turn off streamers - or accept a less favorable budget in the hope of ultimately landing one of those coveted streaming deals.

Past eras have seen new players descend on Sundance. Large Hollywood studios, for instance, have shown intermittent interest in opening their wallets for a buzzy title.

But insiders say this is different.

"It used to be that new companies come in spending a lot of money but under the same terms of success," said the head of an independent theatrical distributor who spoke on the condition of anonymity so as not to appear to be criticizing competitors. "You had to weather the onslaught, but at least you were all judged the same. Now you're not even playing the same game."

Another executive offered a stark analogy.

"It would be like two teams arriving at the Super Bowl," the executive noted, except one team took the field trying to score touchdowns while their opponent was trying buy a lot of hot dogs.

"How would you know who won?" the executive said. "And how much effort would you expend trying to win?"