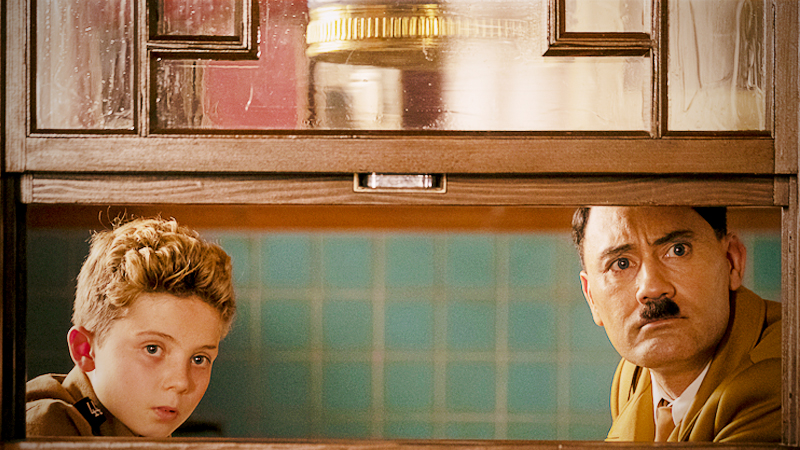 This story is part of a series evaluating the chances of all nine best picture nominees.

Fox Searchlight marketed "Jojo Rabbit" as an "anti-hate satire" - a disclaimer suggesting that the distributor expected some blowback. That's understandable, given the film's risky premise: the story of a Hitler Youth whose imaginary friend is, well, Adolf Hitler. Some festivalgoers in Toronto, where the film premiered in September, also anticipated controversy. But the resulting back-and-forth over whether the twee treatment worked was largely limited to critics and cinephiles, many of whom found the film, despite its edgy premise, to be quite tame in execution.

After the initial buzz died down, "Jojo Rabbit" reemerged as a talker when it landed multiple Oscar nominations in January, including best picture. But the feel-good flick is up against award season giants such as "1917" and "Once Upon a Time in Hollywood," not to mention the stealth awards magnet "Parasite," which has won a number of critic and industry accolades.

So does it stand a chance? Let's take a closer look.

Synopsis: Jojo Betzler, a 10-year-old German boy in the Hitler Youth, reconsiders his blind adherence to the Nazi doctrine after discovering his mother, Rosie, has been hiding a Jewish teen, Elsa, in their attic.

Starring: Roman Griffin Davis as Jojo, Scarlett Johansson as Rosie and Thomasin McKenzie as Elsa, with Waititi and Sam Rockwell in supporting roles as Hitler and a Hitler Youth leader, respectively.

Why it could win: "Jojo Rabbit" won the Toronto International Film Festival's audience award when it premiered in September, an accolade often used to predict Oscar nominees. Of the past 12 festivals, 11 films that won TIFF's audience award have also received best picture Oscar nominations; four ("Green Book," "12 Years a Slave," "The King's Speech" and "Slumdog Millionaire") ended up winning.

The feel-good nature of "Jojo Rabbit" also works in its favor, as the academy tends to embrace movies about people overcoming their differences. (For another example of the "we're not so different, you and I" cliche, consider last year's best picture winner.) It could also be seen as the film that made supporting actress Johansson a double nominee, given that she was all but guaranteed to land a nod for her leading role in Noah Baumbach's "Marriage Story."

Why it might not win: "1917" and "Once Upon a Time in Hollywood" are the front-runners this year, and even if the preferential ballot works in another film's favor, it probably wouldn't be "Jojo Rabbit." The film isn't quite an underdog, but it isn't a polarizing force like "Joker," either. It falls somewhere in the middle.

"Jojo Rabbit" earned mixed reviews from critics. Some praised its boldness and the sincerity of its empathetic mission. Those who didn't love it pointed to tonal inconsistencies and often compared it to Roberto Benigni's Holocaust dramedy, "Life Is Beautiful."