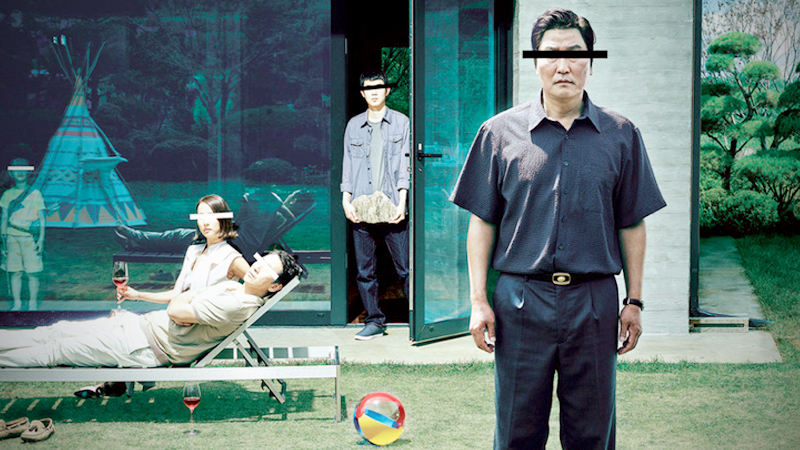 This story is part of a series evaluating the chances of all nine best picture nominees.

"Parasite," a deliciously dark and haunting dramedy from Korean director Bong Joon-ho, has become one of the most buzzed-about movies of the year since its release in the United States in October.

According to Box Office Mojo, "Parasite" has earned $129 million internationally and $31 million at the American box office as of Friday, impressive for a foreign-language film. And now it has several Oscar nominations in hand, including for the biggest prize of the night.

Despite South Korean cinema's growing stature, "Parasite" is the first film from that country to receive best picture and best international film consideration at the Oscars.

"It's a little strange, but it's not a big deal," Bong told Vulture last year. "The Oscars are not an international film festival. They're very local."

Let's break down "Parasite's" chances at this "very local" affair.

Synopsis: Perhaps more than any other nominated film, "Parasite" is difficult to describe without giving it all away. So we'll just say this: The film begins with the son of a working-class family (the Kims) agreeing to tutor the daughter of a wealthy family (the Parks), and then follows what happens as the two families become increasingly intertwined. "Parasite" does not fit neatly into any particular genre; there's dark humor, suspense, drama and some horror elements.

Directed by: Bong Joon-ho, who also co-wrote the screenplay with Han Jin-won.

Why it could win: Simply put, "Parasite" is one of the year's best-reviewed movies. It has a 99 percent on Rotten Tomatoes, the highest number of any best picture nominee. It also took home the prestigious Palme d'Or at Cannes.

The genre-bending film may be specific to South Korea and Seoul in particular, but its themes about class, struggle and human dignity are universal. "Parasite" received no acting nominations (as tends to be the case with Oscar films featuring predominantly Asian casts), but it made history as the first foreign-language film to win best ensemble at the Screen Actors Guild Awards. That considerably boosted its chances for Oscar love come Feb. 9.

"Although the title is 'Parasite,' I think the story is about coexistence, and how we can all live together," Song said as he accepted the SAG award on behalf of the cast.

Why it wouldn't win: Perhaps the biggest barrier for "Parasite" is a cultural and linguistic one: No foreign-language film has ever won best picture, although several have been nominated in years past. "Roma" in 2019 was considered the film to beat; "Green Book" took home the Oscar instead.

The lack of acting nominations could also spell doom for its chances (only 11 other films have ever won best picture without receiving nominations in any acting categories). In the end, Oscar voters may opt instead to give the best international film feature Oscar to "Parasite" and show best picture love to another movie.