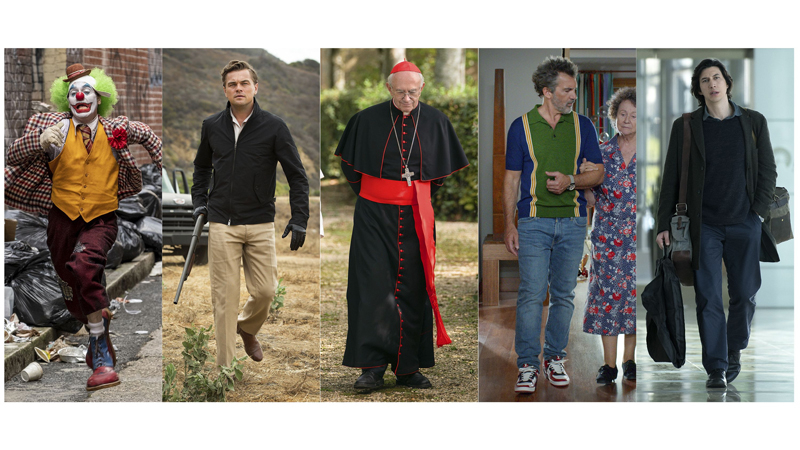 Joaquin Phoenix received an acting award from the British Academy of Film and Television Arts last Sunday. In his acceptance speech he argued that the American and British film industries give "preferential treatment" to white actors.

Phoenix is correct. Major film studios encourage their audience to develop an affinity for white actors and then cast more white actors because of audience affinity.

To understand that cycle, consider how Americans consume celebrity news. When Americans are curious about the actors and actresses up for Oscars this weekend, they assess what they have in common with those performers. Those internet searches reveal how people become invested in particular celebrities - and why white actors have an easier road to fame.

In communications research, the term "para-social relationship" describes the sense of closeness with someone you do not know personally but see in various media.

Psychologists have found that the strength and warmth of such a relationship is based on the amount of time spent "with" the celebrity and on the viewer's perception that they and the celebrity have things in common. People try to avoid relationships with celebrities whose tastes or values are at odds with their own, according to research.

Media consumers look for evidence that their identities or experiences overlap with the lives of celebrated individuals.

For instance, one Oscar nominee, Adam Driver, previously served in the U.S. Marine Corps. I used Google Trends to measure where internet searches for "Adam Driver marine" took place between Dec. 15, 2019 and Jan. 15, 2020. The top five media markets for that search include San Diego, California, home to many retired veterans as well as the Marine Corps Recruit Depot, and Colorado Springs, Colorado, home of the U.S. Air Force Academy.

In fact, there is a positive relationship between media markets with more veterans and greater search interest in Driver's military career. A one percent increase in U.S. military veterans in a media market's population is correlated with just over one percent more traffic for the phrase "Adam Driver marine." Curiosity about his military service is higher in places where more people share that experience.

The hunt for points of sympathy with celebrities shows up in internet searches for other Oscar nominees, as well. Two of the top five media markets for Brad Pitt searches are in Missouri, where he grew up. Searches for Pitt's name plus "religion" or "Christian" are more common in politically conservative media markets. The same pattern holds for searches of "Leonardo DiCaprio" with "religion" or "Christian." Curiosity about whether actor Jonathan Pryce can speak Spanish is highest in Miami-Fort Lauderdale and Los Angeles.

Most Americans have few real-life relationships that cross racial lines. Some may also feel a particular affinity for celebrities of the same race.

For movie actors, race matters in a more subtle manner, as well. Actors with leading and speaking roles in Hollywood films are overwhelmingly white. Whiteness is an unexceptional trait for a character and does not reveal much about their story line.

By contrast, in many films, characters of color serve the plot in stereotypically subordinate ways. For instance, there's the trope of a "magical Negro" helping a white protagonist, as in "Ghost," "The Matrix" and "The Help." And many observers have mocked the fact that, in horror movies, a black character often dies first.

Hollywood's audience expects to pay attention to the white characters if they want to follow the plot. That habit strengthens the audience's relationship with white actors. A white actor may play a wide variety of characters, encouraging curiosity about what they are like when they are not in character.

Only two out of this year's 19 Oscar nominees, Antonio Banderas and Cynthia Erivo, are people of color. Combining the Oscar nominees with adults nominated for Screen Actors Guild and Golden Globe awards produces a list of 83 actors - of whom five are women of color and eight are men of color.

For the 70 white nominees, there is no strong pattern. Some attract more interest in whiter media markets, some less, and for some, interest is similar regardless of diversity. On average, these stars add 5 percent to their Internet traffic when the population share of whites in a media market is 10 percent higher.

By contrast, there is a clear negative correlation between searches for any of the 13 nominees of color and whiter media markets. On average, actors of color lose 20 percent of their internet traffic where the population share of whites is 10 percent higher.

In whiter media markets, there is also less curiosity about the personal lives of nonwhite actors.

For each nominee, I looked at the internet traffic for their name in combination with 30 neutral-to-positive words about personal relationships (e.g., "married" but not "divorced"). I used that information to estimate what share of the total internet searches about an actor were also searches for sympathetic information about his or her personal life.

It's impossible to begrudge people - veterans, say, or Spanish speakers - the desire to feel connected to people who are admired and celebrated. Yet, Hollywood casting frequently denies that experience to people of color. It also reinforces white audiences' affinity for white stars. Hollywood films are part of the socialization that teaches Americans, especially white Americans, that whiteness is not an identity but a neutral setting. Movies train us to notice things about white characters other than whiteness; that carries over to the actors themselves.

Lacina is an associate professor of political science at the University of Rochester.