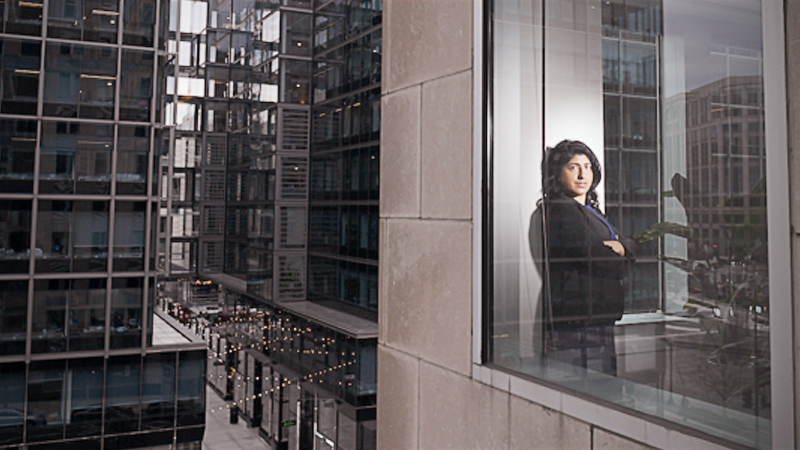 Kalpana Kotagal at her D.C. law firm in 2018. MUST CREDIT: Washington Post photo by Matt McClain.

No, Kalpana Kotagal didn't make it through the Oscars. Again. Like any other exhausted mom chasing around two little boys, she crashed around the time editing and sound awards were being handed out Sunday night.

Even though, on that glamorous stage 3,000 miles away, some of her life's work would be up for discussion. 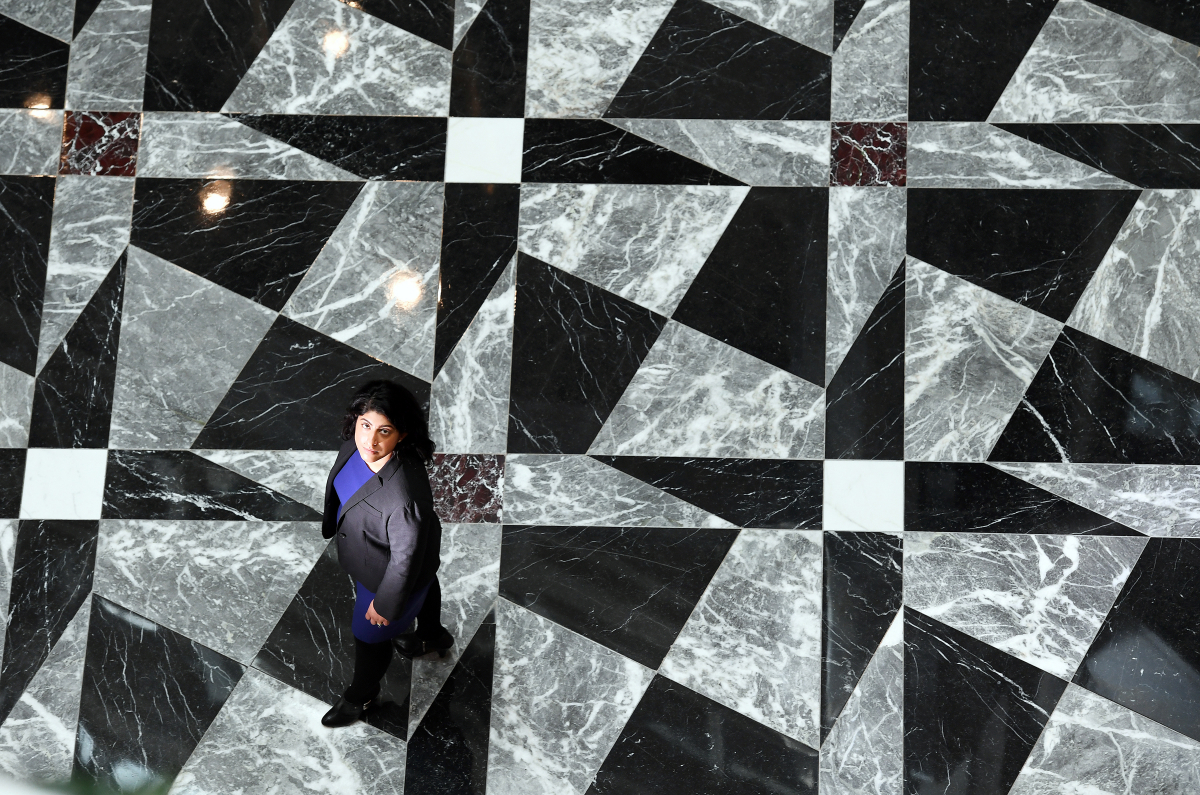 It's a way to legally guarantee that a film production crew - from off-leads and extras to grippers and makeup artists - reflects the diversity of America.

Kotagal is the D.C. attorney who helped write the rider. And she slept through all that and woke up that Monday morning to a bazillion messages - including one from me - asking her about it.

I caught up with her two years later, after McDormand's two words rocked Hollywood, to see how much has changed. And to ask the question - could a civil rights and employment attorney in D.C. change Hollywood with a very D.C. solution?

A little has changed. But mostly, it hasn't.

"Just Mercy" - a legal drama about an attorney working to free a wrongfully convicted man on death row - the highest profile film to be created using Kotagal's legal framework, was snubbed in the best picture category.

The female directors - whose names were embroidered on a Dior cape worn by Natalie Portman to the awards - were also snubbed.

But what about "Parasite"?

The South Korean film made history by becoming the first foreign-language movie to win best picture and three other Oscars. That's some diversity in the films the academy would consider, yes.

But there was still little representation in the categories for black or female stories.

And that's not really what Kotagal's framework is about.

She's in the District, remember. And the stuff we do here is more incremental.

The inclusion rider is a way to make change project by project, which is not as onerous as trying to change an entire industry's culture. It's also a tool that can be used by big-shot stars who have huge influence over the entire workplace aspect of a film. Kotagal tried to blend a wonky, D.C. approach with a very Hollywood one.

You've heard of the ridiculous riders some celebrities ask for in their dressing rooms, "4 Small, clear, square vases with White Tulips, no foliage" (Rihanna), or "6 Full and leafy floor plants, but no trees. We want plants that are just as full on the bottom as the top" (Sir Paul McCartney).

The same way they can legally dictate the color of the couch (Mariah Carey: "no busy patterns; black, dark grey, cream, dark pink are fine"), a star can demand the diversity and inclusivity of a multimillion-dollar workplace by adding the inclusion rider to their contract.

It's not something to dictate who gets to be a lead, or to create a strict box-checking quota. It's a way to make sure the big shots cast a wider net to include folks outside the usual, white standbys who get hired, from caterers to extras.

That night at the Oscars two years ago, Michael B. Jordan heard McDormand's two words.

"I was like, 'Oh! So, there's something in writing I can put in place to make sure our cast and crew is a reflection of the world I live in, and is diverse?' " Jordan told Screen Daily. And a month later, Jordan used his Black Panther hotness to insist that his company use the rider.

Matt Damon and Ben Affleck said their company, Pearl Street Films, would use the rider.

Kotagal created it with Fanshen Cox DiGiovanni, a development executive at Pearl Street, and Stacy L. Smith, executive director of the Annenberg Inclusion Initiative at the University of Southern California.

Kotagal, an employment and civil rights attorney who is a partner at Cohen Milstein in the District, had worked on workplace issues her entire career. From pregnancy discrimination lawsuits to a high-profile sex bias cases - the one against Sterling Jewelers is likely headed to the U.S. Supreme Court - it became clear that a lot of these places could avoid the messes they are in if they had something similar to the inclusion rider, too.

But how many companies have the budget to hire a white shoe law firm to write it up for them?

So Kotagal and her partners decided to Jonas Salk their legal work, to make it public, free and available to anyone, the way Salk made the polio vaccine available.

And now there are theater companies, arts festivals and even JAMS, the global arbitrations and mediation services provider, working with the rider.

"We made the template public, and we made it flexible," Kotagal said, so that a variety of companies and institutions can tailor it to their needs.

It's a start. And it's a long arc of change that Kotagal said is exhausting, but possible. With faith, persistence and a good night's sleep.