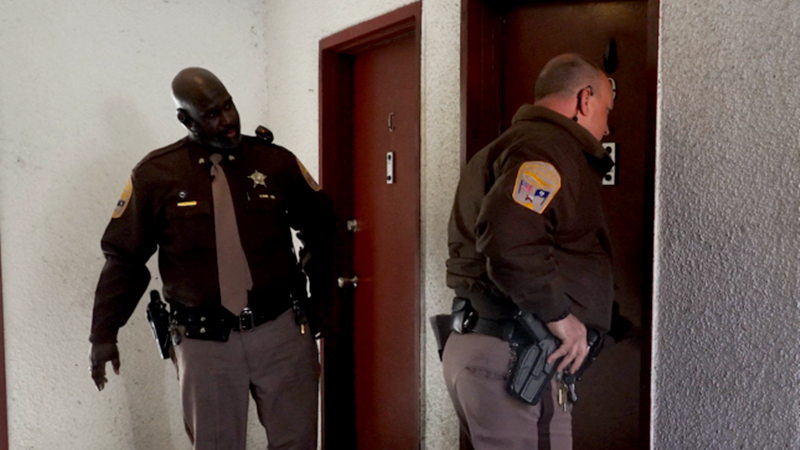 RICHMOND, Va. - "Sheriff's office! Anybody home?" yelled a sheriff's deputy with his hand over his gun, his holster unsnapped.

Deputy John Vaughan opened the door of an apartment that was empty enough to make his voice echo. A red scooter and an old crib were the only items left.

"Cleared!" he yelled after inspecting each room. The apartment complex's custodian, who had been waiting outside, was allowed in and quickly began to change the locks. 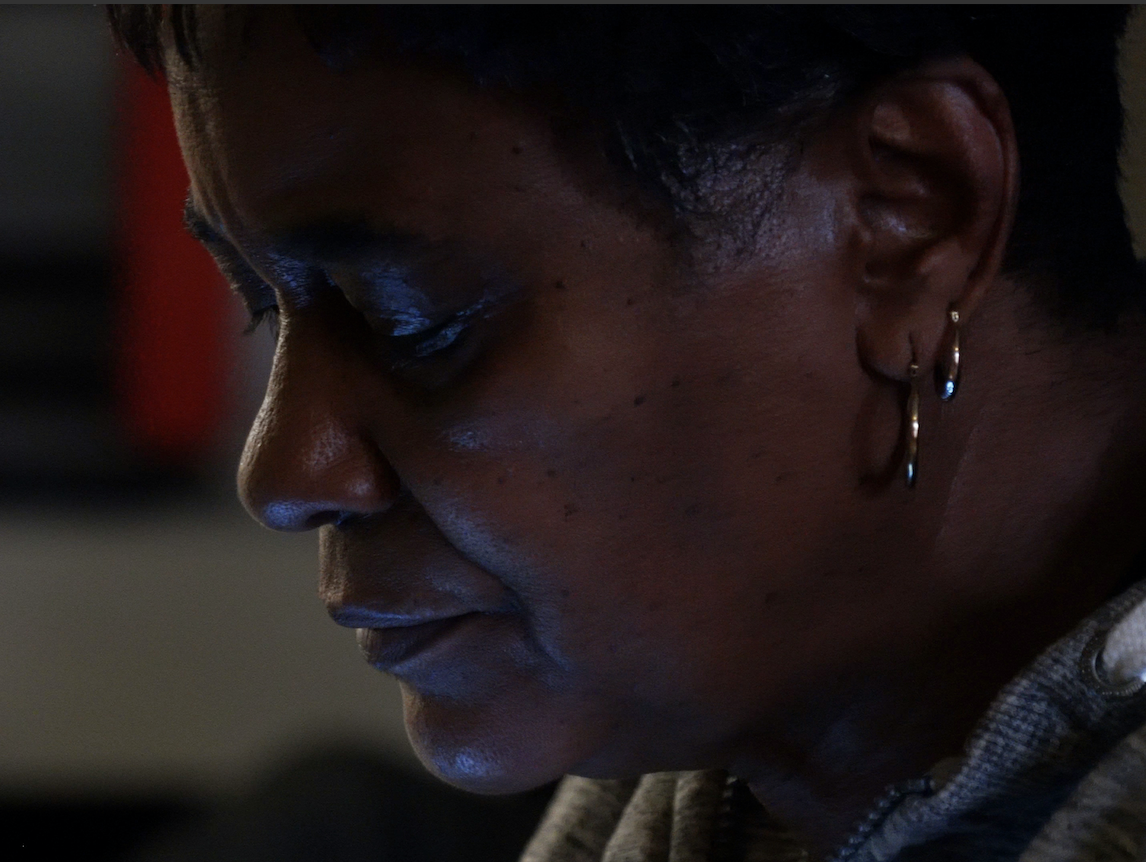 The same scene was witnessed 14 times by a Washington Post reporter one November morning in this state capital, which according to data collected at Princeton's Eviction Lab has the second-highest eviction rate in the country.

The Richmond City Sheriff's Office had a light load that day: 55 eviction orders. On more typical days, the number jumps to 70 or higher, officials said.

In Southwood, a neighborhood where rents range from $500 to $800 a month for two-bedroom townhouses and apartments, advocates say it has become common to see people cram their belongings in plastic bags, place them in car trunks and leave their apartments before a handful of deputies come to knock on their door.

For many, these scenes are not new.

Advocates and experts say the eviction tradition in Richmond and other Southern cities and towns dates back generations, and has affected black communities the most.

"There has been a housing crisis, an eviction crisis and a displacement crisis for several decades," said Benjamin Teresa, co-director of the RVA Eviction Lab at Virginia Commonwealth University, who has studied housing issues in Virginia and other Southern states.

He points to laws favoring landlords like "pay or quit," which allows landlords to launch eviction proceedings five days after the payment grace period (other states provide up to 30 days).

Teresa said minority communities in Richmond are subjected to predatory lending and discrimination, especially renters who use federal housing vouchers. Landlords can refuse to accept vouchers, and he said landlords who do accept them often steer tenants to housing in poor neighborhoods.

With a new Democratic majority in the General Assembly, advocates were hoping for ambitious housing reform across the commonwealth this year. More than a dozen measures were introduced to tackle housing issues, but none "explicitly deals with eviction," said Christie Marra, a family and housing attorney with the Virginia Poverty Law Center.

She said most of the focus has been on giving tenants tools to ensure their housing is safe and habitable, cap fees assessed after late rent payments and force landlords to make or pay for repairs.

A measure requiring landlords to provide tenants a list of their rights and responsibilities at the beginning of the lease term was approved by the Senate with bipartisan support and is awaiting action by the House.

The Senate unanimously approved and sent to the House a bill that would give tenants the right to make essential repairs and deduct them from their rent if a landlord refuses or does not take care of the issue within 14 days.

Another bill, proposed by state Sen. Scott Surovell, D-Fairfax, would allow judges to expunge eviction records from cases that were dismissed or withdrawn by the landlord. Such records can make it hard for renters to secure leases in the future. The bill passed the Senate unanimously and is expected to be heard in the House next week.

And despite opposition, the House approved 61 to 37 a bill that bans landlords from refusing housing vouchers as payment. The measure was referred to the Senate.

Marra said the legislation is leading the state in the right direction.

"I think we all needed time to see what could get done in some of these other areas," she said. "And then regroup once this session ends to try to really focus on gathering together groups of tenants in the high evicting areas to hear directly from them."

A few days after Vaughan searched the apartment with the red scooter, Laurette Turner, 64, sat at the end of a hotel bed on the other side of Richmond. She was talking to yet another employee of a housing organization that aims to help evictees.

She was evicted in June, along with her daughter and three grandchildren, from a government-subsidized apartment complex where she had lived for more than eight years, mostly on disability payments and government assistance.

Turner said the property managers at Townes at River South apartments lost two of her rent payments; staff at the complex said they were unable to comment on her case.

For more than six months, Turner sought help from nonprofits and government organizations in searching for permanent housing. Having an eviction on her rental record meant many landlords turned her away, she said, so cheap hotels were often the only option.

She compared rates, called reception desks, negotiated with case managers for enough funding to stay for a few days or a week. Each time she needed to leave, she moved her family's belongings in plastic bags.

"Everybody thinks the homeless are the people on the street or the people walking up and down the street for money. Or people sleeping in their cars," she said in her room at the Quality Inn in Northside Richmond. "But it's more than that."

Before Christmas, she found a landlord willing to rent them a townhouse for six months. "It has three bedrooms, one bath, living room, dining area and kitchen with washer and dryer hookups," she texted a Washington Post reporter. "Thank God for his grace and mercy."

Turner has been trying to get the landlord to install a washer and dryer, and hopes to extend the lease until the end of 2020. She also wants to pay a credit repair service she saw on television, which she believes could get the eviction erased from her record.

"I'm going to find out," she said Tuesday.

Those carrying out removals were unaware an eviction epidemic was plaguing their hometown until Princeton's Eviction Lab study, which found that the 10 U.S. cities with the highest eviction rates included five from Virginia: Richmond, Hampton, Newport News, Norfolk and Chesapeake.

"It was an eye-opener," said Civil Process Sgt. Larry Trotter. "We have five deputies and we're at number two. It's not a number you celebrate. Nobody was celebrating."

The attention, he says, prompted roundtable discussions with Democratic Gov. Ralph Northam and local officials, who sought his input on how to decrease the eviction rate. He believes, however, those efforts were flawed.

"The ones at the roundtables should have been the judges, and the ones who make these laws," Trotter said. "Everybody wants a quick fix. There is no quick fix to it."

Trotter, who is black and grew up in Petersburg, a city 21 miles south of Richmond, said he became a deputy sheriff because he wanted to help society and give law enforcement a positive light in his community.

Years ago, Trotter was on the other side of an eviction order. He was unemployed and recovering from knee surgery when he was put out of his apartment.

He lived in his car and sent his family to stay with his in-laws.

He draws from his personal story to try to help those he evicts, telling them that instead of putting blame on others, they should instead learn what options are available and ask, "Where do I go from here?"

He carries pamphlets in his shirt pocket with information on legal and housing services, and even talks to evictees about openings at the Sheriff's Office.

"I can do no more, no less with the power that I'm given," Trotter said. "You don't want to put people out, but you have to because you have to do your job."