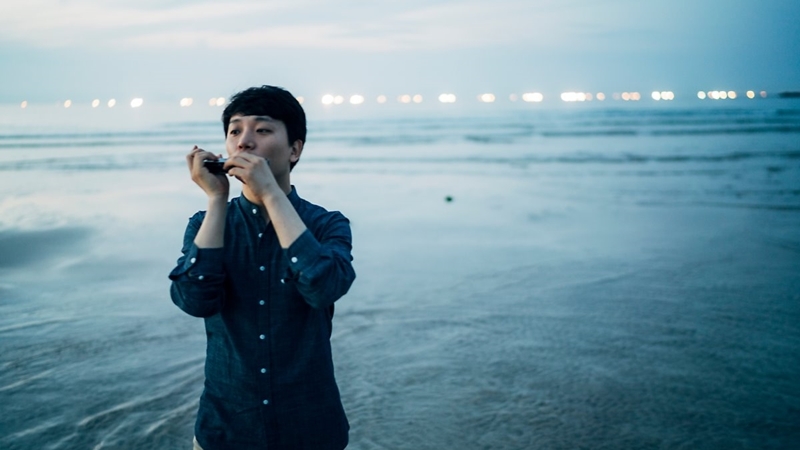 By Im Eun-byel
The Korea Herald

For Park Jong-seong, the harmonica is a sophisticated instrument with great versatility.

The 34-year-old is a harmonica player, a rare profession in the local music scene. Although many pick up the instrument as a hobby, especially seniors, the number of professional harmonicists remains limited.

Park is therefore unique, having won awards at international competitions in Japan, China and Germany. He has also released three solo albums.

The third album, released in 2019, includes harmonica performances of various genres, from classical music to jazz, tango and folk music.

The artist stressed that the instrument is highly adaptable to different genres.

“One of the reasons is that the reed is very small and sensitive. In other words, it means it can be diversified into different sounds like a chameleon,” Park told The Korea Herald in an interview in western Seoul.

“That is what I love about the harmonica. I do not prefer a specific genre of music, but love all kinds of music,” he said. “Plus, it is small and easy to carry around.”

Park’s wide range of interests stems from his studies. He graduated from Kyung Hee University’s Department of Post-Modern Music. He was the first in Korea to be admitted to a university with the harmonica.

“Though I was accepted to the school as a harmonica player, the curriculum was not solely limited to the instrument,” the artist said. “I studied jazz and more, learning different genres of music from Latin to tango, gugak (traditional Korean music) and more.”

Though Park strives to be bold and adventurous with the instrument, the number of works intended for the harmonica is limited. Not many original pieces are made for the instrument, so Park composes his own music.

“I always had to play works originally written for other instruments. Of course, that was fun, too. However, there are not many works that can bring out the unique characteristics of the harmonica. As I know the instrument better than others, I began to write songs for the harmonica.”

At a practice room in western Seoul, Park regularly holds recitals, conferences and study sessions for harmonica players, hoping to contribute to the growth of the scene.

“I do not just dream of my personal success,” he said. “I hope to encourage more harmonica players. In turn, the growth of the scene will lead to my own success, right?”

Park is slated to give solo performances at the Seoul Arts Center on March 25 and Lotte Concert Hall on Oct. 23.