Paul Harkin, director of harm reduction at GLIDE, hands out naloxone, fentanyl detection packets and tinfoil in an alleyway in San Francisco's Tenderloin neighborhood. MUST CREDIT: Photo by Nick Otto for The Washington Post.

SAN FRANCISCO - Downstairs at the medical examiner's office, the bodies lay side by side on stainless-steel tables and shelves, shrouded and anonymized in white bags, each person identifiable only by a protruding foot that had been toe-tagged.

Upstairs, Luke Rodda, the chief forensic toxicologist, looked over his morning docket and the terse reports from first responders.

Male, 33, "prior history of fentanyl overdose," found at bus stop.

Male, 51, found by construction worker, syringe next to him.

There had been at least nine apparent drug-related deaths over the previous three days in late January, Rodda said.

These individual tragedies are part of a national drug crisis that has shifted west. Drug overdoses are rising in many states west of the Mississippi, and dramatically so in California, even as they are falling across much of the East. 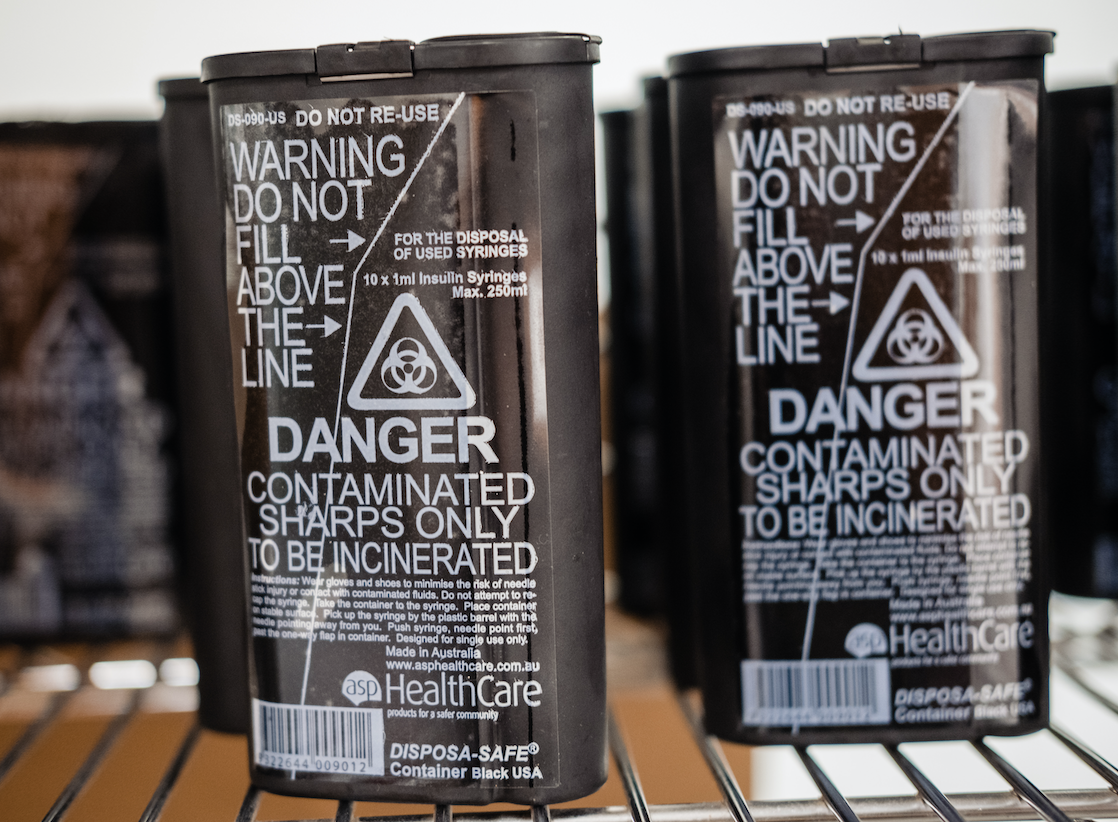 This trend has only recently become clear in government mortality data, including new numbers released Feb. 12. The increase in overdoses in the West is an ominous development that comes after a short period of progress in bringing down the overall drug-overdose death toll.

Drug deaths dropped 4% nationwide from 2017 to 2018, according to final mortality statistics released Jan. 30 by the Centers for Disease Control and Prevention. Secretary of Health and Human Services Alex Azar heralded the new numbers as evidence that the Trump administration's efforts to combat the overdose epidemic "are beginning to make a significant difference."

But the provisional CDC statistics released last week, which include estimated underreporting of deaths by medical examiners, show a slight uptick in fatal overdoses nationally over the first half of 2019.

In California, fatal drug overdoses over the previous 12 months increased 13.4% between July 2018 and July 2019, the last month for which the CDC has compiled provisional data - an additional 728 deaths.

The overdoses in the West are driven largely by opioids, particularly illicit fentanyl, a synthetic drug that is roughly 50 times as powerful as heroin. Fentanyl has finally arrived in force in the western United States. Because fentanyl is so potent, and its dosage so easily miscalibrated, it is killing people who previously had managed their addictions for years.

Historically, the West Coast opioid market has been dominated by black tar heroin, a gunky substance not easily mixed with white powder fentanyl. That's the orthodox explanation for why fentanyl first became popular in the eastern United States, where white powder heroin has historically been favored and drug dealers could more easily blend fentanyl and heroin.

Fentanyl started becoming more common here around 2015. The medical examiner's latest, provisional numbers tell an alarming story: Deaths in San Francisco from fentanyl and/or heroin jumped from 79 in 2017 to 134 in 2018, and then more than doubled to 290 in 2019.

People are dying from other drugs as well, with a large spike in deaths linked to the potent stimulant methamphetamine. Efforts to cut off access to meth precursors sold in pharmacies have helped shut down local meth labs like the ones made famous in the TV show "Breaking Bad." But that opened a new market for the Mexican drug cartels, said Daniel Comeaux, special agent in charge of the Drug Enforcement Administration's San Francisco division.

"You have no mom and pop labs anymore because so much is coming from the Mexican cartels," Comeaux said in an interview in his office in the heart of the Tenderloin district. "As much as we're seizing, they're producing."

"Look, we're putting people in jail," Comeaux said. The agency last year launched a program to target drug dealing in the Tenderloin district, leading to indictments of more than 100 people.

"If you cause an overdose death, we will put you in jail for 20 years - federally," Comeaux said.

He acknowledged that there is rampant drug use right outside his office, but said the federal response has made it harder to buy drugs.

"Now you might have to walk three blocks to buy heroin," he said. "If we didn't do what we're doing, you would be able to buy that heroin in one block."

The drug-using population overlaps to a great degree with the homeless population - another relatively new development, according to Alex Kral, an epidemiologist at RTI International, a nonprofit research firm. Kral said that 15 years ago, he rarely saw people on the street injecting drugs, and estimated that only about a quarter to one-third of homeless people were doing so. Now, he said, upward of 75% of the homeless people in San Francisco are injecting drugs.

And even the most experienced users of heroin can be fooled by fentanyl: "If you're a new user of fentanyl, you don't even know necessarily how much to take."

Kral works on harm reduction - an approach that provides people with tools and support to limit the negative consequences of drug use.

Harm reduction advocates emphasize that the overdose crisis is driven by social factors, including economic inequality, the housing crisis that is tied to a rise in homelessness in San Francisco, systemic racism and the criminalization of drug use.They say the overdose epidemic should be treated as a matter of public health and not as a law enforcement issue.

"The war on drugs has created this problem," said Eliza Wheeler, a leader in the harm reduction community.

Paul Harkin, director of harm reduction at GLIDE, a multi-service social center, pointed out that testing kits, including chemically treated strips similar to pregnancy tests, could help users know what's in their drugs and help them avoid overdosing.

"Unfortunately, America is very puritanical. We have to decriminalize in the way Portugal did, and we have to do drug testing so we know what's in the drug supply," he said.

That's particularly a problem with fentanyl, which delivers an immediate, powerful high but can also render the user unconscious and unbreathing almost instantly.

"I've never seen so many people die," said Chris, a young man in a hoodie standing near Eighth and Market streets in an area with open drug use. He did not want to give his full name because of concerns about trouble with law enforcement. He said he takes fentanyl and meth and has been on drugs for 15 years. He spoke in a light pre-dawn rain while, just a few feet away, young people stood at a bus stop waiting to board buses to technology companies in other locations in Silicon Valley.

Chris was engaged in conversation with a man named Brian, 29, who had been sitting unsheltered in the rain, leaning against a fence. Brian said he lives outside and prefers to do so. He said he's been using meth for 10 years. Neither Chris nor Brian is interested in seeking drug treatment.

The use of drugs in public and the burgeoning homeless population are sources of dismay for many of the more affluent residents of the city. Harm reduction activists believe that the law enforcement focus on impoverished and homeless drug users is unfair given that wealthy people often use drugs without repercussions.

"People are interested in open-air drug dealing because it's visible to people and makes our city look bad," said Kristen Marshall, a harm reduction worker who distributes naloxone to drug users.

She noted that thousands of overdoses have been reversed by peers on the street who were supplied with naloxone as part of harm reduction efforts. For many years, San Francisco saw a growing population of drug users but had a strikingly low rate of fatal overdoses. But that was before fentanyl showed up.

The statistics of drug use and overdoses do little to capture the gritty reality of life on the downtown streets of San Francisco. The drug use is in plain sight in the Tenderloin and the South of Market neighborhoods. One morning on Market Street recently, a young man in a hoodie was bent over at a bus stop in front of a hotel, injecting himself with a needle. He had slit both pants legs to improve access to his legs. One leg was bleeding. He looked dazed as he stood up, and did not respond when asked his name and whether he needed assistance.

Asked again whether he was OK, he looked puzzled and said, "I feel like there's something alive in my body and I don't know what it is."