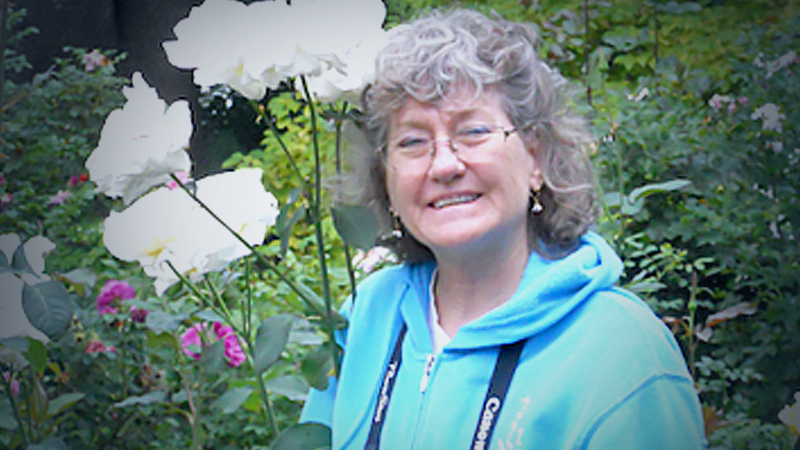 Lynda Holland, 71, suffered for six years from severe, unexplained hip pain until she fell while walking her dog and the pain inexplicably stopped. Doctors found that she had a rare condition that causes cartilage overgrowth in her hip joint. She had surgery and is now fine. MUST CREDIT: Family photo provided by Lynda Holland

If she hadn't tripped over her neighbor's dog, causing her to miss the step down into a sunken living room where she landed squarely on her left hip, Lynda Holland still might not know what was wrong.

Holland scrambled to her feet, shaken and grateful she hadn't been injured: Her puffy down coat had cushioned her fall onto the hardwood floor. Then she realized the pain that had dominated her life for the previous six years had suddenly diminished.

"I thought, 'This is weird,' " said Holland, 71, a retired administrative assistant who lives in Maryland.

For years, Holland's doctors had disagreed about what was wrong with her hip. She had undergone a slew of scans, plus painful biopsies of her hip bones. Her doctors had prescribed cortisone injections and months of physical therapy to treat what most concluded was osteoarthritis.

But when she sought an explanation for the reason that her March 2017 fall had relieved pain so severe it disrupted her sleep, an X-ray suggested an alarming possibility: a cancer recurrence.

The cause proved to be far less ominous. Holland would learn that the problem had been clearly visible years earlier on an MRI, but its identity and significance were missed.

"I'm a happy camper," Holland said of the surgery that corrected her problem. "I had thought I was going to be crippled for the rest of my life."

In 2009, Holland, then 61, was diagnosed with early-stage breast cancer. She underwent a lumpectomy followed by radiation, which appeared successful in eradicating the cancer.

The pain in her upper left leg and hip joint started two years later. Both her oncologist and internist worried it might mean that her cancer had returned and spread to her bones. They ordered a variety of tests, including CT and bone scans, followed by biopsies of her hip bones.

After the tests found nothing significant, Holland began months of physical therapy for a condition her internist decided was trochanteric bursitis, inflammation of the fluid-filled sac near the hip joint. The condition, a common cause of hip pain, often improves with rest, physical therapy and sometimes anti-inflammatory drugs. Holland tried all three; none seemed to help.

Her internist then administered two cortisone shots. Each worked for about two months. Holland, a former gymnast and gymnastics coach who teaches water exercise classes, felt increasingly hobbled by worsening pain that radiated down her leg.

In November 2013, she underwent an MRI scan of her hip. The report noted the presence of "calcified/ossified bodies" in her left hip, which had been detected on an earlier CT scan. The radiologist also noted fluid surrounding her left hip joint, which was "suspicious for an underlying synovitis," inflammation of the tissue that lines joints and can result from certain diseases including rheumatoid arthritis.

The radiologist concluded that the most likely cause of Holland's hip pain was not bursitis but rather degenerative osteoarthritis, a common problem in which the protective cartilage around bones wears down over time.

A month before the MRI, Holland had undergone a long-planned partial replacement of her right knee to repair an injury she had suffered years earlier. She had hoped the knee operation might lessen her hip pain.

"My knee felt great," she recalled. "But the hip did not change. That was a real disappointment."

A doctor repeatedly insisted her head pain was a tension headache. Something more serious was going on.

By 2015, she had developed pain in a second location: her lower back. Holland consulted an orthopedic spine specialist who told her he thought her hip pain was caused by sciatica, an irritation of the sciatic nerve that runs from the hip down the back of the leg. Her lower back pain, he concluded, was the result of mild spondylolisthesis, which can result from the overextension that occurs in gymnastics. He recommended that Holland receive potentially risky corticosteroid injections in her spine to control her hip pain.

Holland never received those epidural nerve block injections; her insurance company wanted her to try physical therapy first. For the next year, she went to PT faithfully. She also received professional massages, which she deemed "a tremendous help" by improving her mobility and decreasing pain.

But Holland said she worried that this was all that could be done. She was taking anti-inflammatory drugs on a daily basis and still had trouble sleeping because of the pain. Her gait was off, and she sometimes walked hunched over.

"It seemed like my orthopedists were guessing: 'Is it her hip? Her back? Her knee?' " she recalled.

A week after she fell, Holland returned to the first orthopedist, who had performed her knee operation, and told him about her inexplicable improvement.

She hoped the episode might provide clues about what to do next.

The doctor ordered X-rays and told her she appeared to have a large "loose body near her sciatic nerve."

He referred her to a third orthopedist for possible removal of the unidentified object, which was the size of a robin's egg.

The specialist told her he wouldn't operate. "He said, 'I don't know what it is,' " Holland remembered. If it was a malignant tumor, he said, surgery could cause it to spread.

"She's very memorable," Wodajo said. He described Holland as "a great historian" of her case who came armed with scans and medical records.

To Wodajo, Holland's symptoms and test results did not suggest osteoarthritis. Her joints showed no sign of the degeneration commonly seen in arthritis and she seemed much too active.

Most telling was Holland's recent X-ray, which showed several dozen small white flecks that resembled pieces of popcorn scattered around her hip joint, along with the large nodule in her left buttock. Wodajo said he immediately knew what was wrong.

"If you've never seen it before, I'm not sure it would jump out at you," he said. But as an orthopedic oncologist, he sees the uncommon condition three or four times a year. Wodajo told Holland her hip pain was caused by primary synovial chondromatosis.

Holland said she remembers asking two questions: Is it cancerous, and can you fix it? His answer to the first question was no and the second was yes. Holland said she promptly burst into tears.

Synovial chondromatosis is a disorder of unknown cause that can result in severe disability. Most commonly seen in men in their 50s, it is not inherited. It occurs when the synovium grows abnormally, generating small nodules composed of cartilage, some no larger than a grain of rice. These pellet-like bodies can become loose inside joints, where they can roll around, damaging the cartilage that covers the joint. In Holland's case, her fall had dislodged a large calcified body that was pressing on her sciatic nerve.

Those "calcified/ossified bodies" the radiologist flagged in Holland's 2013 MRI were hallmarks of the condition.

"On that MRI it's glaringly obvious," Wodajo said. Because the radiologist did not specialize in orthopedic cases, he noted, it appears their significance was missed.

First he was hoarse. Then he couldn't chew.

Holland's history of cancer may have complicated her diagnosis, Wodajo said, because doctors were focused on determining whether her cancer had returned.

"That's very common," he said, referring to "people with a history of cancer who turn out to have something unrelated."

Treatment of synovial chondromatosis, which often recurs, involves surgery that is typically performed arthroscopically through a small incision. But in Holland's case, that was not possible: Her disease was too extensive.

"I told her we'd have to dislocate her hip, which is not a trivial thing," Wodajo recalled.

Holland underwent surgery in July 2017. She spent one night in the hospital, less time than initially expected, and then recuperated at home. A week later, she was largely pain-free.

So far, the disorder has not recurred.

Holland regards Wodajo as her "hero" and says she wishes she hadn't wasted years marked by anxiety and pain chasing a diagnosis that could have been made much earlier.

She hopes her experience will dissuade doctors from resorting to the catchall arthritis diagnosis "if they don't know what's wrong."

"What if I hadn't fallen, what would have happened?" she asked. "I think about that all the time."