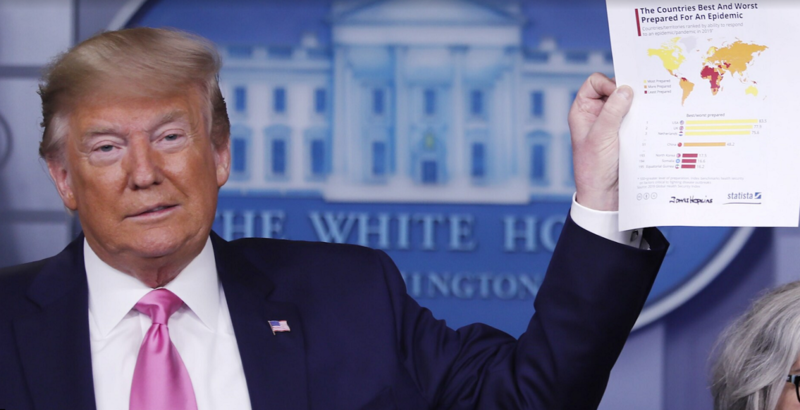 VACAVILLE, Calif. - California has launched a far-reaching effort to find anyone who might have come in contact with a new coronavirus patient infected despite having no known link to others with the illness, as federal officials tried to fix the faulty testing process that has hamstrung their ability to track how widely the disease is spreading.

U.S. officials raced to meet the daunting new challenge of a virus that could be spreading through a Northern California community, even as the covid-19 virus continued its relentless march around the globe. Stock markets continued to plunge, Japan initiated a weeks-long school closure and an Iranian lawmaker contracted the infection. From the Middle East to South Korea to parts of Europe, the number of deaths and infections continued to grow.

In Washington, Vice President Mike Pence convened his first meeting as the new head of the task force battling the virus. On the other side of the country, California Gov. Gavin Newsom, a Democrat, and state health officials sought to reassure jittery residents that public health officials would be able to handle the first U.S. case of community transmission.

Projecting an air of calm during a moment of rising anxiety over the outbreak, Newsom repeatedly told reporters that methods of tracing a Solano County woman's contacts have been honed in response to other public health crises, from tuberculosis to the swine flu.

"This is not our first great challenge as it relates to public health," Newsom said. "Quite the contrary. These protocols have been perfected."

Federal officials have faced fierce criticism for overly narrow criteria about who should be tested and for shipping coronavirus test kits to public health labs that included a component that in most cases did not work correctly.

But on Thursday, the Centers for Disease Control and Prevention expanded the federal guidelines for testing to include people who have unexplained severe respiratory symptoms and people with symptoms who have recently traveled to Iran, Italy, Japan and South Korea as well as China.

Federal health officials also are moving to try to correct the problems with the test kits. Scott Becker, executive director of the Association of Public Health Laboratories, said that although only eight public health labs are able to run the tests, federal officials have approved a procedural change that may allow about 40 more labs to come online very shortly.

New tests are expected to be sent out to labs next week. That should result in all 100 public health labs across the country being able to run tests by the end of two weeks.

Newsom and state health officials acknowledged the Solano County woman was in the community and showing symptoms of the disease before she was admitted to a hospital here Feb. 15. That is a worrisome prospect because the virus is highly transmissible, especially when someone with the disease has its flulike symptoms. Officials did not share any details about the woman's family, work or social contacts, citing patient privacy, and declined to say how many people she came in contact with.

At the same time, experts reminded the public that, in other parts of the world at least, most cases of the virus are mild. To date, the coronavirus has killed 2,801 people and sickened more than 82,000, the vast majority of them in China. The United States has seen 60 cases, none fatal, and most of them among people who caught the virus while quarantined on a cruise ship off Japan.

Nevertheless, the CDC warned Americans on Tuesday that community spread is almost certain and that they should prepare for the possibility of significant disruption in their daily lives.

"This virus has adapted extremely well to the human species," said Anthony Fauci, director of the National Institute of Allergy and Infectious Diseases and a key member of the coronavirus task force. "This one has the capability of spreading readily from human to human."

Solano County, where the new case emerged, is home to Travis Air Force Base, where hundreds of Americans repatriated from China and from the Diamond Princess cruise ship have been quarantined. Officials have said the woman had no known contacts with people quarantined on the base.

Newsom said the CDC was sending 10 staffers to aid state and local personnel in tracing the woman's contacts.

Mark Ghaly, secretary of the California Health and Human Services Agency, described a "robust and first-class reaching out to . . . many, many individuals in all walks of this person's life." That includes the people who cared for her at NorthBay VacaValley Hospital here, some of whom have been put on paid leave and are isolated at home monitoring themselves for symptoms, according to Aimee Brewer, president of NorthBay Healthcare, which owns the hospital.

The Solano County woman wasn't tested for the disease for four days, despite an immediate request to the CDC, because she did not meet the strict criteria for the test, according UC-Davis Medical Center, where she is being treated after spending four days at the community hospital in Vacaville.

The CDC has not responded to that assertion. But federal health officials have said clinicians always have discretion to order the test for people who do not meet the criteria.

The patient brought herself to NorthBay VacaValley Hospital, a 50-bed community hospital in Vacaville, California, with flulike symptoms on Feb. 15.

Staff members at that hospital questioned the woman about travel and contacts under CDC guidelines, but she did not meet the criteria for someone who should be tested for the virus, because she had not recently traveled to China or had contact with someone who is a confirmed case, according to Brewer.

The hospital is "meticulously tracing" anyone who may have come into contact with the woman there, and monitoring scores of staff members who may have been exposed," Brewer said in a statement. She added that staffers who had direct contact with the patient have been tested for the virus and are on paid leave, tracking their health at home. So far, there have been no positive tests, she said.

Brewer said in an interview that the woman had a private room, and "we believe strongly that our patients are protected."

The hospital was going through "records and security footage to make sure we know every person who has been in contact with the patient to determine if they are a low, medium or high risk," she said. "We did that last night and are finishing it up today."

Staff at NorthBay inserted a tube in the woman's lungs to help her breathe, a procedure experts say increases risk of exposure to the virus because it can aerosolize respiratory droplets, according to a person briefed on the case.

When the woman's health continued to decline, Brewer said, she was transferred to UC-Davis Medical Center in Sacramento, which has more capacity and expertise with pulmonary patients. UC-Davis officials said she arrived there on Feb. 19.

"Contact tracing," or finding people the woman has come in contact with, "sounds simple," but "is really a resource-intensive effort, even with a single case" said Thomas Inglesby, director of the Center for Health Security at the Johns Hopkins Bloomberg School of Public Health.

"They are going to be working to identify everyone who spent substantial time in close contact - within six feet - during the time the person could have been incubating the virus. Family is fairly straightforward, then close co-workers, but there may have been contacts" that are more difficult for public health workers to track down.

"Standing in line quite briefly next to a person would probably be considered low risk, but sitting next to someone in church for a half-hour might be high risk," he said.

A pair of colleges in nearby Sacramento said they have sent home two students - one from each school - who came into contact with the infected woman. The students at American River College and Cosumnes River College were exposed during their work as health-care providers.

Like other health-care workers who have had contact with the patient, the students have been asked by county health officials to isolate themselves for 14 days and monitor for symptoms.

Neither school is asking other students to stay home, and classes are continuing as scheduled.

On Thursday afternoon, UC Davis announced that three students who lived in its Kearney Hall dormitory were in insolation and being monitored for symptoms of coronavirus. One of the three was getting a covid-19 test from the CDC, while the other two had shown no symptoms and would not be tested, per current CDC guidelines. The dorm is located on the main UC Davis campus in Davis, Calif., about 19 miles west of the UC Davis Medical Center.

The university did not say how or where the students were exposed to the virus or where they were staying while in isolation, because they were no longer in their campus housing. The university said it plans to increase daily sanitation procedures in Kearney Hall. No UC Davis classes are being canceled at this time.

UC Davis Medical Center officials sent an email to employees Wednesday that said the woman arrived at the medical center Feb. 19 but was not tested until Sunday because she did not meet the criteria.

"When the patient arrived, the patient had already been intubated, was on a ventilator, and given droplet protection orders because of an undiagnosed and suspected viral condition," according to an email sent by David Lubarsky, vice chancellor of human health sciences, and Brad Simmons, interim chief executive of UC Davis Health. "Since the patient arrived with a suspected viral infection, our care teams have been taking the proper infection prevention (contact droplet) precautions during the patient's stay."

UC Davis asked the CDC to conduct a test for the virus because local and state labs were not doing so. "Since the patient did not fit the existing CDC criteria for covid-19, a test was not immediately administered. UC Davis Health does not control the testing process," they wrote.

The CDC ordered a test Sunday and additional precautions were taken, they wrote. The agency confirmed the positive test Wednesday.