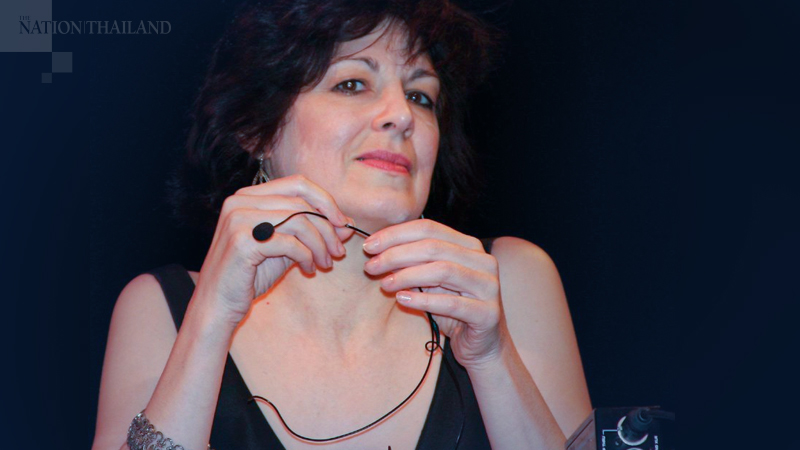 Roxanne Roberts is a reporter covering Washington's social, political and philanthropic power brokers. She has been at The Washington Post since 1988, working for the Style section as a feature writer and columnist.

The rich are not different. They can get sick and die. Just like the rest of us.  But they have more options, and one of those options is to throw money at the coronavirus.

So they're fleeing to their country homes. Chartering private jets. Putting their doctors on speed dial and getting home visits. They have pantries full of food and toilet paper. None of these is a guarantee against contracting a deadly disease, but it reduces their exposure and allows them to get treatment sooner.

It's been this way throughout history. The rich have always fared better during a public health crisis. The poor are exposed at greater rates, get sicker because often they aren't as healthy to begin with and have higher mortality rates.

"The wealthy have often done better than the poor when faced with epidemics and pandemics because they tend to be resilient as a function of having greater resources," says Richard Keller, a professor of medical history and bioethics at the University of Wisconsin-Madison.

So it was, so it is, so it always will be. When President Donald Trump was asked Wednesday why athletes and other well-connected people are getting tested before everyone else, he said, "Perhaps that's been the story of life."

Will it be any different this time?

The streets of Palm Beach are empty. The boat show is canceled, as is this weekend's International Red Cross Ball, one of the season's leading social events.

The exclusive Florida enclave is home to some of the richest people in the country and some of the oldest. Last week, a man infected with conoravirus flew from New York to West Palm Beach, causing a quiet freakout among the regulars on the island. So the sidewalks in front of the beautiful mansions on this man-made paradise have proverbially rolled up.

"People are staying in place," says Shannon Donnelly, longtime social editor of the Palm Beach Daily News. "Everything has been canceled."

The wealthy are hunkering down in their very big houses, and telling staff to stay home or work half days. They've just discovered home grocery delivery. Prices are high - as usual - but not out of control. High-end stores are open, but who is going out?

"There's not a bottle of Purell in Tiffany's window - yet," says Donnelly.

One business-as-usual site had been Mar-a-Lago, where Trump and his family celebrated together less than two weeks ago, when some thought coronavirus was still something to joke about. Now club regulars are staying home because the virus doesn't care how rich or powerful you are.

Not everyone can stay in place. For those who want or need to fly, demand for private jets has soared.

"We have seen a substantial increase in the desire to fly private," says Stephanie Chung, president of JetSuite, a top luxury rental company. "In the past few weeks and particularly this past week we have seen an uptick of about 5 to 10 percent in new inquiries from travelers that have not flown private in the past."

New customers include families traveling for spring break and corporate clients restricted from flying commercially who are able to spend up to $7,000 an hour for a charter flight. And this isn't just about the plane: Many clients have expressed fear of traveling through large airports, especially after seeing news reports of crowds crammed into Chicago' O'Hare and New York's JFK. Most private planes fly out of small terminals reserved for VIP customers.

Chung's current sales pitch is anti-virus focused: "For those that are looking to minimize mass public exposure, private jet travel allows passengers to avoid crowds in security lines and large waiting areas as boarding is often conducted immediately upon arrival at the airport. Furthermore, our aircraft have significantly fewer guests per flight and are regularly cleaned with solvents that target the coronavirus. There are ample hand sanitizers and other options to maintain maximum hygiene while onboard our aircraft."

On Friday, supermodel Naomi Campbell shared a video of her commercial flight from Los Angeles to New York City wearing a white hazmat suit, safety goggles, a medical face mask and purple gloves. "We have to do what we have to do," she explained to her fans. Before the flight, Campbell had acupuncture on her ears to "reset the nervous system." Other celebrities have posted photos of themselves wearing designer protective masks that retail for hundreds of dollars.

Campbell did not share where she was headed, but many of the wealthy residents of Manhattan have already fled to their country or beach homes. The theory is that they're less likely to be exposed to coronavirus in smaller communities, and self-isolation has historically proved to be a survival strategy for the rich. Unless, of course, they're already exposed and carrying the virus to those very same communities.

One wealthy Washington,D.C., woman, who discussed her plan for dealing with the pandemic on the condition of anonymity, is considering decamping to her second home located in a small town of less than 10,000 in upstate New York. "Because it's such a rural community with so few people, there are no reports of covid-19 so far," she explained. On paper, that sounds good: She and her husband are both older than 65 with underlying medical issues, which puts them at high risk. The down side: Rural communities have fewer Level One trauma centers, which means that they have fewer options should either of them get sick.

Which is why doctors with concierge service are suddenly in high demand. The idea is simple. Clients pay an annual fee which allows the doctors to spend more time with fewer patients. It's the modern version of the small-town general physician who's been taking care of families for decades.

Jim Long, who has a solo practice in Fairfax, Virginia, has spent most of the past couple weeks talking calls. "I'm spending a lot of time on the phone and texts," he says. "Having access in real time provides a kind of reassurance and an added sense of security. I've had to quell the hysteria."

Long's practice isn't just for the rich, but his clients - about 60 percent are older than 60 - pay about $2,000 a year for the personal attention and access a concierge physician can provide. He started sending email blasts to his patients two weeks ago and gives everyone masks before they enter his office.

Last week, he got 10 coronavirus testing kits. "We don't get them faster than anyone else," says Long. One of his patients wanted the test so he could visit his elderly mother; he was asymptomatic and didn't get a test. The only patient who's been tested so far was a robust man with a severe fever and cough who tested negative for flu. The novel coronavirus results are pending.

Some concierge services are even more exclusive. Clients with MD2, which has practices in New York, Beverly Hills, McLean, Virginia, and other high-income locations, pay $15,000-$25,000 annually for doctors who serve only 50 families. The headquarters is just outside of Seattle, where the fear is even greater and their doctors are making house calls wearing protective suits and masks.

"A lot of people want tests," says JoAnn Ollila, director of marketing. But MD2, like most other practices, is using the coronavirus tests for patients who show symptoms. Instead, they're urging patients to call doctors at any time to assess their risk and help everyone stay calm. "Everyone's greatest fear is being alone at their greatest time of need."

Throughout history, scholars, scientists and philosophers have wrestled with the stark fact that the most of the rich survive plagues and pandemics while the poor die cruelly.

"The Decameron," set in 1348, is a masterpiece of classical early Italian prose by Giovanni Boccaccio. You probably studied it in school: Seven women and three men tell 100 witty tales while staying at a secluded villa outside of Florence. In the fictional account, the 10 had fled to the villa to escape the Black Death. The plague ravaged the Italian city, with bodies piled up in the streets. About half of the population died.

Historians believe the disease killed about 75 million people, a third of Europe's population overall, and most of the victims were poor. "Plague is primarily an urban phenomenon," says Keller. As with most pandemics, the disease spread quickly among those living in close quarters, catching the blood-borne bacteria from fleas that fed off infected rats and then bit humans.

The rich fled to the country side - their own homes or that of relatives - sometimes escaping the plague but occasionally carrying it with them in their textiles or food supplies. Mortality demographics are hard to pinpoint before the 19th century, but it is believed that the wealthy fared far better because they were better fed and healthier to begin with.

Cholera is the "health and wealth story of the 19th century," explains Keller. The first pandemic began in Jessore, India, in 1817 - where hundreds of thousands died - and reached Europe by 1831, killing 6,500 in London and 18,000 in Paris. Almost all of these deaths occurred in the poorest, most-crowded sections of the cities, the product of contaminated food or water.

But tuberculosis was the deadliest disease in that century, especially in France, where it killed about 100,000 annually. "The rich were able to send a sick relative to a sanitarium to live in isolation," says Keller. "Population density was really the critical issue: It killed the poor in far greater numbers than the rich."

The last time Americans faced a global pandemic was 1918, when Spanish flu ravaged the globe. Health-care systems, already crippled by soldiers returning from World War I, were overwhelmed by the fast-moving influenza. Transmitted by soldiers returning from World War I, it affected families up and the social strata - even President Woodrow Wilson was infected. The death toll in the United States was 675,000; historians believe the worldwide toll was 50 million.

In 1842, Edgar Allan Poe wrote "Masque of the Red Death." The short story, one of Poe's best, is set in a fictional country where a gruesome disease called the Red Death has ravaged the land. (Sounds familiar? Roger Corman made it into a 1964 horror film starring Vincent Price.)

The ruler, Prince Prospero, is not afraid. He closes his palace to all except a thousand of his favorite knights and ladies, then welds the doors shut. "With such precautions the courtiers might bid defiance to contagion," writes Poe. "The external world could take care of itself. In the meantime it was folly to grieve or to think. The prince had provided all the appliances of pleasure. There were buffoons, there were improvisatori, there were ballet-dancers, there were musicians, there was Beauty, there was wine. All these and security were within. Without was the 'Red Death.'"

One night, the prince decides to host a masquerade ball for his friends. At midnight, a guest arrives wearing a mask of a corpse and a costume like a funeral shroud. Prospero is furious at the tasteless display; his guests shrink away. The prince confronts the figure and immediately dies.

You can guess what happens next: Everyone else in the castle dies. "And Darkness and Decay and the Red Death held illimitable dominion over all," concludes Poe.

It's fiction, of course.