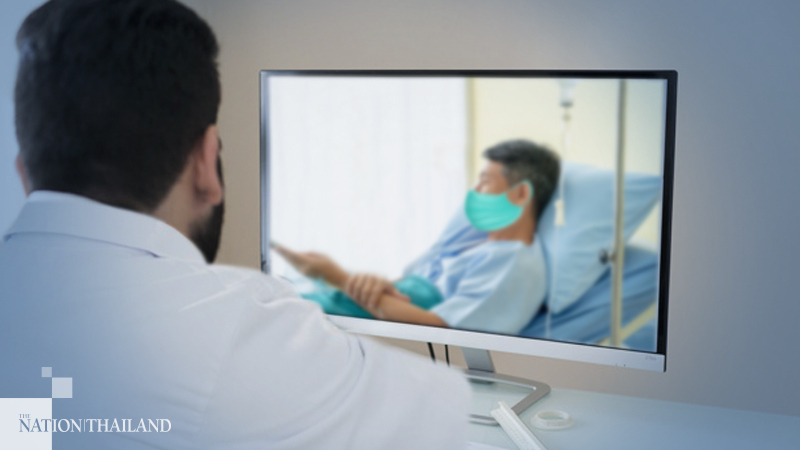 Marie-Pascale Schuller started feeling sick last week. The 57-year-old doctor specializes in respiratory illnesses, and she had a strong suspicion as to what her fever, cough and aches meant.

She wanted to keep seeing patients without the risk of exposing them to covid-19, so she turned to Qare, a telemedicine app backed by French insurer Axa that she'd started using part-time a year ago which allows her to meet with patients via video. The French government is now reimbursing people who use Qare -- usually a private service -- to cope with a surge in demand for doctor appointments.

"I am not the only one. Many of my fellow pneumologists -- all of those I know at least -- are 100% telehealth now," Schuller said in an interview from her home in the Paris suburb of Montgeron. "This is a sanitary measure, as much to protect themselves as the patients."

Telemedicine apps can be anything from text-based services to video chats with doctors. Their use had been growing before the arrival of covid-19, and the virus is likely to push adoption higher. KRY, which offers telemedicine services in Germany, the U.K., Norway and Sweden, said it's seen a 47% increase in the number of doctors working for its service in the last two weeks.

People who are exposed to the virus are advised by groups like Britain's National Health Service and the European Centre for Disease Prevention and Control to self-isolate for at least 14 days. Those who develop symptoms have to stay home for at least seven days. With such a contagious disease -- a sick person spreads the illness to an average of 2 to 2.5 people -- large numbers of health-care workers will get exposed or become sick.

Schuller has recovered from what she suspects was covid-19. She worked through the illness for two hours at a time, resting for an hour between sessions and seeing about 12 patients a day. About a third of those are potential coronavirus sufferers, and all have been able to monitor their conditions from home.

"It's certain that more patients will be using telemedicine after this crisis because they will have gotten used to it, because it's comfortable," Schuller said. "We will continue to have our face-to-face meetings but -- especially in respiratory diseases -- what matters is to have long-term contacts with our patients to adjust the treatment, and telemedicine is very useful in this."

The European Commission in 2018 estimated that the global telemedicine market would grow by 14% a year to reach 37 billion euros ($40.5 billion) by 2021. Those numbers may now be surpassed as virus concerns boost demand, making such consultations more routine and widely accepted.

London-based Babylon Healthcare Services Ltd., one of the biggest providers which got $550 million in funding from investors including the Public Investment Fund of Saudi Arabia last year, declined to give exact figures but said its user base has grown since the outbreak began.

Janaki Thakerar is a doctor of general medicine with the NHS. Her oncologist husband came home from a night shift last week feeling unwell. The couple suspected it was the coronavirus and decided to stay home. By Sunday, Thakerar developed a low-grade fever. After taking an over-the-counter painkiller, she felt well enough to work.

Thakerar started using Babylon five months ago to see patients remotely a few days a week, splitting her time between the app and NHS practices. While she's in quarantine, she's added more Babylon sessions and is helping with the NHS's 111 service, a phone line people can call to discuss their symptoms.

A lot of diagnoses are based on someone's medical history, she said, so "you don't always need to see patients."

And doctors are getting creative about some of the tests they'd typically do in person. For example, there's the Roth test, which helps doctors estimate a person's oxygen levels remotely. Patients take a deep breath, start counting to 30, and see how far they get before they need another one.

"Things are really challenging,' said Thakerar. "We're not managing in the same way we were two weeks ago. It's difficult for primary care, and all the other health conditions haven't gone away. We're all trying to be as resourceful as we can."