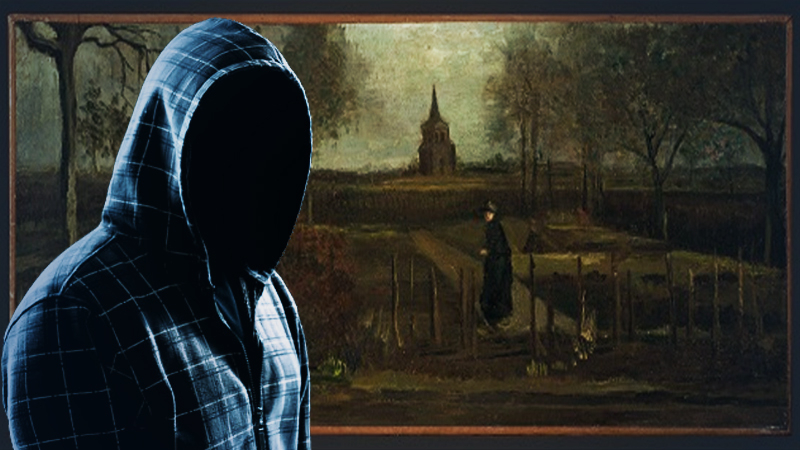 Holding valuable artworks can be a liability for public museums, especially in times of crisis. The risks have been brought home by the overnight theft of a painting by Vincent van Gogh, "The Parsonage Garden at Nuenen in Spring 1884," from the Singer Laren museum, a small museum east of Amsterdam.

On Monday, van Gogh's birthday, thieves broke into the museum, which has been closed because of the coronavirus, at around 3:15 a.m. They smashed a glass door at the entrance and, although an alarm was triggered, made off with the painting before police arrived.

Museum directors and security guards around the world will have taken note. During the coronavirus crisis, many museums find themselves custodians not only of their own collections but also valuable works from other collections, public and private, that have been lent for temporary exhibitions and are now stranded away from their owners as museums close and travel restrictions take hold.

Lack of crowds and security potentially compromised by staffing issues during the virus outbreak may present an invitation to opportunistic thieves. Upheaval during the second Iraq War led to brazen, large-scale looting of the Baghdad Museum. But art thieves do not require upheaval as drastic as war to sniff out opportunity.

Austerity measures in Greece after its financial collapse in 2009 led to a 30 percent increase in the illegal trade of classical antiquities, as fewer people were employed to protect museums and archaeological sites. Quiet streets and institutional disarray may prove just as tempting.

Jan Rudolph de Lorm, director of the Singer Laren, said during a news conference that he was "shocked and unbelievably pissed off" by the theft.

The Singer Laren shows the art of American artist William Henry Singer and his wife, Anna. Singer was the son of a steel baron of the same name who sold his company, Pittsburgh Bessemer Steel Co., to Andrew Carnegie. Against his family's wishes, the younger Singer went to Paris and then to Laren, an artists colony in the Netherlands, to pursue his art. His widow opened the museum, which also has a concert hall, in 1956. The museum also exhibits work by a Dutch school of artists affiliated with the Laren artists colony.

Van Gogh painted "The Parsonage Garden at Nuenen in Spring 1884" between 1883 and 1885 during a stay in Nuenen, in the Netherlands, where his father was the village pastor. It depicts the village church, which the artist could see from his house, across an expanse of garden and fields.

It is not the first painting by van Gogh from this period to have been stolen in recent years. The Dutch artist's "Congregation Leaving the Reformed Church in Nuenen" was stolen twice, first in 1991 and then, after its prompt recovery, in 2002, both times from the Van Gogh Museum in Amsterdam. It was recovered the second time 14 years after the theft, when Dutch and Italian authorities traced it and another van Gogh, "View of the Sea at Schveningen," to a town outside Naples, then known as a stronghold of the Camorra, an archipelago of crime gangs involved in drug trafficking.

The thieves in 2002 entered the Van Gogh Museum through the roof. The theft from the much smaller Singer Laren appears to have been cruder, with thieves breaking in on the ground level.