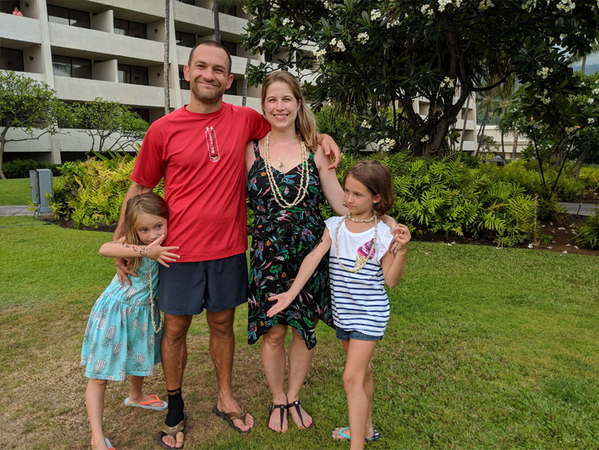 Eight hours and 48 miles into what was supposed to be a 24-hour run, Dan Frank entered his Columbia, Maryland, home at 2 a.m. last Saturday and crashed on the couch in the living room.

Frank runs as a hobby, and about two weeks earlier he set a plan of running for 24 straight hours in support of the Howard County Food Bank during the novel coronavirus pandemic. But he hit a wall.

"I was just really sleepy," said Frank, a 36-year-old who teaches math and physical education at Paint Branch High in Burtonsville. "I couldn't imagine going back out."

"It was like: 'All right, well, you can't imagine getting up, but it doesn't really matter. You kind of committed to this. Other people are depending on this, so get your a-- up and go,' " recalled Frank, who posted updates of his run on Facebook. "It was good that there was no choice."

Frank fell 3½ hours short of his goal because of injuries resurfacing, but he completed 102 miles in 20½ hours between Friday night on April 3 and the next afternoon, and as of Sunday night he had raised nearly $12,000 for the Community Action Council of Howard County, which runs the food bank there.

Late last month, David Kilgore, a 28-year-old New York resident who has made a career out of running, went 100 miles in about 17 hours 47 minutes in Florida to help provide medical workers supportive footwear. Frank brainstormed his idea March 23 and ran for about two weeks while he prepared for the online classes he is now teaching.

Frank began running seriously about five years ago, and he completed his first 100-miler in August in Leadville, Colorado, where he finished in 21:58:23. That race was through mountains, but his run this weekend was 90 percent on pavement. He has always felt road races were too serious for him.

Still, Frank was motivated to provide for those in need. His children attend Phelps Luck Elementary, where every month a mobile food pantry is stationed. Over the past month, fewer donations have been made to the food bank, he said; meanwhile, demand has risen because children don't have in-school meals and the unemployment rate is rising.

"The coolest part besides raising the money was watching a community rally behind something positive in these times," Frank said. "People are looking for things like that right now. They're at home on Facebook anyway; they want to cheer something on that has some good meaning behind it."

On Thursday evening, Frank and his family filled large zip-top bags with chocolate candy - Twix, Snickers and Milky Way - and dropped them off around Howard County so Frank could pick up snacks. Beer also kept Frank pushing. At around 40 miles, one of Frank's friends left a Blue Moon Belgian White on her porch. About 44 miles later, another friend dropped off french fries, bacon and beer from a local bar.

"That was a godsend," Frank said.

Frank's fundraiser on Adventures for the Cure accepted donations until Wednesday, so continued to promote his cause until then.

While professional runners would have used that time to rest, Frank continued online teaching Monday, and his wife, Kelly, left him a list of chores.