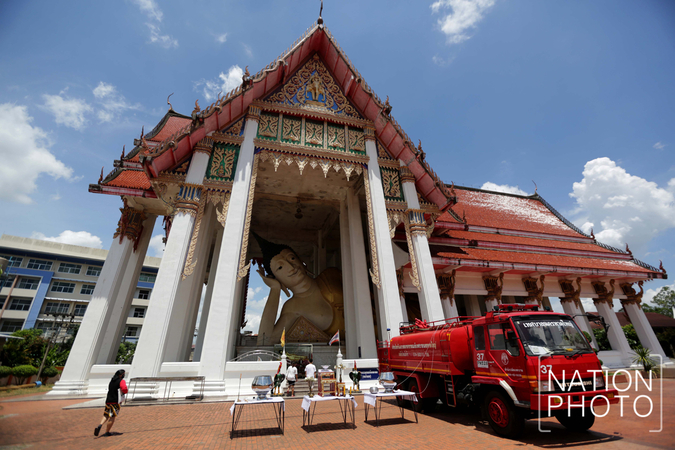 By The Nation
Photo Credit: Nation Photo by Charoon Thongnual

Sanehanusorn Road, a business area in the centre of Songkhla’s Hat Yai Municipality, was quiet and devoid of life on Monday (April 13) in comparison to Songkran festivities in previous years.

Normally, this road is the venue of the Hatyai Midnight Songkran celebration – a famous street party that tourists from neighbouring countries regularly show up to attend. This event also generates a lot of income for the province.

On the first day of Songkran this year, however, only employees from Lee Gardens Plaza Hotel Hat Yai and taxi drivers could seen carrying food to deliver to medical personnel working on saving lives.

The atmosphere in Wat Mahattamangkalaram or Wat Hat Yai Nai was no livelier. There was just a fire truck standing watch and a large bowl of blessed water that the devout could help themselves to.