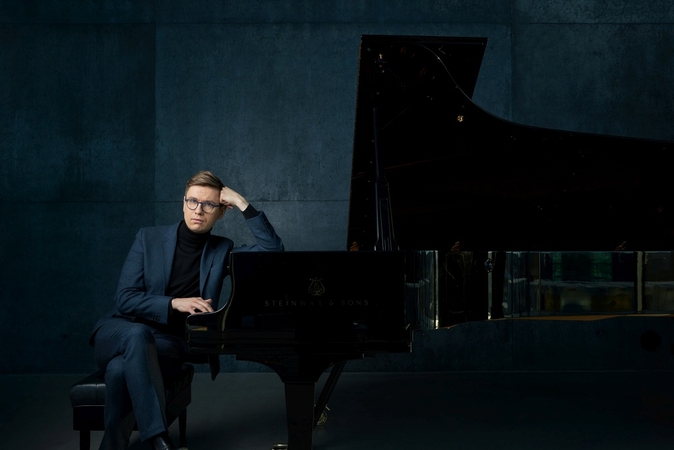 And while it may be frustratingly easy to forecast where I'll physically be for the next few weeks, my emotional location at any given moment is really anybody's guess. Perhaps you can identify, but I've been racing up and down the pandemic freakout continuum, from stultifying stretches of ennui, to giddy laughing fits, to extended Netflix comas, to pillow-muffled existential paroxysms. You just never know what the day will bring; or what day it even is. Eating helps.

So does music! When the sounds of my own thoughts (or the eerie rotation of silence and sirens outside) grow unlistenable, I reach across the table for my headphones, and across the centuries for music that will settle me - or at least resonate with my embattled vibe.

Thus, this batch of recommended new classical and experimental recordings and streams covers a full arc of our socially distant mood swings - from mild to wild. Listen closely, breathe deeply and hang in there.

The French composer Jean-Philippe Rameau died a full century before his countryman Claude Debussy, but under the fingers of Icelandic pianist Víkingur Ólafsson, you can clearly hear the two in conversation throughout this unexpected pairing - or, "defeat[ing] time and space with music," as Ólafsson puts it. You may find yourself cheating to peek at the playlist as this juxtaposition jumbles your expectations of one composer's impressionistic impulses and the other's precise refinement. (But whose is whose?) You will certainly find yourself blissfully adrift in Ólafsson's playing: rich, sure, attentive. His own lucid arrangement of Rameau's "The Arts and the Hours" (an interlude for from his 1763 opera "Les Boréades") finds this blurring effect at its most exquisite - uncertainty as a comfort zone.

If you're longing for the familiar, the steady, the permanent, you could do a lot worse than Bach, whose six beloved cello suites come alive anew in Alisa Weilerstein's new recording. The 2011 MacArthur fellow has been delivering gorgeous performances and leading lively discussions about the suites on Facebook Live as part of her #36daysofbach project (and she also recently offered an elucidating walk-through of the prelude of Suite No. 1 in G major - aka "that famous cello song" - for Vox); but these accounts feel like a master class all by themselves. And even if you don't know them all by heart, just the familiar routine of moving from the tonic to the dominant and back can restore some sense of much-needed normalcy. (It actually feels a little like leaving the house.)

Orchestras around the world have adjusted and adapted quickly and admirably to shift operations and attentions (however scattered) online, but I find myself returning again and again to virtual Baltimore, where the BSO's "OffStage" offerings of archival recordings and at-home live streams have been regularly rewarding (and helped me make up for lost Mahler). Pianist Lura Johnson's at-home performances of Beethoven and Schubert, with their neighborly acoustics, have been pleasures. But on the day Polish composer Krzysztof Penderecki died, cellist Dariusz Skoraczewski's take on Penderecki's 2011 Violoncello totale - with its frayed nerves and climbing dread - felt uncharacteristically intimate and of the moment (even if the recording itself somewhat shortchanges the work's fathomless depths).

If you're feeling stir-crazy, Recollection GRM's latest release collects three stunning electro-acoustic (or acousmatic) works realized by the French composer between 1963 and 1971 - and each one is a journey. The titular piece swirls like a massive cyclone around its second movement, a concertante for violin and "very tightly woven microsounds." But it's "Capture éphémère," a stereo rendition of a quadraphonic composition assembled from "breaths, fluttering wings: ephemeral microsonic sounds streaking space, sound scratches, landslides, bounces, vertigo of solid objects falling into an abyssal void, multiple snapshots forever frozen in their fall" that can feel either like an escape from the confines of the crisis, or a plummet into its churning center, depending on how you listen.

And should you just need to unleash and let loose, pay a visit to the website of the storied New York City arts venue The Kitchen, which is approaching its 50th anniversary with regular updates to its Video Viewing Room. This month features a 1981 performance by the erstwhile "hardcore minimalist" Rhys Chatham of "Drastic Classicism," a piece for four electric guitars, bass and drums that "synthesized two different traditions of music to arrive at a striking new form" and "was one of the pieces which inspired the noise-rock movement," according to Chatham's own program notes. What really matters is that it's 10 minutes of pummeling, raw art-rock brute force that can keep you from clawing at the walls - though it may have your neighbors knocking on your door.