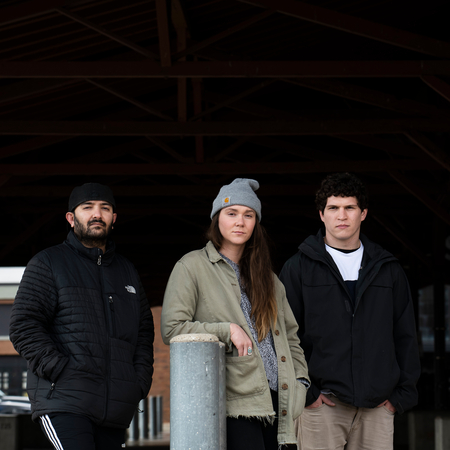 Mikaela Sakal, on being an ER nurse in an overwhelmed hospital and the decision she had to make - - -

This was my first nursing job. How crazy is that? Nobody prepared us for this, because this didn't exist. These aren't the kind of scenarios you go over in training. Where do you put 26 critical patients when you only have 12 rooms? How many stretchers fit into a hallway? What are you supposed to tell your patients when you might not have time to take them to the bathroom, or clean them, or call their families, or make them comfortable, because you're the only nurse on that part of the floor, and you've got eight people on life support and a few who might be dying?

Nothing went by the book. We did the best we could, and it was never close to enough. Every night, we had to come into work and rewrite the rules.

The breaking point came last week. There were a lot of breaking points, but that was the last one. We got into work at 7, like always, and the first thing we do is get our assignment for the night and look at the patient loads. In school, what they teach you is it should be one nurse for every four patients in the ER. That's what you hope for. That's the ideal.

Our charge nurse, Sal, came in, and you could see he was upset. He told us: "These numbers are terrible. I'm sorry. It's worse than ever. I don't even want to tell you."

We had like seven or eight nurses staffing the entire ER. Some of us were going to have 15 patients by ourselves at some point in the night, and that's when we decided: "We can't do this again." It's not fair to us. It's not safe for the patients. We started calling and sending text messages to management: "We're not clocking in or reporting to the floor until you bring in more staff." Day shift kept working overtime to support us, which we knew was brutal for them, but it meant the patients were getting care. All of us went into the break room and listened to all the alarms going off. We sat in our scrubs and we waited.

It was always a little crazy working at Sinai Grace, even before all this. That's one of the reasons I came to work here. They tell you: "This place will make you a great nurse." We get more ambulances than any other hospital in Detroit. It's sirens and resuscitations all night. I asked and I advocated for myself to work in the most critical area, because I wanted to learn. Nurses come here to get that hands-on experience, so it was almost a point of pride sometimes if we were a little short-staffed. Like, we can handle it. This is a tightknit group. We've been through a lot together. You think you've seen it all, but then a month ago, the ER was suddenly getting maxed out, and we had a bunch of staff leaving, or quarantined, or getting sick with this virus. Our patient loads started going way up. We'd have like 110 people in the ER and not nearly enough staff. Each night it was like: "It is bad? Or is it really, really bad?"

It got scary bad. I wish I could forget how bad it got.

Like the night it was just Joey and me assigned to 26 critical patients. He's one of our best nurses, and I'd like to think we make a good team. We were in the part of the emergency room called the TCU, or transitional care, where they put the sickest people before transferring them to the ICU. Usually, you might have 10 patients in there, with a few on ventilators who will transfer within a few hours. This night we had eight on vents and the rest on supplemental oxygen. Some of the patients were awake and some were sedated. A few patients had been in there for 90 hours. The ICU was full, and we didn't have anywhere else to put people. There were stretchers lined against the walls. We ran out of oxygen monitors. We had extension cords running everywhere.

You need to be everywhere at once. That's how it feels. You don't go to the bathroom. You don't eat. You're lucky if you find time in a 12-hour shift to get water. You spend every minute moving from patient to patient, trying to keep them stable and alive.

There's constant noise, and it's all so mechanical. There's really no talking. We're not allowing any visitors, and the patients are sedated or just trying to breathe. Most of them are too sick to ask for what they need. But call lights are going off and the tweeter is beeping every time we get another medical trauma, which happens like 15 or 20 times a night. The phones ring all the time, and it might be a family member asking for an update, but you look at the number and if it isn't a doctor, you honestly don't have time. Alarms are going off every minute. Pump alarms for the patients' life-sustaining medications. Monitor alarms. Oxygen alarms. Heart-rate alarms. Some beep, some chime, some ring. Every one could mean a crisis. I'd go home and hear alarms. All of us do. Sometimes, I think I'm hearing them in my sleep.

And the thing is, you have to prioritize. You have to choose. You want to sit with these patients and build relationships and comfort them. That shouldn't be a luxury. That's part of basic care. Some of these patients are hanging on and continuing to suffer because they don't have family with them. They need someone to say, "It's OK. I'm here." They need someone to touch them. We had one nursing-home patient whose heart rate dropped really low, and he wasn't verbal at all, and you could see that he was scared and confused and working too hard to breathe. His family wishes were that he didn't want to be intubated. We gave him a low dose of morphine for comfort. We stood in the hallway with him and took his hand and kind of rubbed his head, and as soon as we did that, this guy started to let go. We were able to be there for him, and a lot of times now, we can't be.

That's probably my best memory in all this.

There are a lot of bad ones. I had a patient in a backroom, and her blood-pressure medication ran out. I was taking care of somebody else, because we're always taking care of someone else. We're changing an oxygen tank, or helping intubate someone, or refilling a crucial medication. We can't be everywhere. It's unrealistic and dangerous to keep this up. I heard the pump alarm in her room at the last minute. By the time I got there, her pressure had dropped to like 40 over 20. She was still alive, barely, but I don't know how she's doing now.

There was another patient in bad shape a few rooms over. Joey had to leave the floor to transport someone to ICU, so now I was alone with 25 or 26. It was maybe 5 o'clock in the morning. I was responding to alarms and trying to keep an oxygen mask on one lady who was confused and kept wanting to take it off, even though her life depended on it, and meanwhile, this other patient was in a room pretty far out of sight because we didn't have any other space. His blood-pressure medication must have run out. I didn't know about it until Joey came back and started yelling to grab more medication and call the doctor, but it was too late. This patient had come from a nursing home and he was a lot older. He was incredibly sick. It's a lot to process. There's sadness and guilt and so much anger at the situation. But we had to keep moving. We had to do the after-life care, and there were other alarms going off.

Joey and I talked when we got off in the morning. We wanted to put in our two weeks right then. The whole nursing staff was saying the same thing to management. "This isn't OK. We need more people. We need support."

I realize this is a crazy situation for any hospital to deal with. It's a pandemic, and Detroit is one of the hardest hit, and our hospital gets the worst of it. We have a bunch of nursing homes nearby, and a huge number of our patients have underlying health issues. It's the perfect storm. They've tried to hire some nurses or bring some in from other areas and departments, but they don't always have the same training, and a lot don't want to stay. Who can blame them? The whole ER is this virus. We're wearing one disposable gown for our entire shift. We've had sit-ins here over staffing issues before, and the demands of this virus made it so much worse. We went from having 14 nurses on at night to sometimes having 10 or less. Eventually, all of us hit that point: "Enough is enough. We're not clocking in until you bring more support. Do something."

So we sent the message, and then it felt like we were waiting in the break room for a long time. We all agreed it wasn't safe, but the nurses on day shift were a little better staffed than we were, so it was actually better care for patients with them staying on. They were FaceTiming us, saying they could handle the whole shift if they needed to. They were ready to stay 24 hours. Nobody could believe it had gotten to that point. We were a mess in the break room. It was a cry fest. Some people were frustrated and really angry, but honestly I was getting quieter and more and more sad. It didn't feel natural to sit there, knowing what was happening outside. We love this community, and we love these patients. A part of me was like: "We can't leave it to day shift. Should we just go deal with it?" But if we kept doing that, nothing was going to change. It wasn't going to get better, not for us or for the patients. Eventually, an administrator came in and asked: "So what do you want?"

We said we wanted more staff, but he said nobody could come right away. We asked to talk to someone higher up, but he said the situation was what it was, and there was nobody to call.

It went on like that. At one point it felt like we were being told to either report to work or leave the premises. We all kind of sat there, shocked, trying to make a decision. Do you accept a situation that's unsafe for you and your patients, or do you take a stand and walk away from them? Two versions of feeling guilty. It was impossible. It's still impossible.

Joey and I made our decision about 9 o'clock. We said, "You can start calling somebody to address these staffing concerns, or we're leaving." It hurt to do it. The alarms were going off and ambulances were coming in. We handed over our badges and walked out the door.