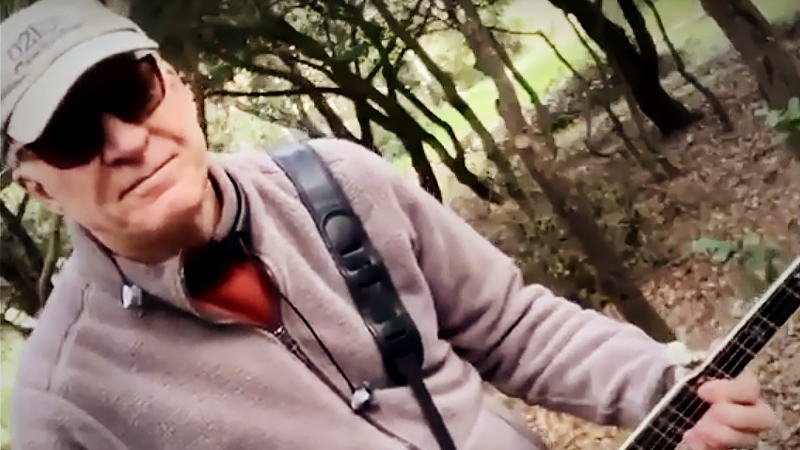 Coronavirus concerts are music to our ears and eyes

For me, it began with Steve Martin. In addition to his talent as a comedian and actor, Martin is a superb banjo player and the leader of a bluegrass band called the Steep Canyon Rangers. On March 21, nine days after I began self-isolating, Martin posted a 76-second video on Twitter that shows him standing in the woods, playing a song. He turns on the camera, plays, and then turns off the camera without speaking. The title of his video is "Banjo balm."

I have no idea what the song is, but it's beautiful.

I must have watched Martin's video at least 10 times that day. I found it deeply, surprisingly moving, and I wasn't alone. "I literally cried watching Steve Martin playing the banjo and I can't quite explain why," read one of the thousands of replies. "I did too," read another. "It's because we are all in this together. Kind gesture from a beloved entertainer." It's since been played more than 500,000 times.

About a week later, Reuters posted a three-minute video of the Rotterdam Philharmonic Orchestra playing Beethoven's "Ode to Joy." Arjen Leendertz, the orchestra's bassist, plays the first bars. Then in come three cellos, followed a few measures later by Galahad Samson, the assistant principal violist. Pretty soon 18 members of the orchestra have joined in.

Except this is no ordinary "Ode to Joy." With a limited lockdown in place in the Netherlands, the musicians are all playing in their homes. There are no black dresses or tuxedos that can make orchestra members seem indistinguishable in a concert hall. Leendertz is wearing a suit jacket with an open collar shirt; Samson has an aqua baseball hat that says "vegan power;" Josephine Olech, a flautist, is in a bright blue sweater.

As the music nears its climax, the video goes from showing one musician or a small handful to showing all 18, in split screens, playing together. It's like one of those CNN talking-head panels, except that beautiful music is pouring out of each panel. Although this is one of the best-known pieces of music in the world, viewers react as if they've never heard anything more powerful.

An emergency room doctor wrote: "You have touched my heart and given me, and others, strength to keep being what we are - doctors - because of what you are - artists."

Another viewer wrote: "Expected: a melody we've all heard many times. Expected: the slow build as each musician comes in. Unexpected: all of a sudden being overwhelmed by the beauty of it all." By now, the video has been seen 2.7 million times on YouTube and more than 3 million times on Twitter.

Before playing "Ode to Joy," the musicians took a moment to explain what they were trying to accomplish. In "adjusting to a new reality," they said, they searched for "innovation to keep our connection." They innovation they found - as far as I can tell they were the first orchestra to do so - was simultaneous online video, something that appears to be (but really isn't) Zoom.

It wasn't easy. According to an article posted on Classic FM, the video took a week to produce. The musicians played their parts to a metronome and then sent what they had recorded to engineers who spliced it all together and used software to create the big split screens.

I'm guessing it's become easier since then, because more and more of these virtual concerts are popping up. And thank goodness. Even though concert halls and nightclubs are now dark, music - and the technology that allows us to watch musicians play together while separated - is helping us get through this pandemic.

For sure, some institutions are going back into their archives to fill the musical gap; for a monthly subscription of $9.99, the Blue Note jazz club will send you, daily, a set from one of the jazz greats who has played there in the past. (So far they include Sonny Rollins, Clark Terry, Betty Carter and Herbie Mann.)

The New York Philharmonic streamed Leonard Bernstein conducting Mahler's Symphony No. 2, which was broadcast in 1963. The Metropolitan Opera has been streaming a nightly opera, including its classic version of "Aida" that starred Leontyne Price.

These are all worth watching. But the virtual concerts are something else again. They allow you to see musicians in a different light. Because they are not on stage, they seem more like the rest of us, just doing their part to help us get through this difficult patch. We can see the expressions on their faces, of ecstasy or sorrow as they play certain passages. Look, and listen, for instance, to Yo-Yo Ma, who has been posting regularly.

And sometimes the musicians tell stories, giving us a glimpse of their lives. I'm no rock guy, but I've become hooked on the daily posts by the bassist Leland Sklar. With his bass in his lap, he tells us the backstory of some famous recording he played on. Then he puts a song on while we watch him, up close, playing along.

What I find most compelling about these virtual concerts is how intimate they seem, how they allow us to feel a connection to the music that can be, yes, overwhelming. I didn't expect that to happen, but it did. I don't know if this feeling will last; I suspect it won't because some of this intimacy surely stems from the crisis we're living through. But for now, the best of these concerts infuse a sense of joy and surprise that even live ones can't match. I can't get enough of them.

Finally, you may have already heard about the virtual concert to celebrate Stephen Sondheim's 90th birthday - the New York Times, The Washington Post and even Forbes all gave it rave reviews. And while almost everybody who performed was sensational, there was one moment that stood out. You've probably heard about that, too: Christine Baranski, Meryl Streep and Audra McDonald singing "Ladies Who Lunch." Enjoy.

Nocera is a Bloomberg Opinion columnist covering business. He has written business columns for Esquire, GQ and the New York Times, and is the former editorial director of Fortune. His latest project is the Bloomberg-Wondery podcast "The Shrink Next Door."