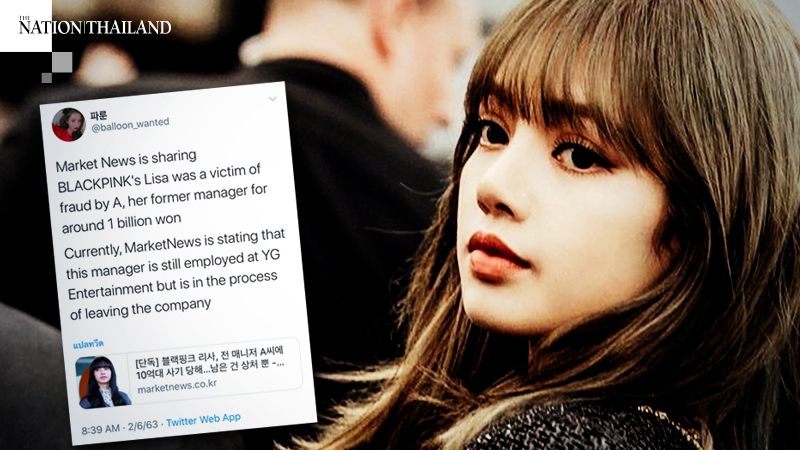 South Korea’s YG Entertainment confirmed that BLACKPINK’s band member Lalisa 'Lisa' Manoban has been swindled out of 1 billion won (about Bt25 million) by her former manager.

On Tuesday (June 2), South Korea’s Market News reported that the band’s Thai member Lisa had been deceived by her former manager “A”, who offered to take care of the artist’s real-estate but actually lost the money in gambling.

The manager has resigned and has returned some of the stolen cash. YG Entertainment said it will help Lisa recover her losses.