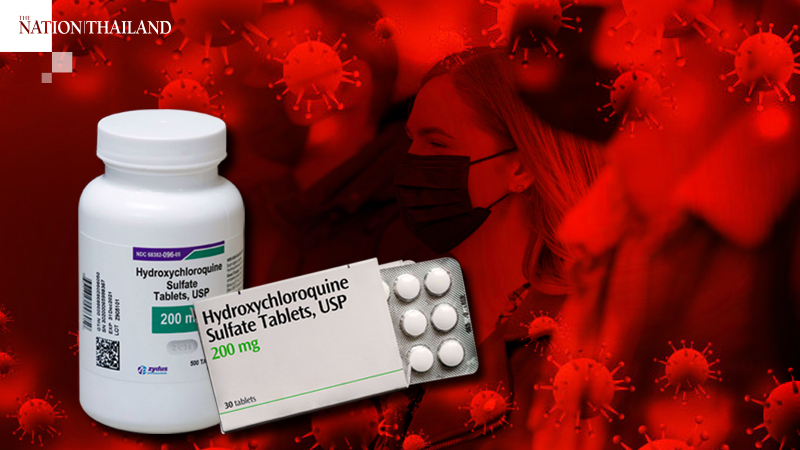 Three of the authors of a study that found the antimalarial drug hydroxychloroquine was dangerous for hospitalized covid-19 patients retracted it Thursday, saying they could "no longer vouch for the veracity of the primary data sources."

The retraction notice was posted by the medical journal Lancet, which had published the study May 22.

The study, purportedly based on the health records of almost 100,000 patients around the world, found that hospitalized covid-19 patients treated with the antimalarial drug hydroxychloroquine - a drug repeatedly touted by President Donald Trump - had a much higher risk of death and heart problems compared to those who did not receive the drug. It also showed that the drug did not provide a benefit. The study was "observational," which is less rigorous than a randomized, placebo-controlled clinical trial.

Almost immediately after the study's publication, critics raised questions about the data and analysis provided by a private company, Chicago-based Surgisphere and its founder, Sepan Desai. Another study that also relied on the database - one that looked at the effects of blood-pressure medications on covid-19 patients - also was retracted Thursday, by the New England Journal of Medicine.

Desai, who was listed as one of four authors on the study, was not immediately available to comment.

The retractions raised concerns in the medical and scientific community that researchers and prestigious medical journals are lowering their standards in a rush to publish during the pandemic.

"Everybody should be stopping and pausing and asking: 'Are we moving too quickly, are we confident in the quality of our data, and our analysis?' " he added. "There is a need for caution and scrutiny at every level of the process."

Controversy surrounding hydroxycholoquine and a related drug chloroquine has swirled for months, partly because Trump has urged people to try it and has taken it himself, even in the absence of a clear benefit. The Food and Drug Administration has warned that the drug can cause heart problems and urged that it be used only in hospital settings or clinical trials.

The Lancet retraction is unlikely to quell the controversy about the drug. On Wednesday, researchers at the University of Minnesota's medical school on Wednesday reported the results of a randomized, placebo-controlled trial, saying the drug was no better at preventing covid-19, the disease caused by the novel coronavirus, than a placebo. Additional randomized trials, considered the gold standard, are being conducted.

The authors of the Lancet study said in their statement that they launched an independent third-party peer review of Surgisphere, with the consent of Desai, to confirm the completeness and accuracy of the data and to replicate its analysis.

But, they said, the company declined to provide the full data set to the reviewer, saying it would violate client agreements and confidentiality requirements.

"As such, our reviewers were not able to conduct an independent and private peer review and therefore notified us of their withdrawal from the peer-review process," said the statement by the lead author, Mandeep Mehra, a Harvard University medical school professor who is a physician at Brigham and Women's Hospital, and two other authors.

The authors apologized to the editors of the journal and its readers for causing "any embarrassment or inconvenience."

The study had a major impact, prompting the World Health Organization to temporarily suspend use of hydroxychloroquine in a clinical trial on covid-19 treatments, and France banned its use in covid-19 patients.