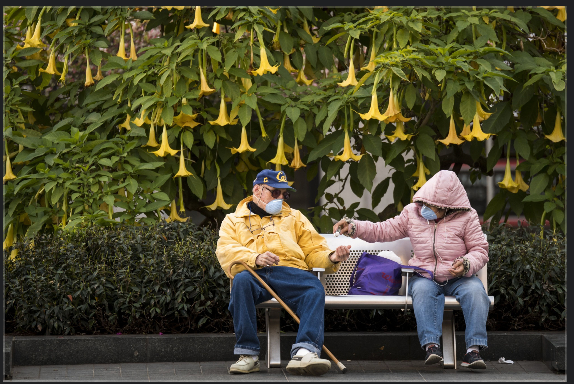 As the United States approaches five months since from the first coronavirus patient was confirmed, the country on Thursday surpassed the staggering milestone of 2 million cases, according to data analyzed by The Washington Post.

The United States as of Thursday had at least 2,012,031 confirmed cases of covid-19, the disease caused by the coronavirus, with patients testing positive in all 50 states.

Officials believe the first known case of the disease emerged on Jan. 17 in Snohomish County, Wash.; four days earlier, the 35-year-old patient had returned from visiting family in Wuhan, China, where virus was first reported.

Although states have been able to confirm more new cases as testing capacity has increased from the early months of the outbreak, testing nationwide has remained short of goals set by health experts. And the numbers of where the outbreak is growing serve as a troubling reminder that the country is far from identifying new sources of infection - let alone containing it.

States that recorded higher infection rates in the initial months of the outbreak continue to see declines, like Illinois, Michigan, New York and Washington. But the average number of new cases is increasing in places like Arizona, Arkansas, Florida, North Carolina, Oregon, South Carolina, Texas and Utah - states that previously had lower rates of infection.

Former Food and Drug Administration commissioner Scott Gottlieb warned Thursday that a resurgence of coronavirus cases in several states is a sign that the local authorities haven't been able to isolate the source of the infection.

"When you look at states like Arizona and Texas, South Carolina, North Carolina - those are where the big outbreaks are right now; Florida to some degree seems to be going up - it's not a second wave. They never really got rid of the first wave," Gottlieb said during his appearance on CNBC.

States like Texas that for months have seen relatively low infection rates still had persistent infection, Gottlieb added. "Now, we're starting to see it go back up as they reopen."

Ashish Jha, who directs the Harvard Global Health Institute, said the post-Memorial Day rise in infections in states that have not yet been hard hit by virus is a clear concern. Jha said he looks at testing rates, hospitalizations, total cases and the death toll to assess how the nation is managing the pandemic and what might explain the spike in cases.

"How much of that can be explained by testing?" Jha said during a "Today" show appearance Thursday. "Some of what we're seeing can be, but not all of it by any means."

At least five states on Thursday reported four-digit increases in the daily number of new cases. The single-day sum of new cases from Arizona, California, Florida, North Carolina and Texas alone totaled 8,007, according to data tracked by The Post.

Arizona, which has seen one of the worst surges in cases, has averaged more than 1,000 new confirmed cases every day this week. The surge in infections is already stressing the state's hospital system, with one official warning Arizona could run out of hospital beds in a few weeks.

"If we continue for the next several weeks like we have the past few, it's very possible that we'll run out of capacity in our hospitals and ICUs sometime in early July," Joe Gerald, program director for public health policy and management at the University of Arizona's Zuckerman College of Public Health, said earlier this week.

Since the start of the outbreak, more than 111,000 people in the United States have died of covid-19 - a figure Jha, of the Harvard Global Health Institute, warned could double by September if the federal government doesn't increase testing and contact tracing.