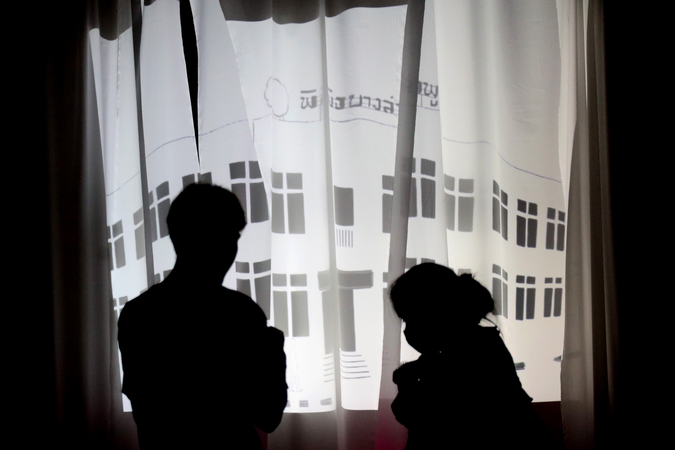 Once a landmark in Bangkok's Bang Lamphu district, the New World department store is being resurrected for an exhibition entitled "Arch SU Fest: 2020 -- New World x Old Town", which opened on June 13. The nine-day exhibition ends on Sunday (June 21). 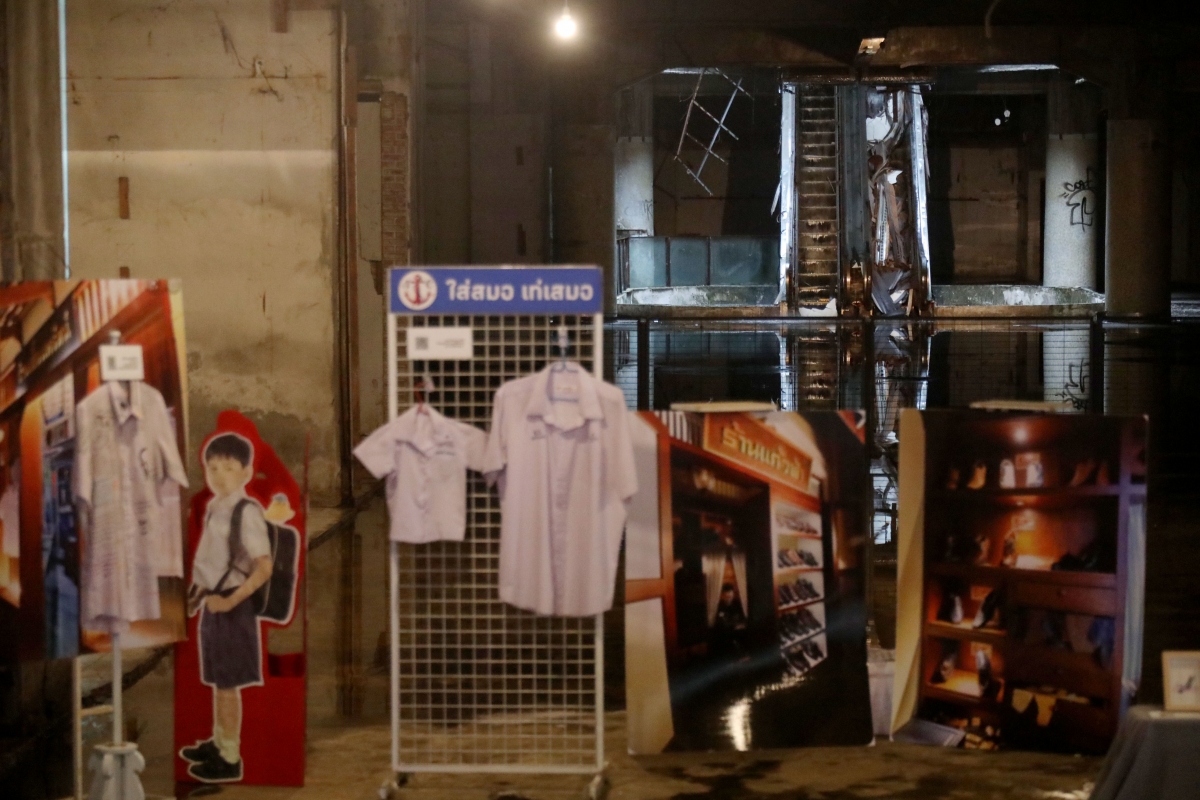 The exhibition tells the story of the mall and Lamphun district itself, once crowded with various products especially clothes. However, this area died out along with the mall. The exhibition showcases the products that were once popular and simulate the shops and history of the abandoned mall. 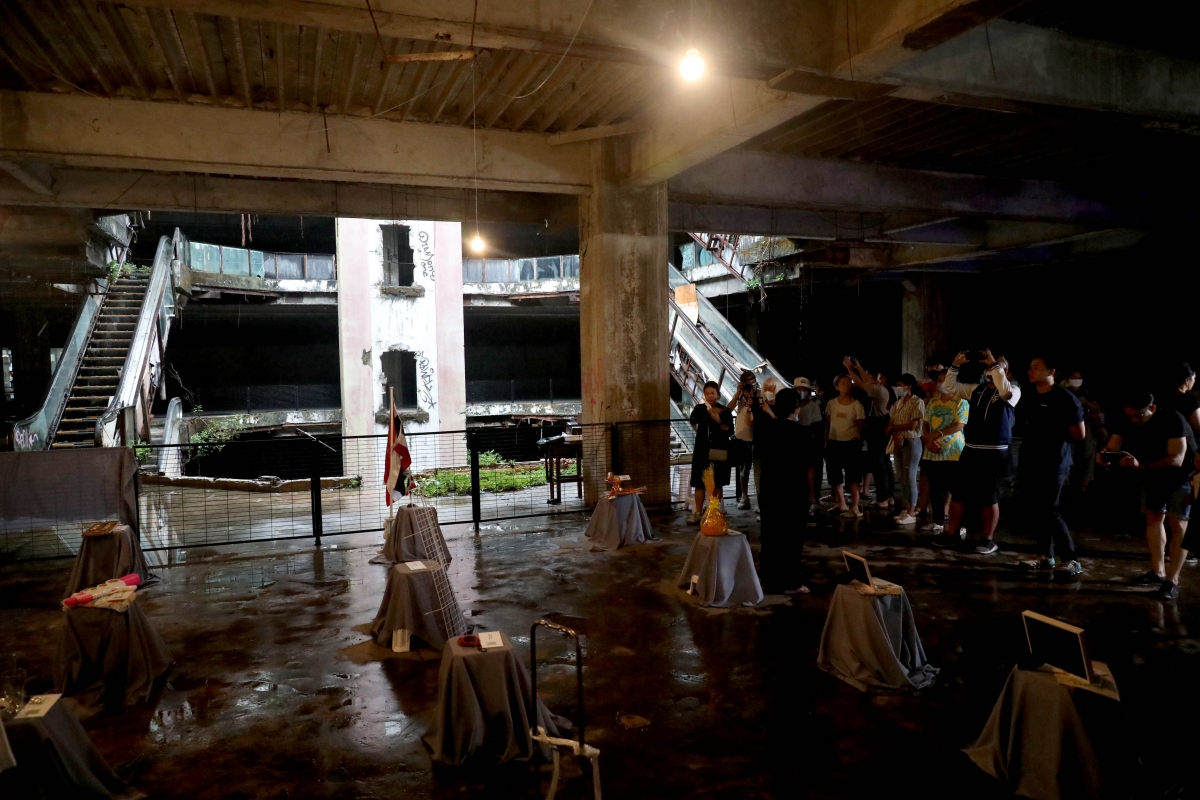 The New World mall, which opened in 1983, and was once bustling with shoppers, had to be shut down due to the top floor of the building collapsing. Floors 5 -11 were demolished following a court order.

After closing down in 2004, New World inadvertently converted from a mall into a public fish pond in the city, also known as Wang Matcha, as the top structure was open after the collapse Rains caused waterlogging and it became a breeding ground for mosquitoes. The villagers, therefore, released fish into the water to eat the mosquitoes. The place acquired a reputation as an aquarium, visited even by tourists before the building was ordered to be closed in 2014 and all the fish removed. 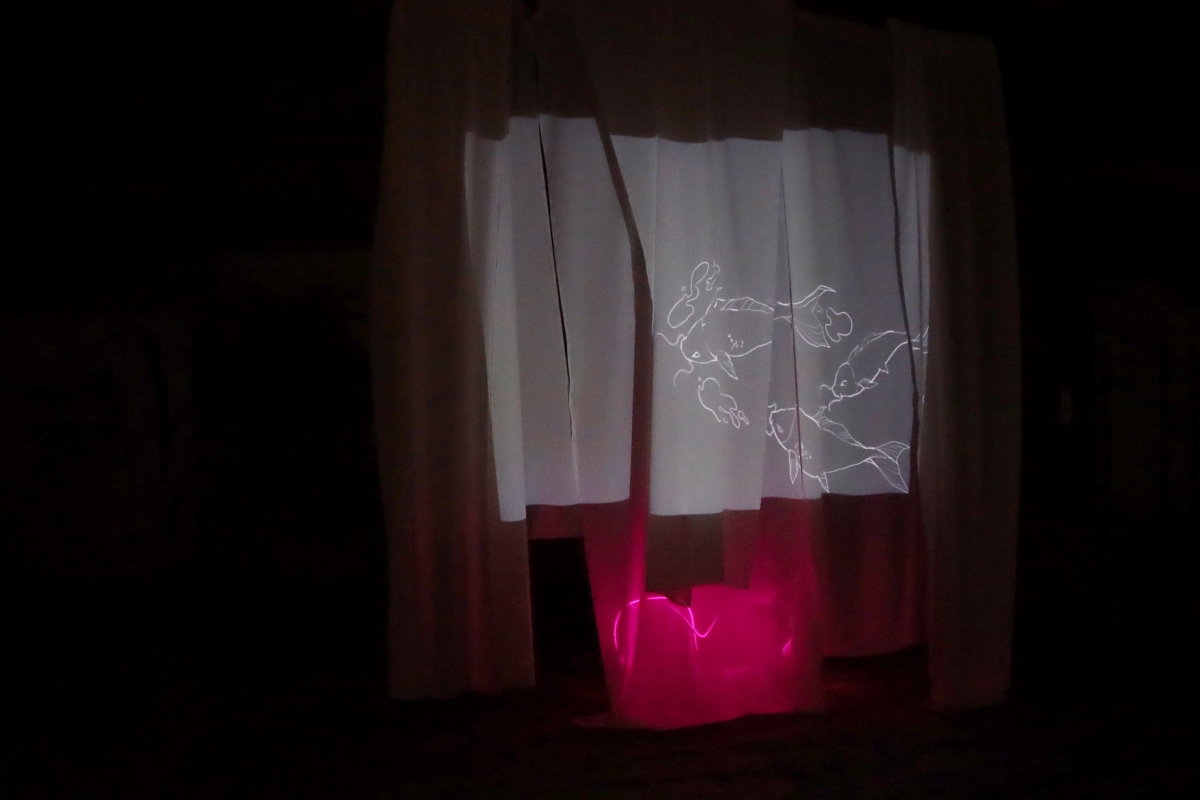 The exhibition is a collaboration between the mall owner and the Faculty of Architecture Silpakorn University.

Prof Supitcha Tovivich, an expert in community design and development through participation and urban development, said that the intention is to project the life of the mall "which lives on in the memories of some Lamphun people through past stories and connecting that with the present, along with the exhibition of the redevelopment of this building by the third and fourth year students of the Faculty of Architecture and Fine Arts. 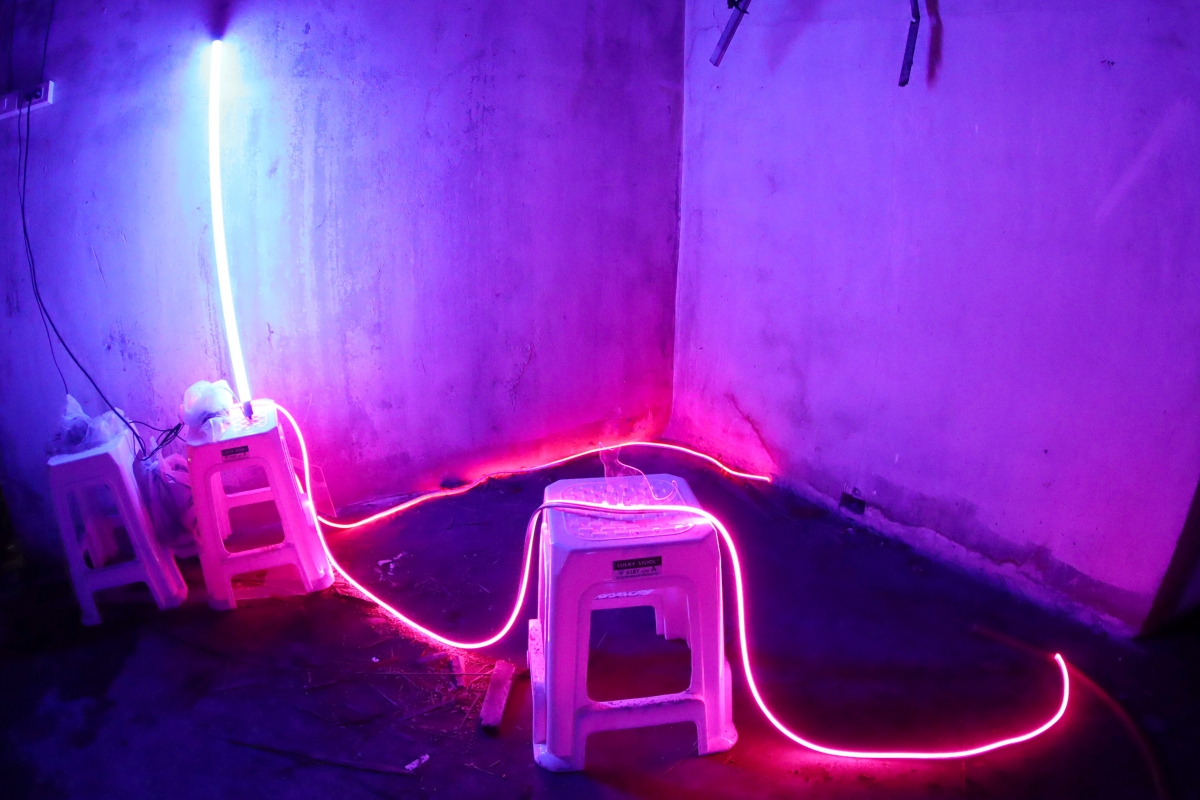 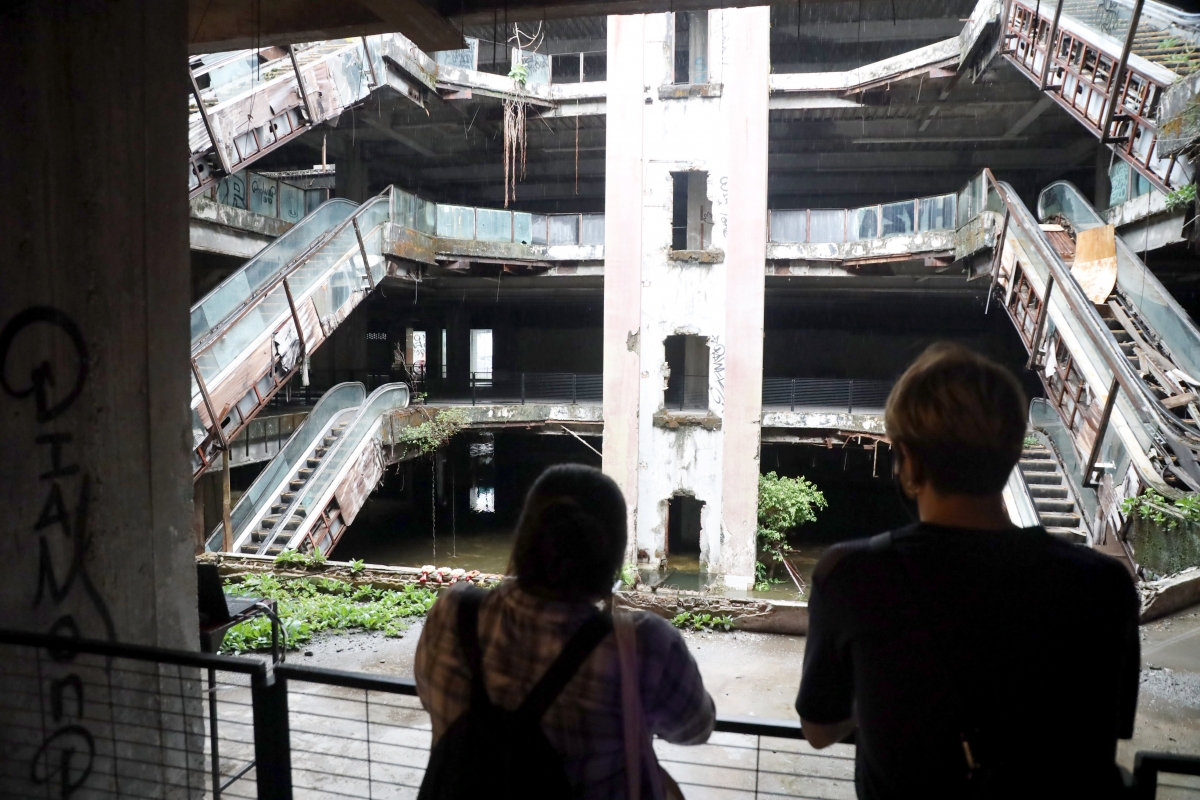 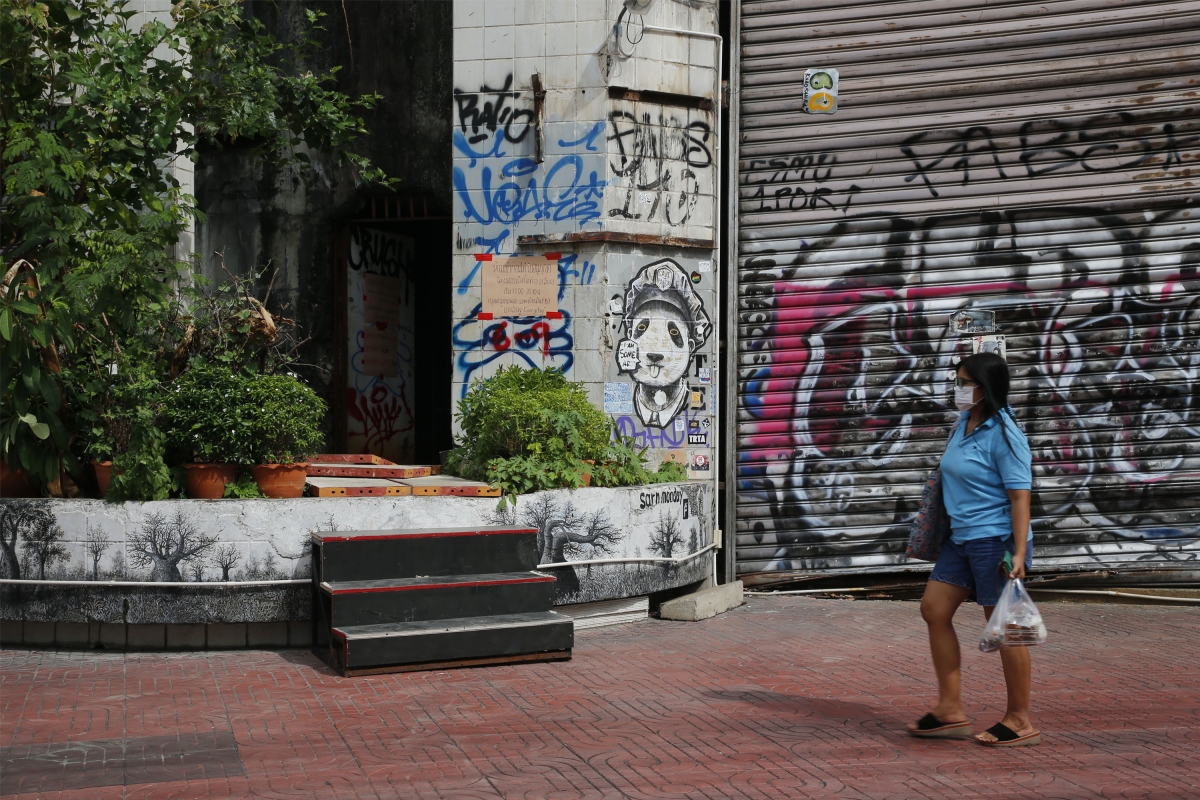