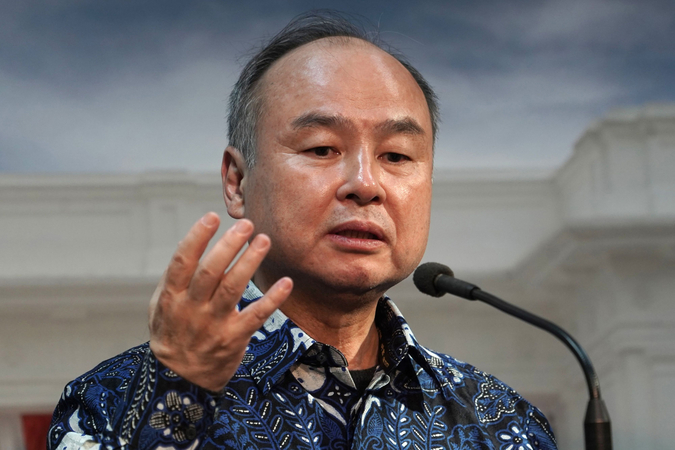 TOKYO - Sports leagues around the world have acknowledged that the only way to restart competition is to test all their players for the novel coronavirus. For businesses, the same idea is gaining ground: stepping in with testing where government-run efforts are lagging.

In Japan, a telecom magnate, Masayoshi Son, has taken the lead with a combination of antibody and diagnostic tests that offer a model for others as parts of the world look to reopen their economies.

Diagnostic polymerase chain reaction, or PCR, tests still are not widely available in Japan to determine who is infected and potentially contagious. So Son took another route: First, he tested 38,216 employees, family members and clients at his Tokyo-based SoftBank conglomerate for virus antibodies, to see who had been exposed to the virus. Anyone who tested positive was then sent for a PCR test.

"I am worried that if just one or two of our employees are infected, that could possibly lead to a cluster of infections," he said.

"On the other hand, we can't afford to continue to stay away as companies, fearing a risk of infection," he continued. "For an early return to work, I believe it is very important for us to test widely, and to establish a process where patients, if found, will be taken care of by doctors and segregated swiftly."

The results of his study - the largest antibody test in Japan and one of the largest in the world - offer a mixture of good and bad news.

Just 0.23 percent of the sample tested positive for coronavirus antibodies, suggesting Japan, with its widespread adoption of face masks and relatively early efforts to reduce transmission, has been relatively successful in containing the virus.

Son also offered free tests to medical workers. Of 5,850 who took up his offer, 1.79 percent had antibodies for the virus. Overall, that meant 0.43 percent of 44,066 people tested positive.

The results effectively bury the notion that Japan might be on a path to "herd immunity" - the idea that if roughly 60 percent of the population have already contracted the virus, its spread will slow.

The data is also a potential tripwire as businesses and communities reopen and reconnect. Places that were effective in keeping the infection rate relatively low also have greater numbers of people at risk of first-time exposure as lockdowns ease.

A smaller sample size in three cities - about 8,000 people in total - found infection rates of 0.1 percent in Tokyo, 0.17 in Osaka and 0.03 in Miyagi in northeastern Japan, Japan's health minister, Katsunobu Kato, said Tuesday.

Kenji Shibuya, director of the Institute for Population Health at King's College London, said the SoftBank data shows that Japan remains susceptible to another surge in infections if precautions are ignored as it reopens.

At the same time, society cannot manage under strict controls indefinitely, and "protective screening" such as SoftBank's initiative may become more common, he added.

Although SoftBank said the survey was not a representative sample of the country's population, a rough extrapolation over Japan's 126 million people would suggest around 300,000 people have contracted the virus since the pandemic began.

That is around 17 times the official numbers found by the diagnostic PCR tests - which under Japan's policies were used test only the seriously ill.

But the need to protect his business interests also played a role.

"As a private company, SoftBank is engaged in businesses every day, and to us, the exit strategy is very important. But as society becomes more active, we can't avoid the risk of the second wave of infection," said Son, Japan's second-richest person after Tadashi Yanai, chief executive of Fast Retailing, which owns the Uniqlo chain.

Son said the idea of mass testing can be applied to many businesses, including factories, restaurants and night spots, all of which have to reopen.

What he called "a nice surprise" was that only eight out of 19,075 staff working in SoftBank's mobile phone stores tested positive for antibodies, or just 0.04 percent, lower than the rate among other staff mostly working from home.

"Generally speaking, meeting people is a high risk," said Norio Ohmagari, director of the National Center for Global Health and Medicine. "But I don't think that is always the case. The result suggests we could reduce risks by taking various measures and doing them well."

Other Japanese companies appear to be following Son's move to step in where the government is slow to act.

Already, Rizap Group, a gym operator, is giving antibody tests to 30,000 employees and customers. Toda Corp., a construction company, plans to offer antibody tests to its staff in Tokyo. Nagasaki International University is testing all 69 faculty members as it seeks to reopen safely, media reports say.

While various antibody tests are being used or developed in the United States, they have sparked medical debates. They cannot replace diagnostic tests: Antibodies typically don't show up for a week or two after a person contracts the virus, and an antibody test can't tell if someone is still infected. There are also concerns about accuracy.

Son said he had considered giving everyone PCR tests, but decided on antibody tests as a first step because they can be done "relatively safely, widely and quickly."

He consulted infectious-disease experts and settled on kits from two Chinese manufacturers, Innovita and Orient Gene. But he is also talking to Japanese company Takara Bio and hoping they can further develop a saliva-based PCR test for mass use.

"I am hoping from the bottom of my heart to get to see a society soon when everyone feels safe and enjoys their life," Son said.

Japan has been criticized for failing to test people widely, but the government insists it took the correct approach, rationing tests to prevent crowds collecting at medical centers and to allow the health-care system to focus on the most severe cases.

With fewer than 1,000 deaths - by the official count - and only a few dozen new infections a day, the government believes Japan's approach deserves global recognition.

But many experts say a change of approach is needed now, because only by testing people will the country be able to get back to work after an economically catastrophic shutdown.

"I think the idea of trying to test very comprehensively is very good," said Wataru Sugiura, director of the Center for Clinical Sciences at the National Center for Global Health and Medicine.

"No test is perfect," he added, but the massive volume of data created by SoftBank's study could provide "a foothold toward building a better system."