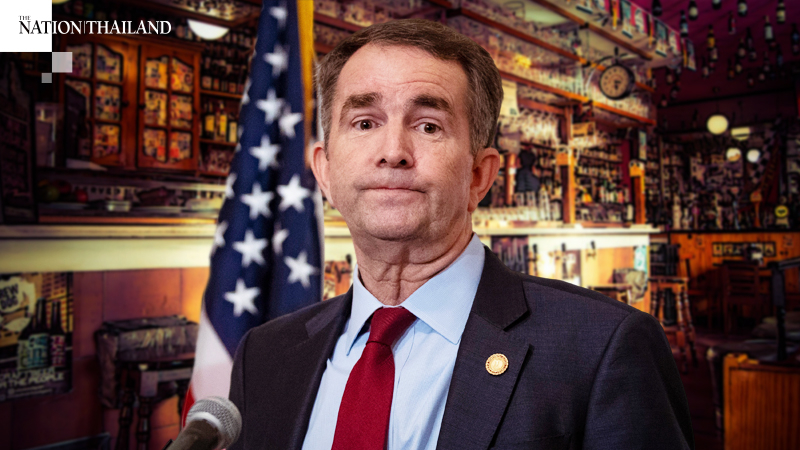 Bar areas inside Virginia restaurants and taverns will not join the state's next phase of reopening Wednesday, Gov. Ralph Northam said, a reversal in policy that followed a Delaware decision to shut down recently reopened bars in beach communities.

After federal officials said Tuesday that bars were the source of coronavirus outbreaks in other states across the country, Northam said people in Virginia will continue to be prohibited from congregating inside bar areas unless they are eating at high-top tables that are at set at least six feet apart.

"I am watching what is happening in other states-we are taking a cautious approach as we enter Phase Three, and maintaining the current restrictions on bar areas," the Democratic governor said in a news release Tuesday evening.

"In Virginia, our hospitalization rates have fallen, our percentage of positive tests continues to trend downward, and we are conducting more than 10,000 tests each day," the release said. "We want these trends to continue, but if our public health metrics begin moving in the wrong direction, I will not hesitate to take action to protect the health and safety of our communities."

The decision to keep shutdown restrictions in place for drinking areas came as Virginia headed warily into a more expansive phase of reopening from the coronavirus shutdowns - and amid a small resurgence of infections that includes an outbreak among Loudoun County residents recently back from a South Carolina "beach week."

With the Fourth of July holiday also a big beachgoing weekend, Democratic Delaware Gov. John Carney on Tuesday ordered bars in Rehoboth, Dewey and other beach areas to close indefinitely starting Friday, citing a recent spike in infections there.

"We have a little bit of a fire that's been starting in our beach communities, and we need to put it out," said Carney, expressing frustration that bar patrons have not worn masks since those establishments were allowed to reopen June 1.

Among other things, the new phase in Virginia means groups of as many as 250 people may gather, swimming pools and gyms can operate at 75% capacity, and other nonessential businesses can run at full capacity with physical distancing measures in place. The neighboring District of Columbia and Maryland, which remain in the second phase of their reopening plans, are watching warily.

Average rates of infections, hospitalizations and deaths in Virginia plateaued at their lowest levels since mid-April. But the seven-day averages for newly reported infections and fatalities have since crept back up - a trend that continued Tuesday, when health officials reported 598 new cases and 23 deaths.

Overall, the Washington region's tally of known cases reached 140,673 Tuesday, with 5,504 fatalities, after Maryland recorded 15 deaths and D.C. reported none.

But local officials said the longer-term signs suggest that the virus's spread has slowed, while area hospitals appear to be well-equipped. Those factors, most said, merit continuing to reopen, so long as people continue to wear masks and stay on guard against infection.

"Anybody who is not concerned has not been paying attention," said Libby Garvey, the Democratic chair of the Arlington County Board. "But we have to live with this virus, and all trends are good, with the numbers going down."

David Goodfriend, director of Loudoun's health department, called his county's new outbreak "a warning for all of us."

"As we're moving forward to reopening our communities, there are more opportunities for folks to get together, whether it's in bars or restaurants, Fourth of July celebrations or parties in people's homes." he said.

Goodfriend said it's too soon to know whether those who caught the virus in Myrtle Beach have infected any of their relatives or friends, and whether there are more people who contracted the virus at the beach and have not yet been tested. So far, 174 county residents between the ages of 16 and 20 have tested positive since June 15, with about 100 of them saying they were recently at Myrtle Beach, he said.

In Alexandria, Va., Democratic Mayor Justin Wilson said he is "definitely hearing angst" from residents who have been monitoring news of spikes in Arizona, Florida and other states - leading the nation's top infectious-disease expert, Anthony Fauci, to warn Tuesday that the country may soon see 100,000 new cases per day.

Fauci also warned against allowing bars to reopen. "Bars: really not good, really not good," he told a Senate committee. "Congregation at a bar, inside, is bad news. We really have got to stop that. We really gotta stop that right now when you have areas that are surging like we see right now."

Wilson said many Alexandria restaurants will see little change in Phase 3, because the state's physical distancing restrictions - which require tables to be kept six feet apart - remain in place. "I talked to the owner of a 24-seat restaurant today who opened with 12 seats a week ago," Wilson said. "Phase 3 allows him to add four more seats."

In Fairfax County, Supervisor James Walksinshaw said the limited airflow inside restaurants and taverns is part of a "trifecta of unsafe circumstances" that also includes a tendency to flout mask wearing and, in some cases, cramped quarters that keeps patrons close together.

"While waitstaff must wear masks to protect patrons, they are unprotected from their patrons who are not wearing masks while eating or drinking," Walkinshaw, a Democrat, said in a Facebook post Tuesday.

Jeff McKay, chair of Fairfax's county board, said it's important for Virginians to remember that "Phase 3 is not a return to normal."

"We must wear masks, socially distance, and wash our hands," the Democrat said in a statement. "That said, if we notice any changes to our numbers, we will certainly weigh in with that data."

D.C. Health Director LaQuandra Nesbitt said she had asked Northam administration officials to reconsider allowing bars to operate and to keep large entertainment venues closed. Phase 3 restrictions allow concert halls and other large venues to reopen if they limit crowds to half capacity or 1,000 attendees, whichever is lowest.

"We've had several conversations in terms of our porous borders," she said. "Our hope is to delay high-risk activities like bars, night clubs, large venues across the national capital region until we have no to low evidence of [widespread community transmission]."

Nesbitt said D.C. will remain in its second phase of reopening - with museums and other tourist-related venues closed, as well as bars - until there are no signs of community transmission of the virus.