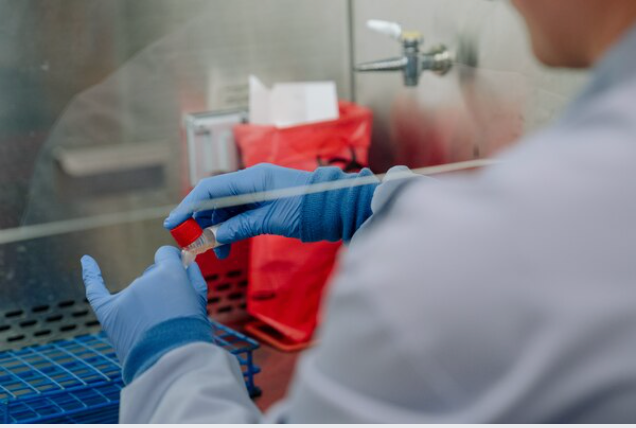 WASHINGTON - The Trump administration is weakening taxpayer safeguards in its agreements with companies working on novel-coronavirus drugs, which could prevent regulators from curbing prices for future vaccines and treatment, a consumer group said Wednesday.

In its race to control covid-19, the disease the virus causes, the federal government is spending billions in agreements with pharmaceutical companies to subsidize development of medicines.

At the same time, it is employing a looser standard of federal contracting - called "other transaction authority" - that avoids some contracting rules that protect taxpayer investments, said Knowledge Ecology International, a consumer advocacy organization that obtained copies of government agreements with industry under a Freedom of Information Act request.

"The amount of money the government is throwing at companies is unprecedented," said James Love, KEI's director. "Normally when you write bigger checks you should have more leverage, not less leverage."

Unlike many other countries, the United States does not control prices of drugs invented or developed with taxpayer dollars. A potential exception is contained in a 40-year-old law called Bayh-Dole. The law grants government power to license a generic competitor if a company is not making a taxpayer-funded drug available to the public on "reasonable'' terms.

The government has never exercised the authority, called "march-in rights," and the limits of the power are disputed. But consumer advocates said they believe the mere threat can serve as a check on drug prices, especially in an emergency like the current pandemic.

KEI said march-in rights appear to be weakened in the "other transaction authority" agreements it reviewed between the Biomedical Advanced Research and Development Authority (BARDA) and drug companies Johnson & Johnson, Roche and Regeneron.

"The government has limited its ability to intervene if the pharmaceutical companies . . . charge unreasonable prices for the resulting covid-19 vaccines or treatments," KEI said in its news release Wednesday.

The companies did not respond to requests for comment.

BARDA is part of the Department of Health and Human Services. The department responded in an emailed statement that its flexible contracting approach has allowed BARDA to quickly shift gears toward the most promising coronavirus countermeasures.

"Agreements under other transaction authority save time and tax dollars by providing flexibility that is not available in typical federal contracts to purchase material," the department said. The HHS "has been able to enter into partnerships with companies to access entire portfolios of potential products and technologies in the company's development pipeline. If the science on one potential product doesn't work out or a new threat emerges, the work can shift quickly to develop a different product candidate in the portfolio to meet the nation's health security needs."

The statement continued, "HHS always seeks best value to the taxpayer, and when purchasing products that are manufactured with companies' financial resources, one of the considerations in the price is any federal funding that was provided to develop the product."

J&J has said it does not intend to profit from its vaccine, although that assertion has been challenged by advocacy groups who say it stands to gain billions in revenue if it is successful.

KEI said it also obtained agreements BARDA has with Moderna and Sanofi and found those contracts do contain Bayh-Dole taxpayer safeguards.

The Washington Post reported last year that use of "other contracting authority" agreements has jumped in defense contracting under the Trump administration. A report by the Center for Strategic and International Studies said the Defense Department's use of OTAs had increased by about 350% since President Donald Trump took office, totaling about $26.8 billion last year.