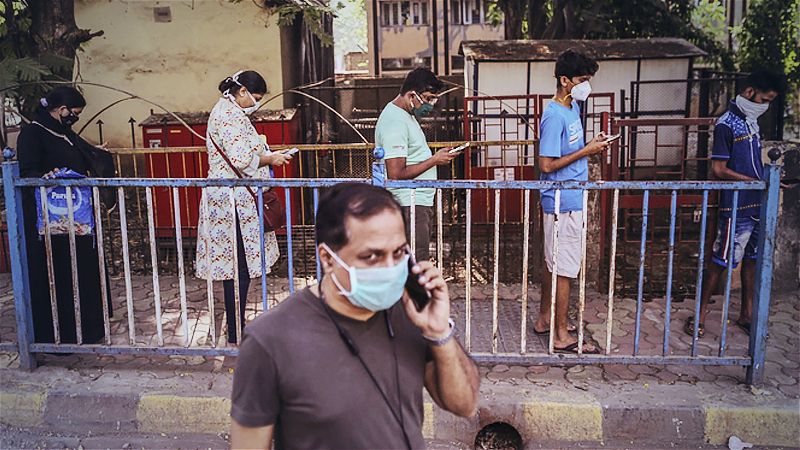 India has set an ambitious timeline for its first potential coronavirus vaccine -- from human trials to general use in six weeks.

The under-development vaccine is "envisaged" to be rolled out "for public health use by Aug. 15 after completion of all clinical trials," Indian Council of Medical Research, or ICMR, said in a July 2 letter to clinical trial sites, which was seen by Bloomberg News. It "is one of the top priority projects which is being monitored at the topmost level of the government."

There's been no evidence yet that Bharat Biotech's vaccine is safe for use on humans, not to mention effective. The envisioned timeline is markedly shorter than other front-runner vaccine efforts from American and Chinese drugmakers, most of which started human clinical trials months ago and are now entering the last of three stages of testing.

The bid underscores India's urgent need for a way to halt the coronavirus, which has sickened more than 640,000 people and killed over 18,600 in the Asian nation -- the world's fourth-largest outbreak. In its letter, ICMR urged the trial sites to enroll volunteers by July 7.

The speediness has alarmed some in the medical fraternity. "Such an accelerated development pathway has not been done EVER for any kind of vaccine, even the ones being tried out in other countries," Anant Bhan, a medical researcher at India's Manipal University, said in a Twitter post. "Even with accelerated timelines, this seems rushed and hence, with potential risks."

After abandoning a costly lockdown that caused tremendous economic suffering without slowing the virus's spread, Prime Minister Narendra Modi's government is anxious to project control over the outbreak.

The Aug. 15 deadline for Bharat Biotech's vaccine may reflect that political pressure: that's the day India celebrates independence from the British, marked by a nationwide address by Modi.

The letter to investigators of clinical trial sites was meant to cut unnecessary red tape, without bypassing any necessary process, and to speed up recruitment of participants, the ICMR said in a statement on Saturday.

"ICMR's process is exactly in accordance with the globally accepted norms to fast-track the vaccine development for diseases of pandemic potential wherein human and animal trials can continue in parallel," according to the statement. "Our trials will be done following the best practices and rigour, and will be reviewed, as required."

Bharat Biotech plans to enroll 375 people in the first phase of clinical trials and 750 people in the second phase, an ICMR spokesperson said. Whether the vaccine will be approved for general use depends on the outcomes of those trials, he said. A spokeswoman for Bharat Biotech declined to comment on the Aug. 15 timeline in ICMR's letter.

"They can't do that," said Jayaprakash Muliyil, chairman of the Scientific Advisory Committee in National Institute of Epidemiology, referring to the targeted timeline of the vaccine launch. Developing a vaccine is a complicated procedure that involves proving its effectiveness and safety, he said.

While Bharat Biotech's timeline is ambitious compared to other efforts, India's mature medical manufacturing sector and its large population, from which human trial volunteers can be easily found, are factors that could help accelerate the usual vaccine development process.

The trial will start "most probably" by Monday, said C. Prabhakar Reddy, a professor in Hyderabad's Nizam's Institute of Medical Sciences -- one of the trial sites that received ICMR's letter. "We are all working day and night to meet the deadline but still it will be neck to neck race," he said, adding that he doesn't anticipate any shortage of volunteers "in the current scenario."

A vaccine ready for public use will allow the safe reopening of schools, offices and factories to revive India's economy, which is hurtling toward its first contraction in more than four decades. It will also tie in with self-reliance -- a motto Modi has repeated often in recent weeks.

Developing nations are eager to pare their dependence on other nations and foreign drugmakers in securing vaccines. Called Covaxin, the "inactivated vaccine" candidate has demonstrated safety and immune response in preclinical studies, Bharat Biotech said in a June 29 statement that cited the firm's "track record in developing vero cell culture platform technologies."

It has developed vaccines against polio, rotavirus, Japanese encephalitis and Zika, according to the statement.

Bharat Biotech "is working expeditiously to meet the target, however, final outcome will depend on the cooperation of all the clinical trial sites involved in the project," the ICMR letter said.