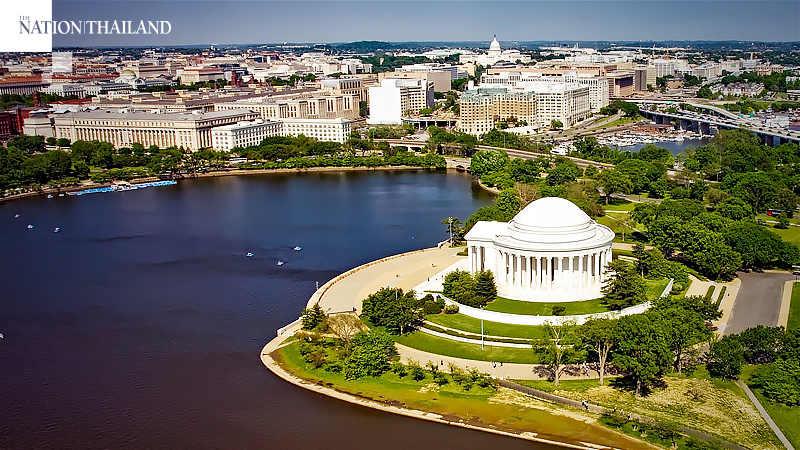 WASHINGTON - The greater Washington region recorded its highest daily coronavirus caseload in weeks Wednesday as the city lost more ground in its fight to quell the pandemic.

Maryland, Virginia and Washington, D.C., combined to report the region's highest single-day case increase since June 4. Area leaders are monitoring a rise in cases in hopes of staving off outbreaks that have occurred elsewhere in the country.

While much of the increase is the result of infection spikes in Virginia's Hampton Roads region, many other localities have also reported increases in recent days.

The transmission rate - the number of people a new patient is likely to infect - surpassed 1 earlier this month after steadily rising since mid-June. City leaders want the rate below 1 for five consecutive days before considering a shift into the third stage of coronavirus recovery, although the D.C. Health Department has cautioned that the metric becomes a less reliable indicator of transmission as cases decline.

D.C. public health officials have said the next stage of coronavirus recovery will be difficult to achieve because it requires drastically lower risks of the virus spreading.

The city also has struggled to achieve two weeks of declining new cases, measured by the date a person developed symptoms, excluding patients from confined facilities. Officials have measured seven days of declining cases as of Wednesday, but the clock has reset several times, with cases going up and down rather than a steady decline.

Hospitals in the city have been running at just short of 80 percent capacity - a threshold that could trigger additional restrictions or measures to handle a surge of coronavirus patients.

Mayor Muriel Bowser, D, said at a Wednesday news conference the city has been testing record numbers of people, which might lead to a higher raw number of cases, but she noted the rate of people testing positive has stayed below 5% in recent weeks.

"Our message continues to be the same: The virus is still in our community, it's still circulating, and we have to be very vigilant in wearing masks, practicing social distancing and washing our hands, and in being judicious about the activities that we participate in," she said.

Maryland Gov. Larry Hogan, R, said Wednesday that noncompliance of restrictions in bars and restaurants could force the state to shut down those businesses like other states that have seen surges in cases.

"At this point, we're trying to crack down on the bad apples without killing the whole industry," Hogan said. "If it gets out of control, we'll have to take another look."

Contact tracers across the county are finding the virus is being spread in bars and restaurants where young customers are not wearing masks or practicing social distancing, he said. Maryland health officials are monitoring an uptick in the positivity rate on coronavirus tests among residents under the age of 35.

"While our health metrics are continuing to slightly decline or plateau, this battle is not behind us, not by a long shot," he said. "Low risk does not mean no risk."

He urged residents to refrain from traveling to states experiencing high caseloads. Those who do travel should get tested when they return, he said.

The governor said Maryland has not experienced a surge seen in states like Texas and Florida because Maryland put restrictions in place for bars and restaurants under the state's reopening plan. For example, he said, bars were instructed to serve seated customers and prohibit people congregating.

On Tuesday, Hogan sent a letter to county leaders pressing them to enforce those restrictions on establishments. He said Wednesday that "it really is a responsibility of the counties" to devise a coordinated response with its liquor boards, health departments and police departments.

Statewide in Maryland, hospitalization numbers increased for a second consecutive day Wednesday, while the seven-day average increased for the fifth day in a row. At the same time, the state conducted a record number of tests with a decline in the positivity rate, as well as its rate of deaths.

In the state's most populous jurisdiction, Montgomery County Executive Marc Elrich, D, said Wednesday the county will continue enforcing physical distancing and mask requirements and plans to focus next on construction sites, shutting down projects where workers are not wearing masks.

"We are going to double down," he said, noting that construction workers might go back to communities where residents live in close quarters, making community spread more likely. "We are not going to go the way of these other states where reopening has led to a reemergence of the virus."

The county reported 103 additional cases on Wednesday, though its seven-day average has held steady for weeks.

Elrich said he was "a little surprised" by Hogan's letter a day earlier telling local leaders they "have the responsibility to enforce the laws." He said Montgomery County has been doing so already, and noted that Hogan could have offered to work jointly with the localities, using state police to help enforcement efforts.

Elrich said county officials would give businesses a warning before taking any actions.

Virginia took its own set of actions Wednesday on a first-in-the-nation measure to protect workers from the coronavirus.

The state's safety and health codes board voted to adopt a set of coronavirus-related workplace safety mandates, requiring businesses to implement a raft of safety measures to protect people from being infected with coronavirus at work. Companies could face steep financial penalties if they are found to have violated the policies.

Maryland saw 759 new cases and seven deaths, while Virginia had new 1,084 cases and 15 deaths. Washington's caseload increased by 80, while three new fatalities brought an end to the city's five-day streak with no reported deaths.

While each jurisdiction eclipsed its seven-day average caseload, the biggest spikes continued to occur in Virginia's Hampton Roads region, which saw 494 new cases.

The seven-day average of coronavirus cases in that area has increased for 11 consecutive days, reaching 383 daily cases Wednesday. That's five times higher than in late June.

Northern Virginia's 241 daily cases Wednesday was above its seven-day average and the highest daily total since July 5. Despite the increase, the seven-day average in the state's D.C. suburbs is virtually unchanged since mid-June.

A rise in hospitalizations across the greater Washington region has followed the caseload increase. The area's seven-day average of covid-19 patients in hospitals has risen for six consecutive days.

But not every metric in the Washington region was worsening. The number of patients in intensive care or using ventilators has held steady, while the average number of daily deaths dropped to its lowest point since early April.