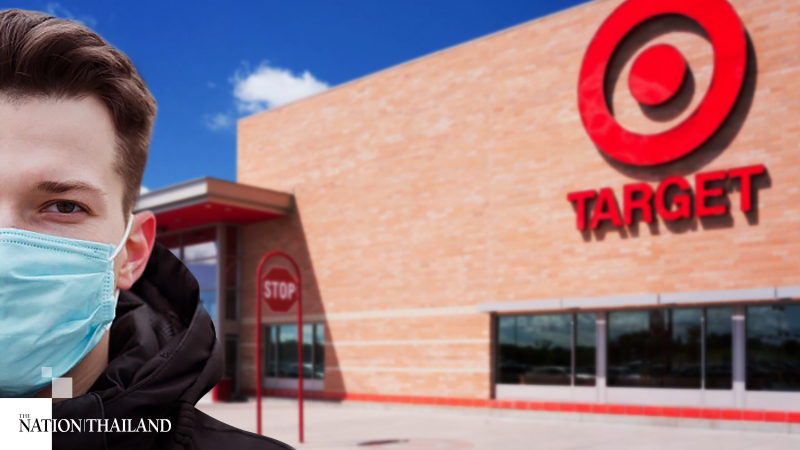 A slew of retailers have joined Walmart in requiring shoppers to wear face coverings at every U.S. store amid an upswing in coronavirus infections.

Target and CVS Health announced new policies Thursday. Kohl's and Kroger made the change Wednesday afternoon, hours after Walmart - the world's biggest retailer - said it would require mask-wearing at its 5,300 namesake and Sam's Club locations.

Target said its new mask policy, which takes effect Aug. 1, does not apply to young children or those with underlying medical conditions. Like Walmart, it will station employees at store entrances to remind shoppers to wear masks and to provide disposable ones if needed. It also will install signage, run reminders on store audio systems and encourage no-contact shopping options. More than 80% of its 1,871 U.S. stores already have mask requirements in compliance with local and state mandates.

"To be clear, we're not asking our store employees to play the role of enforcer," CVS Chief Operating Officer Jon Roberts said in a news release. "What we are asking is that customers help protect themselves and those around them by listening to the experts and heeding the call to wear a face covering."

Kroger, the nation's largest supermarket chain, announced Wednesday in a tweet that masks will be required at all 2,758 stores. The Ohio-based grocer's banners include Kroger, Harris Teeter, Ralphs and Fred Meyer.

Walmart said that masks would be required at all its stores starting Monday, and that it will position "health ambassadors" at the entryways to help with enforcement. The retailer said about 3,500 of its more than 5,300 Walmart and Sam's Clubs locations already are observing public health mandates within their respective markets.

"We know some people have differing opinions on this topic," said a news release from Dacona Smith and Lance de la Rosa, the chief operating officers of Walmart and Sam's Club, respectively. "We also recognize the role we can play to help protect the health and well-being of the communities we serve by following the evolving guidance of health officials like the [Centers for Disease Control and Prevention]."

The world's biggest retail trade group lauded Walmart's move and expressed hope that it would be a "tipping point" for the retail industry. Costco, Apple and Best Buy already had mask policies in place.

"Workers serving customers should not have to make a critical decision as to whether they should risk exposure to infection or lose their jobs because a minority of people refuse to wear masks in order to help stop the spread of the deadly coronavirus," the National Retail Federation trade said in a statement.

"Shopping in a store is a privilege, not a right. If a customer refuses to adhere to store policies, they are putting employees and other customers at undue risk," the statement continued.

Mixed messaging from local and state governments, and varying business policies, have politicized mask use despite CDC guidance that suggests masks can help prevent the spread of the novel coronavirus, the pathogen that causes the disease covid-19, which has killed at least 133,000 Americans. The number of confirmed U.S. coronavirus infections is approaching 3.5 million. The CDC, which originally downplayed the importance of masks, now calls face coverings "a critical preventive measure" and says they should be worn in public.

The move comes amid a surge in infections, particularly in the South and West, that has overwhelmed hospitals and raised fears of more outbreaks this fall and winter. The United States topped 50,000 new cases in one day for the first time on July 1, shortly after the nation's top infectious-disease expert, Anthony Fauci, warned that the country could expect to see 100,000 new cases a day "if this does not turn around." On Wednesday, the United States reported 65,852 daily new cases.

The patchwork approach to masks and the political tempest surrounding them has left retail workers vulnerable as they enforce mask policies. Some workers say they have been told that they cannot refuse service to maskless customers, even if local laws require the wearing of masks. During the pandemic, retail workers have been physically assaulted, even suffering broken limbs and, in the case of a security guard at a Family Dollar store in Michigan, killed while trying to enforce the mask requirement.