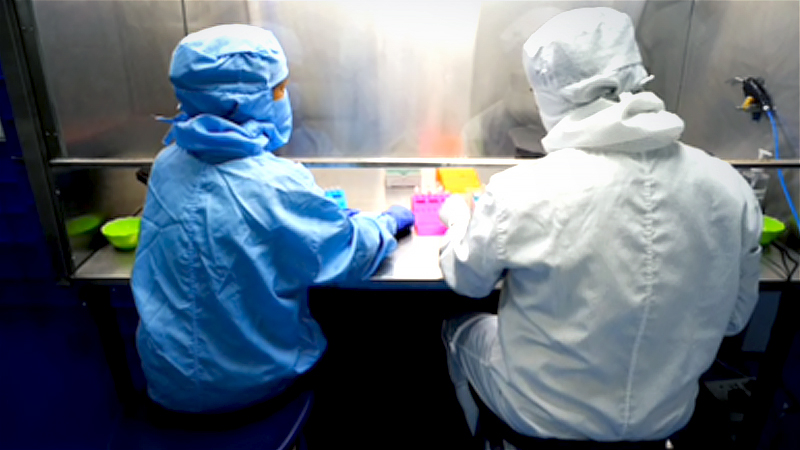 Eli Lilly and Co.'s experimental antibody treatment for covid-19 reduced the rate at which symptomatic patients were hospitalized compared to a placebo, according to preliminary study results released by the company and its partner.

Indianapolis-based Lilly and AbCellera Biologics Inc., a closely held Canadian biotechnology company, are co-developing neutralizing antibodies derived from one of the earliest patients in the U.S. to contract covid-19. They are among a handful of companies, including Regeneron Pharmaceuticals Inc., AstraZeneca Plc., GlaxoSmithKline Plc and its partner Vir Biotechnology Inc. pursuing antibody therapies to combat the pandemic.

Interim results from a mid-stage trial that evaluated multiple dosages found that Lilly and AbCellera's treatment, known as LY-Cov555, was associated with a 1.7% rate in hospitalizations and ER visits among those who took the treatment compared with a 6% rate among people on a placebo, a 72% reduction in risk. No patients in the study progressed to mechanical ventilation or died.

Lilly's shares rose 0.9% to $151.48 at 10:29 a.m. in New York trading on Wednesday. The lack of a response at the highest dose and scant detail on the lower hospitalization rates drew Wall Street analyst scrutiny.

The results were "odd," Bloomberg Intelligence's Sam Fazeli wrote in a note, adding "It's not clear which dose drove the 72% reduction in hospitalizations. Very few patients were hospitalized, raising a risk that the effect is by chance. We need to see more data."

The early results also showed that one of three doses of the antibody drug tested against covid-19 lowered the amount of virus present 11 days after patients received the treatment compared to the placebo. A 2,800 milligram dose version of the drug reduced the viral load, though the 700 mg and 7,000 mg doses did not achieve that end point. Most patients, including those receiving the placebo, demonstrated near complete viral clearance by the eleventh day.

Lilly said it will soon publish the results of this interim analysis in a peer-reviewed journal and discuss appropriate next steps with regulators.

Regeneron is expected to report results of its own at the end of this month. Jefferies analyst Biren Amin was confident the biotech company's antibody cocktail approach could prove more effective than Lilly's, which relies on a single antibody..

On Tuesday, top officials at Operation Warp Speed, the Trump administration's effort to expedite the development of an inoculation and treatment, identified antibody therapies as one of its foremost R&D priorities to counter covid.

Moncef Slaoui, who is leading the Trump Administration's Warp Speed initiative, wrote in The New England Journal of Medicine that the U.S. government plans to support manufacturing of the "most potent" monoclonal antibody products "so that hundreds of thousands of doses could be deployed this fall and winter."

Slaoui touted the potential for monoclonal antibodies not just to serve as treatments for sick patients who've become infected, but as a preventive drug for those at high-risk.

In August, Lilly and AbCellera kick-started a trial of its antibody drug in nursing homes, suggesting it may have the potential protect vulnerable groups that vaccines may not cover. Slaoui said it will continued to be tested in nursing homes, as well as "meat-packing plants, and other settings" beginning in October.

The "true utility" of neutralizing antibody treatments will be in the preventing infections in unexposed people -- not as a treatment of the virus, as seen in Wednesday's results, Evercore ISI analyst Umer Raffat said in an email.