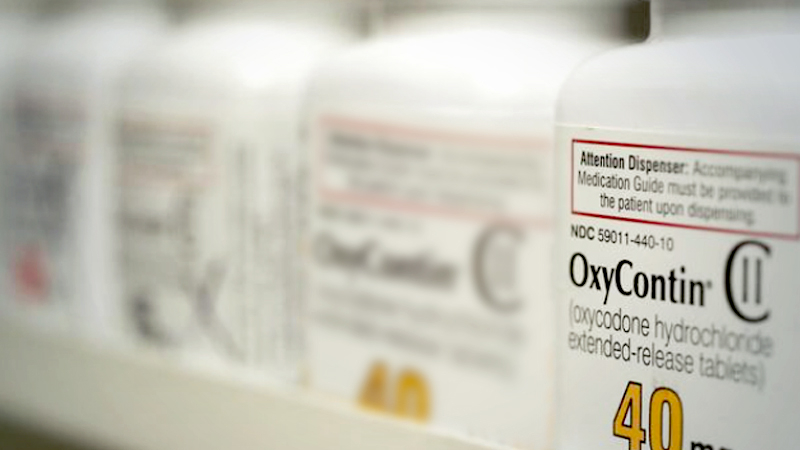 WASHINGTON - The Justice Department announced a historic $8.3 billion settlement Wednesday with OxyContin-maker Purdue Pharma, capping a long-running federal investigation into the company that, for critics, became a leading symbol of corporations profiting from America's deadly addiction to opioid painkillers.

As part of the deal - the largest such settlement ever reached with a pharmaceutical company, officials said - Purdue Pharma agreed to plead guilty to three felonies. But state authorities and families who have lost loved ones to their products said the Justice Department's terms, which include a $225 million civil settlement with the billionaire Sackler family that once ran the firm, are too lenient.

Wednesday's announcement comes as the Justice Department has pushed to settle a number of outstanding investigations involving major corporations. Administrations often seek to resolve significant cases as they near the possible end of their time in office, and with Election Day drawing near, the Trump administration has pushed to finalize a number of such matters this month. A multibillion-dollar settlement with Goldman Sachs over alleged financial misdeeds is expected to be announced later this week.

While numerous other lawsuits and court fights over opioids will continue, the Purdue Pharma settlement highlights how, for more than two decades, the widespread problem of overprescribing, diverting, and abusing pain pills raged across America while drug manufacturers, distributors, pharmacists, and doctors profited from the problem and largely deflected responsibility.

Deputy Attorney General Jeffrey Rosen said the settlement "will redress past wrongs, and will also provide extraordinary new resources for treatment and care of those affected by opioid addiction."

Massachusetts Attorney General Maura Healey, a Democrat, said the Justice Department "failed" because justice in this case "requires exposing the truth and holding the perpetrators accountable, not rushing a settlement to beat an election. I am not done with Purdue and the Sacklers, and I will never sell out the families who have been calling for justice for so long."

As part of the settlement, officials said, Purdue Pharma will admit in federal court in New Jersey to defrauding the United States and violating the anti-kickback statute from 2009 to 2017. The settlement includes a criminal fine of more than $3.5 billion, criminal forfeiture of $2 billion and a civil settlement of $2.8 billion.

The proposal must be approved by the bankruptcy court judge if it is to be enacted.

Federal prosecutors alleged the company, which manufactured millions of opioid pills during the height of the epidemic, paid two doctors through Purdue's doctor-speaker program and an electronic health records company to drive up prescriptions for its opioid products, including its top seller OxyContin.

"The kickback effectively put Purdue's marketing department in the exam room with their thumb on the scale at precisely the moment doctors were making critical decisions about patient health," District of Vermont U.S. Attorney Christina Nolan said at the Justice Department briefing.

Purdue acknowledged the wrongdoing the company was resolving, saying Wednesday that it is a "very different company" today.

"Purdue deeply regrets and accepts responsibility for the misconduct detailed by the Department of Justice in the agreed statement of facts," said Steve Miller, who has headed the company's board since July 2018.

The criminal plea, officials said, does not preclude the potential for criminal charges in the future against any executive or member of the Sackler family, who own Purdue Pharma.

In a statement, family members denied criminal and civil culpability. They sought to distinguish between their ownership and leadership of the company, and the individual criminal acts of lower level managers.

"No member of the Sackler family was involved in that conduct or served in a management role at Purdue during that time period," they said in a statement. The family's $225 million civil settlement with the government stems from its drive, as past directors of the company, to increase OxyContin sales.

The family members - including Richard Sackler, David Sackler, Mortimer D.A. Sackler, Kathe Sackler, and Jonathan Sackler (who is now deceased) - demanded in 2012 that company executives come up with a plan to generate greater revenue in response to slumping sales, according to the settlement. They approved a new marketing plan called "Evolve to Excellence" in which "Purdue sales representatives intensified their marketing of OxyContin to extreme, high-volume prescribers who were already writing '25 times as many OxyContin scripts' as their peers," the Justice Department said.

Those efforts directly led to uses of the addictive tablets that were "unsafe, ineffective, and medically unnecessary, and that often led to abuse and diversion,'' the government said.

The $8 billion figure is largely symbolic - the bankrupt drugmaker is already indebted to states, communities and other creditors. The company is among numerous drugmakers and distributors embroiled in litigation over the deaths and economic devastation inflicted by the opioid epidemic. In the past two decades, more than 400,000 Americans have died of opioid overdoses.

About 2,800 cities, counties, Native American tribes and other groups have sued drug retailers, distributors and manufacturers, including Purdue, in a mammoth case that has been consolidated before a federal court judge in Cleveland. Separately, most states have sued the company in their courts, believing those venues give them a legal advantage.

By declaring bankruptcy, Purdue shielded itself from that litigation. Purdue has a tentative deal with about half the states and the lawyers representing the municipalities, but the remainder of the states want the Sackler family to contribute more. The divide is largely along party lines, with Republican attorneys general agreeing to the deal and Democratic states opposed.

Purdue has said it wanted the federal investigations settles before it finalized any global settlement of the thousands of cases.

Critics of the Sacklers and Purdue blame OxyContin for fueling the epidemic and have argued for harsher penalties. Like Healey in Massachusetts, attorneys general in the middle of litigation reacted harshly to the settlement news Wednesday.

North Carolina Attorney General Josh Stein, a Democrat, said he doesn't support the settlement because it "does not force the Sacklers to take meaningful responsibility for their actions. A real agreement to resolve these cases would force the Sacklers to pay more and would provide funding to help pay for the treatment and programs people need to get well."

"Today's deal doesn't account for the hundreds of thousands of deaths or millions of addictions caused by Purdue Pharma and the Sackler family," New York Attorney General Letitia James wrote in a statement. "Instead, it allows billionaires to keep their billions without any accounting for how much they really made."

With the federal government now in line with other creditors, it is unclear what money will remain for states, cities and towns to fund addiction recovery programs and supply overdose reversal medication, said Carl Tobias, a professor at Richmond University School of Law.

"If the federal government actually does get any of these resources, is there anything left for the states?" Tobias asked.

Purdue Pharma filed for bankruptcy in September 2019, as it faced thousands of civil lawsuits brought by states, counties and cities across the country. As part of the bankruptcy proposal, the Sackler family has agreed to relinquish ownership of the company, which now has a shrinking base of revenue amounting to a few hundred million dollars a year. It would be reestablished as a for-profit public trust corporation with the goal of distributing anti-addiction and overdose rescue drugs.

The family is not part of the bankruptcy filing, but it has asked the court to be shielded from lawsuits as part of their agreement to a proposed bankruptcy settlement, which would include a family contribution of $3 billion.

States have hotly contested the request for the family's shield from lawsuits, contending it should pay more. A company-hired consultant has said that Sackler family members paid themselves up to $13 billion from the company.

The modern version of the family-owned company, based in Stamford, Conn., got its start in 1952 when three brothers - Arthur, Raymond, and Mortimer - bought it. The Purdue Pharma affiliate was founded by two of the brothers, Raymond and Mortimer, in the early 1990s. It introduced OxyContin in 1996.

The company aggressively marketed the drug and its timed-release properties to doctors for use in patients with chronic pain. But it was soon blamed for contributing to a spike in addiction and was investigated by federal and state authorities who said it helped fuel a nationwide crisis.

In 2007, Purdue Frederick, an associated company, and three of its executives, none of them Sackler family members, pleaded guilty to deceptive marketing charges.

Gary Mendell, who lost his son Brian in 2011 to suicide after years of an opioid addiction, said he supports the settlement's proposal to reestablish the company as a public trust corporation to ensure that funding is devoted to advanced treatment programs.

"The most important thing is that we prevent parents from having to bury a child," Mendell said. "It's very important now to use this funding to apply toward treatment that is based on science, to help those that are addicted get care that will help them live full and fulfilling lives, and also use it to change the way that society thinks about this disease."