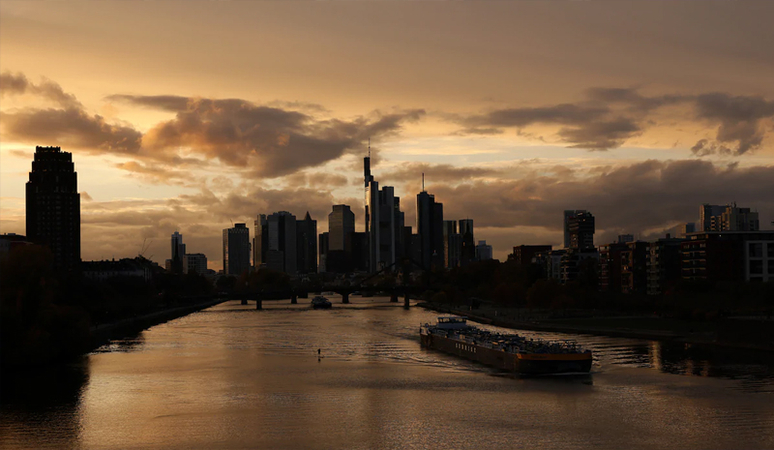 LONDON - The clocks were dialed back an hour across Europe this week, and the long nights come early. The hospitals are filling up as the cafes are shutting down. Governments are threatening to cancel Christmas gatherings.

As new coronavirus infections surge again in Europe, breaking daily records, the mood is growing dark on the continent - and it's not even November.

Summer's reprieve feels like a long time ago, and the continent is entering a serious funk.

Germany and France on Wednesday joined those announcing shutdowns to try to get the virus under control. The new measures are less restrictive than in the spring, and yet they are facing more pushback.

People are no longer so willing to hunker down in their little apartments, stepping out in the evenings to applaud courageous nurses. Nobody is singing arias from their balconies anymore. Europeans remain scared of covid-19, but they are just as scared about jobs. They're fried - and growing angry and belligerent, too.

Caterina Gramaglia, 42, a theater actress in Rome, said that compared with in the spring, she feels more unmoored, less certain what to do. The first time theaters closed in Italy, it was for her a chance for stillness, for reflection. Now that theaters have shuttered again, she said, "it's a time of great dread and fear."

"We are generally used to seek-and-find solutions," Gramaglia said. "But now we don't know where to go. There is a sort of general desperation."

Police in Italy this week fired tear gas to disperse rioting crowds in Turin and Milan after protests against the latest round of anti-coronavirus orders flared into violence.

In Germany, the streets swelled with protesters from the hospitality industry, while Chancellor Angela Merkel met with regional leaders to debate the partial lockdown, in which restaurants are closed but schools are staying open.

In Liverpool, England, which is dealing with regional restrictions, gym owners defied police orders to shut down, saying the facilities needed to stay open - not just for the money but for their member's mental health. In London, the sun set at 4:40 p.m.

Sensing the zeitgeist, Tedros Adhanom Ghebreyesus, the head of the World Health Organization, recognized the "pandemic fatigue that people are feeling" but urged, "We must not give up."

Smugness in Europe about having bested the Americans under President Donald Trump is fading with the record-breaking daily counts in a dozen countries.

"We had predicted there would be this second wave, but we ourselves are surprised by the brutality of what's been happening over the past 10 days," Jean-François Delfraissy, an immunologist and the chair of the French government's scientific advisory board on the coronavirus response, told France's RTL radio.

In Paris, the mood was almost funereal Wednesday ahead of the announcement of a second national shutdown, to begin Friday. Traffic backed up on the roads out of the capital, with Parisians appearing to flee from an advancing cataclysm.

The weather in Europe this week hasn't helped. A low-wattage dingy gray settled over Belgium as public health officials predicted 1% of the population could soon be sick with covid-19 on any given day.

Many Belgians this time of year are usually packing their bags ahead of school holidays that begin Monday. They board bargain airline flights to Turkey and the south of France and the Azores. They grab a final dose of foreign sunshine before settling in for their drizzly winter.

This year, though, Belgian leaders are telling citizens the fall break is a perfect time to sit inside at home and not spread the virus.

One prominent doctor this week even advocated postponing Christmas celebrations until next summer.

"To slow down the curve, we have to imagine different holidays," Frédérique Jacobs, the head of the infectious-diseases department at the Erasme hospital in Brussels, told the Belgian broadcaster RTBF on Monday.

"Or even postponing those end-of-the-year and Christmas parties to July or August when it is sunny," he said.

Social media responded with a groan.

In Spain, the government declared a new state of emergency this week that enabled a raft of restrictions to be put in place nationwide, including an 11 p.m. curfew.

"I think the main feeling when I think about this lasting over the next few months is loneliness," said Isabella D'Ambrosio, 24, who works for the United Way's Spain communications office in Madrid.

"The less we can do with friends, the more time we have to stay at home," she said. "Winter is already a little bit sadder and more nostalgic."

In Italy, the massive first wave of the virus provoked a sense of unity that surprised even Italians.

They sang from apartment balconies during the lockdown. They adhered to the rigid rules. Signs saying "Andrà tutto bene" - "Everything will be all right" - went up across the country, remaining there into the summer as the infection rate plummeted and Italians grew prideful of their worst-to-first response.

But that feeling has been replaced by discontent, and by anger toward political leaders who had assured Italians they would not fall back into emergency.

Prime Minister Giuseppe Conte pledged in August that Italians could face an autumn "without limiting economic activities." That promise has crumbled.

When the governor of Campania proposed a shutdown last week, blowback - and violent street protests - prompted him to back away.

With bars and restaurants across Italy ordered to shutter at 6 p.m., piazzas in major cities have turned into nighttime theaters for far-right groups and agitators who have thrown homemade explosives, set garbage cans on fire and been repelled by water cannons from police.

Coronavirus restrictions have transformed Berlin, known for its 24-hour nightlife, thumping techno clubs and vibrant arts scene. As the government tries to keep schools open, it has urged young people to stop the parties.

"So many people here depend on the nightlife, mentally and financially," said Agnieszka Krzyzanska, 27, as she ate brunch at Allan's Breakfast Club, a cafe in Berlin's eastern Prenzlauer Berg neighborhood that serves eggs Benedict and cocktails to an international crowd.

The restrictions, Krzyzanska said, are "too much."

But the proprietor, Allan Bourbon, 46, wasn't so sure. "Go to France and then say it's too much," he said, sipping on an early-afternoon Pernod, referring to the rocketing cases. "It's living la vida loca when you have lockdown here."

Bourbon expected to have to close completely for the duration of Germany's new shutdowns - the restaurant's food is not well suited for delivery. He hopes things will open up again before Christmas.

In Belfast, food-bank manager Sinead McKinley and her colleagues are helping hundreds of families in some of the most deprived areas of the city access hot meals and food parcels.

"People are so fatigued," she said. "The weather is crap, they don't have the Internet they need to educate at home, and they are going hungry."

"During the first lockdown it felt different," McKinley said. "This time it really is despair."