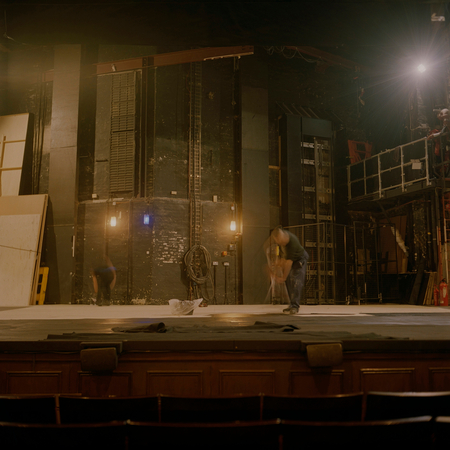 The stage is being repainted at the Garrick Theatre in London. MUST CREDIT: photo for The Washington Post by Tori Ferenc.

LONDON - At the gilded playhouses in the world's most popular theater district, most of the marquee lights are still dark. 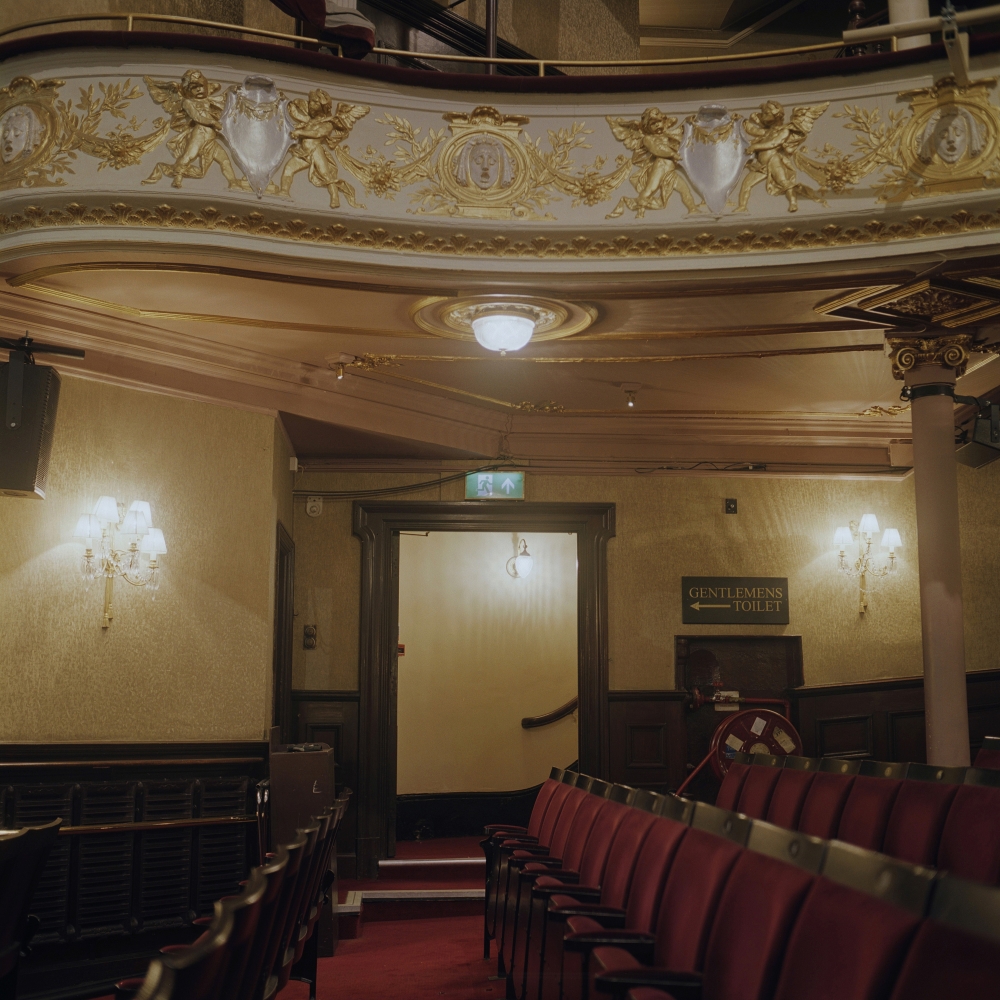 Since the government ordered London's stages closed seven months ago, only a handful of theaters have dared to announce reopening plans - with limited runs, limited casts and socially distanced audiences scattered in the seats. Producers say ticket sales will barely cover the electricity bill.

The impact of enduring restrictions has been catastrophic for London's creative class. An estimated 290,000 people work in the theater here - onstage and behind the scenes - and many have had to seek paychecks where they can. Furloughed actors are stocking shelves in grocery stores. Musicians are hammering nails at construction sites.

She said for the performers and crew, "it's very hard emotionally, and for some mentally," to be denied the spark of a live, paying audience.

Burns called this the worst of times and remarked that London theaters remained open through World War II. To find a similar closure? She suggested looking at the 16th-century plague.

Emma De Souza, a spokeswoman for the Society of London Theatre, said that at one Sainsbury grocery story in east London, there are so many West End performers working "you can hear singing in the aisles."

Actor Paul Valentine is among those who have been stocking shelves since the lockdown hit.

"It's been an interesting old year," said Valentine, 32, who last year toured with a production of "Wuthering Heights."

He said he misses performing in front of a live audience, especially as he enjoys comedic roles where "just a little twitch and you can make a group of people erupt with laughter. With no audience, you can't do that. It's a shame not to have that buzz."

In July, the British government announced $2 billion of grants and loans for struggling arts institutions. More than $400 million has been doled out to nearly 2,000 organizations so far.

But industry representatives say little of that money is going to freelancers - an estimated 70% of those who work in the theater, and a good portion of those affiliated with other performing arts.

Hundreds of freelance musicians descended on Parliament Square in October to highlight the plight of the music industry. The impromptu orchestra played 20% of Gustav Holst's "Mars" - lasting 90 seconds - to symbolize that eligible freelancers can claim a maximum of 20% of their income from government-support packages.

"I really miss playing with others," said Barry Clements, 30, a trombonist who sat in the pit orchestra of "Les Miserables" for six years. "Bouncing off other players and the audience and performing for the people. That's the beauty of it - we all love what we do."

He hopes to rejoin his bandmates in December, when "Les Miserables" is scheduled to return for a six-week limited run - assuming the growing number of government restrictions still allows it.

"We are all looking forward to getting back and hopefully getting back to some sort of reality, even if for a short time," Clements said.

For now, he is working as a laborer, ripping out flooring and fitting units for his father's construction company. One of his friends from the West End is now a delivery driver, another retrained as a lifeguard.

Cynthia Duberry, 44, a veteran stage manager who has been in the industry for 20 years, is working at a grocery store.

She said one of the things she misses most is the half-hour before a show opens.

"That sound, of the audience coming in, is one of my favorite moments," she said. "I'm standing onstage, just before I hand over the show to the front of house, you stand there, everything is prepped, the rustle, this lovely moment before these two worlds come together."

Last year, London's theaters played to 15.3 million people (more than Broadway by a million), which generated $1 billion at the box office.

Today, the streets of the West End are empty. The bistros and bars that would have been packed by the theater crowd, gulping down a last round or quick bite, rushing to 7:30 p.m. curtain, are struggling.

David Pugh, a West End and Broadway theater producer, said he is struck by how quiet his neighborhood is. His apartment overlooks Shaftesbury Avenue, home to shows including the hit "Harry Potter and the Cursed Child."

"I don't need double glazing any more," he said. There isn't much noise for the windows to block out.

Some in the industry have been incensed by the suggestion they give up on the arts and find permanent jobs in other industries.

A government-backed poster suggesting that a ballet dancer might pursue a career in cybersecurity landed with a particular thud. Of course, dancers retire young and seek out second careers whether or not the world is in the midst of a pandemic. But Britain's cultural secretary conceded that running it in the current environment was "crass."

Caroline Jay Ranger, a theater director, said, "They want to put money into retraining us to do something else, when all we do is theater - these are the set builders, the electricians, the master carpenters, the wig designers" and they are all "specialist, specialist people."

Summer offered a bit of reprieve for the arts in Europe, especially in outdoor venues, such as the Salzburg music festival. But now the weather has forced everyone back indoors, at the same time cases of the novel coronavirus are rising exponentially in Europe and the United States.

Broadway has decided it is too much to take on - theaters in New York will likely remained closed at least until May.

Of the approximately 80 theaters in London, 10 have announced they are open or will try to reopen from late October onward, even if they must operate at a loss, with smaller, socially distanced audiences. The Royal Ballet also plans to resume public performances in early November.

The bigger musicals need to sell 80 to 85% of tickets to break even; strict social distancing often means they can pack in 30 to 40%.

Andrew Lloyd Webber has said social distancing in a London playhouse is, financially, "impossible." He pointed out that while his hit musical "Phantom of the Opera" was closed in London over the summer, it ran to packed houses in South Korea, with no social distancing. Instead the Korean showplace had hygienic door handles, thermal imaging cameras to spot customers with a fever and other strict hygiene measures.

In London, the first big musical to return was "Sleepless in Seattle," a stage version of the Meg Ryan and Tom Hanks romantic comedy. The cast and crew were tested daily for the coronavirus, the director axed the kiss, and theater capacity was reduced from 1,200 to 400. Theatergoers wore masks, observed a one-way system and had their temperatures taken on the way in.

"People across the globe were watching us carefully," said producer Michael Rose, who didn't break even on the show, but said "proved it can be done."

"There were standing ovations every night," he said. "I feel like we were providing some sort of therapy and feel very privileged if that was the case."