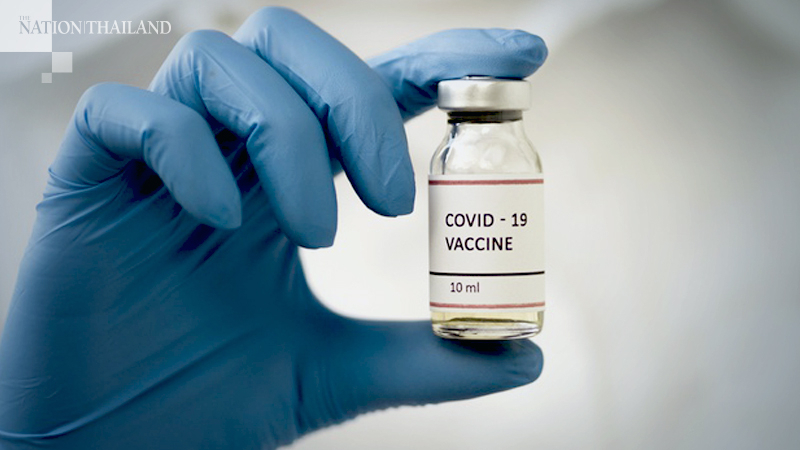 Pfizer and its German partner BioNTech applied Friday for emergency authorization of their coronavirus vaccine, a landmark moment and a signal that a powerful tool to help control the pandemic could begin to be available by late December.

The U.S. race to develop a vaccine has set scientific speed records since it launched in January, and the submission of a first application to regulators cements that. Now, that effort will move to its next, deliberative phase - a weeks-long process in which career scientists at the FDA to scrutinize the data and determine whether the vaccine is safe and effective to be used in a broad population.

"It is with great pride and joy, and even a little relief that I can say our request for emergency use authorization for a covid-19 vaccine is now in the FDA's hands," Pfizer chief executive Albert Bourla said in a video message shared by the company. "This is a historic day - a historic day for science and for all of us."

Only after the FDA has given the green light will a first, limited group of high-risk people be able to access the shots. Government officials anticipate having enough vaccine to inoculate about 20 million people with the two-dose regimen in the United States in December, between Pfizer and BioNTech's vaccine and a second shot likely to be considered for emergency authorization soon, from biotechnology company Moderna. The United States will receive about half of the 50 million doses Pfizer is aiming to produce by the end of the year.

There will probably be enough vaccine for 25 million to 30 million people a month in early 2021, according to Moncef Slaoui, chief scientific adviser of Operation Warp Speed, the federal government initiative to speed up vaccine development. He did not specify how many doses each company would contribute.

Glimpses of the Pfizer data through news releases have so far exceeded expectations: The two-dose vaccine regimen was 95% effective at preventing disease in clinical trials and had no major safety problems, according to the company. It was 94% effective in people older than 65, a group of critical concern because older people are more likely to develop life-threatening illness after contracting the virus. The companies are also submitting two months of follow-up data on 38,000 people of the 44,000 in the trial. They will present safety data on 100 children between 12 and 15 years old, a group they only recently began to include in their trial.

Those findings will be scrutinized by regulators - including at a full-day advisory committee meeting in which external scientists will meet to make recommendations to the agency on whether it should clear the vaccine for broader use.

The companies have started applications that are updated continuously with other regulators, including regulators for the European Union and the United Kingdom. The drugmakers said they will submit applications in other countries within days. They are poised to distribute the first doses of vaccine within hours of a regulatory decision.

The hope that many scientists and physicians feel about unprecedented scientific success in developing a remarkably effective vaccine has been tempered by a grim reality. No vaccine will arrive in time to alter the current surge of virus, as hospitals are overwhelmed, testing capacity is stretched and intensive care units fill with sick people - right before holidays that may seed even more outbreaks.

"My message to the American people is to hang in there with us. Take the simple steps that the doctors have talked about today because there is a light at the end of the tunnel. This isn't forever," Health and Human Services Secretary Alex Azar said in a briefing Thursday.

On Wednesday, Pfizer announced its 44,000-person vaccine trial had hit the necessary endpoints for safety and efficacy and that it could file for emergency authorization within days. The vaccine was 95% effective at preventing disease in the large clinical trial, and Pfizer and BioNTech had gathered sufficient safety data to support an application, with no major safety problems identified.

Half of the participants in Pfizer's trial received two doses of the study vaccine, and half received two shots of saline. Then, the investigators waited to see which participants fell ill as they were exposed to the virus in their normal lives.

Out of 170 cases of covid-19 so far, 162 were in the placebo group - a strong signal the vaccine protected people. Nine in 10 cases of severe illness were in the placebo group, another strong sign the vaccine protected against mild and serious cases. The most common adverse event rated as "severe" in the trial was fatigue, in 3.7% of participants after the second dose.

There are concerns the encouraging news on a vaccine could backfire and make it harder to persuade people to participate in ongoing clinical trials that are needed to test other vaccine candidates, which will be critical in making enough vaccine for the entire population.

William Hartman, an anesthesiologist running a trial of the vaccine being developed by AstraZeneca at UW Health in Madison, Wis., said that about 20 times a day, he and others working on the trial are asked whether a volunteer could receive a different vaccine that receives authorization sooner. Recently, staff have had to scramble to fill slots that have opened because of last-minute cancellations.

Hartman said he fears that convincing people to volunteer for a trial in which they have a 50-50 chance of receiving a placebo could become even harder once any vaccine receives authorization.

"I do worry about the numbers declining, because it's going to take way more than one vaccine or two vaccines to cover the population of the world," Hartman said. "We're going to need several of these candidates to come forward."

Hartman is also worried that people hearing good news about a vaccine won't be prepared for what is coming. In Dane County, Wisconsin, where he works, coronavirus cases have exploded, matching in one month the total in the previous eight months. His hospital hasn't run out of capacity, but it is a constant concern, particularly with Thanksgiving, Christmas and New Year's likely to seed a new surge of cases.

"Even with this exciting news of these vaccines, it's still going to be a dark couple of months here," Hartman said. "There's a lot of people who are going to be celebrating with their families and other people outside of their immediate bubble, and I think that a vaccine, in no way is going to help with that right now."