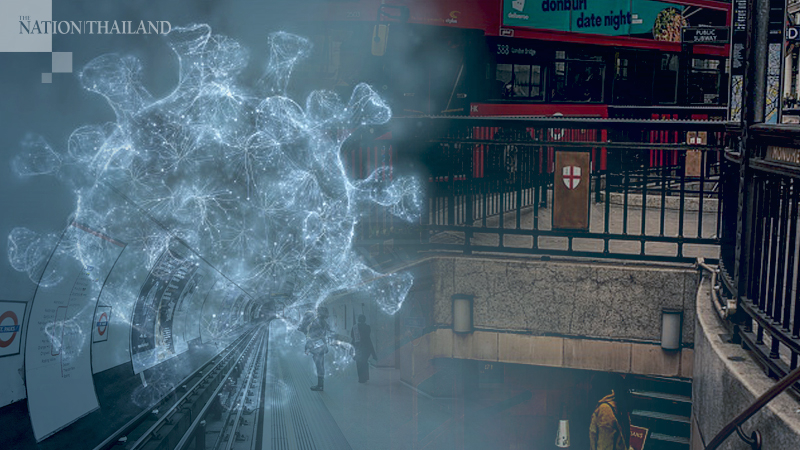 The highly transmissible variant of the coronavirus first detected in England had by Saturday been documented in several European countries, as well as Canada, Japan, Australia and Lebanon, despite efforts to curb its spread through massive global disruptions in travel and movement.

Fears over the fast-spreading form of the virus that causes covid-19 come in sharp contrast to a wave of hope sweeping some countries and communities as vaccination programs begin to be rolled out. Scientists do not think the British variant is more deadly or resistant to the current coronavirus vaccines.

The variant has also been detected in France, Denmark, Spain, Sweden, the Netherlands, Germany and Italy.

In Canada, Ontario's Chief Medical Officer announced Saturday that they had confirmed two cases, the first detection of the variant in North America. The patient, a couple, had no known travel history, meaning it was likely a case of community spread.

While the United States has not yet reported a case, experts say it is probably due to the nation's very low rate of genetic sequencing of the virus to check for such changes, despite Americans leading the world in coronavirus infections and deaths.

Beginning Monday, the U.S. government will require all travelers flying in from Britain to show proof of a negative coronavirus test taken within 72 hours of the plane's departure. Early in the pandemic, the United States banned travelers from China and the European Union, among others, though by that point the novel coronavirus had already been widely spreading undetected due to limited U.S. testing.

Japan on Saturday temporarily banned all foreign nationals except those with residency from entering the country starting Dec. 28 through the end of January. Japan reported its first case of the British variant on Friday amid a new surge of coronavirus cases in the capital, Tokyo. Japan said five patients detected with the variant had all traveled from the United Kingdom, from which Japan had curbed travel last week.

Countries across Europe and other continents began to block or restrict travelers from the U.K. last week in reaction to the variant's outbreak. Some, like France, have since walked back near total border closures amid widespread disruptions in trade and travel.

France initially closed its border to all travelers from the United Kingdom on Sunday, but on Wednesday began allowing E.U. citizens to pass through. The border closure, however, led to a massive backlog in freight trucks, leading thousands of drivers stuck Christmas Day near the border waiting for coronavirus test results to be able to cross the English Channel back to France.

Elsewhere, hopes are tentatively rising. Hungary on Saturday became the first European Union member to begin vaccinations, a day ahead of France, Germany and Spain, among others, who will kick off vaccinating high-risk populations on Sunday.

Scientists, however, are additionally closely following news of another variant of the novel coronavirus first detected in South Africa that experts say also appears to be highly transmissible. British health officials have already documented cases of the South African variant in the United Kingdom.