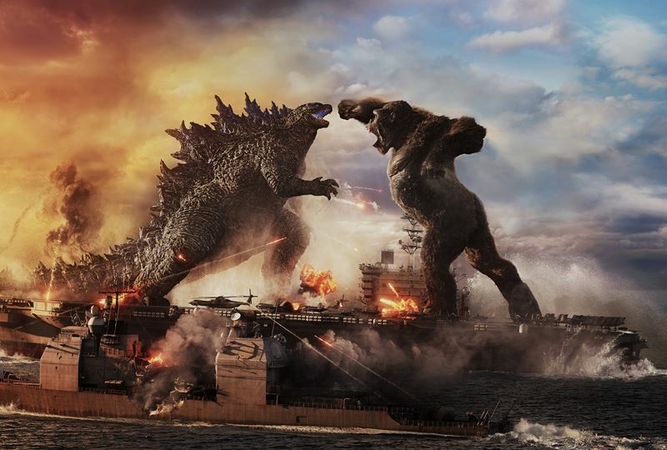 Part of the beauty of cinema lies in how it allows us to reflect on the most vital questions of our time - namely, if a nuclear-radiated sea monster could pummel a big gorilla, or whether that massive ape might just be the true prehistoric god-king of the earth. 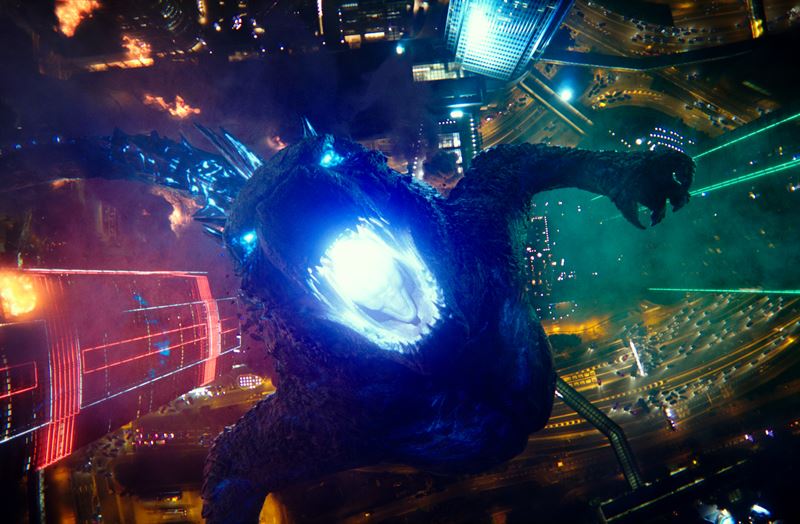 Such weighty questions require careful thought, the sort that inspired the Renaissance greats to carve thinking men out of stone. One might recall these chiseled figures upon watching Alexander Skarsgard emphatically state in the "Godzilla vs. Kong" trailer, "This is our only chance. We have to take it. We need Kong. The world needs him."

But does the world truly need Kong? Does he stand a chance against Godzilla? Before we "let them fight," as Ken Watanabe so dramatically uttered in 2014′s "Godzilla," join us in admiring (and scorning) these two big boys as we make the case for which gargantuan creature should reign supreme. Their epic brawl premieres Wednesday in theaters and on HBO Max.

Off the bat, you have to acknowledge that Godzilla looks cooler and meaner.

But what is he? Or she?Is it a big lizard? A dinosaur-human hybrid? Well, technically it's a kaiju,which translates from Japanese as "strange beast."

Sure, the atomic-breather of old was nothing more than an actor in a rubber body suit. But the lore of what Godzilla stands for means more than any large gorilla.

The mythical monster was created as a stand-in for the fear and terror of the nuclear weapons that devastated Japanese society. Since appearing in 1954, the creature has inspired tales ranging from 1968′s monster tag-teaming "Destroy All Monsters" to the brilliant 2016 political satire "Shin Godzilla," which brought the threat of nuclear peril to the modern day with the 2011 Fukushima Daiichi disaster.

Godzilla's depictions have spanned the globe for decades, from novels to video games. But let's get down to the tale of the tape.

In this film canon - which began seven years ago and includes 2017′s "Kong: Skull Island" and 2019′s "Godzilla: King of the Monsters" - we've seen our large lad vanquish its enemy by prying open its mouth and spitting pure nuclear energy down its throat and disintegrate two of Ghidorah's three heads while chewing on the third like a squeaky toy before obliterating it for fun. And that's just for starters.

So for this newest round, in one corner, there is a prehistoric monster that roams the land and sea who can fire off beams of nuclear energy from its mouth and has regenerative powers that allow it to swat away human weaponry like flies. Cloaked in scales, it also has an unmistakable, anguishing roar that lets you know it's about to go down.

In the other corner, you have a big, chest-thumping gorilla who gets very easily distracted by a pretty lady.

- Kong, the primate to rule them all

If "Tom and Jerry" taught us anything - the cartoon, not that ridiculous new movie with Colin Jost - it's that size doesn't count for everything. Speed and agility are underrated players here. If Jerry the mouse can trip Tom by tying his legs together with a string, what's to stop Kong from doing the same with a vine from stinky Skull Island?

For those who believe size does matter, consider that Kong appears to now be the same height as Godzilla. It's unclear what led to his practically tripling in size - perhaps it's that he was an "adolescent" the last time we saw him, per "Godzilla vs. Kong" writer Michael Dougherty - but facts are facts, and our boy could make a killing hawking monster PediaSure.

To address the obvious: Yes, Godzilla can blast atomic breath. But Kong is showing up to the ring with his very own Mjolnir: an ax that seems able to harness the nuclear fire as Thor's hammer does lightning (or, at the very least, that can deflect it). We've established Kong's agility, but it must also be said that he has the smarts to strategize. Godzilla, on the other hand, is quite literally operating with a lizard brain.

Not to crib from Jay-Z's heinous verse on "Monster," but an appeal for Kong is also an appeal for love. He simply does not get enough of it. We saw the kindness in his eyes when Tom Hiddleston and Brie Larson's characters encountered him up close in "Skull Island," and the latest MonsterVerse film embraces that trait. It introduces a story line where Kong essentially joins Rebecca Hall's anthropological linguist character in bonding with and vowing to protect her adopted daughter, the last surviving member of the indigenous tribe that shared the island with him.

Kong is the more empathetic figure, and that goes a long way in Hollywood. He bows to no one, nor should he.