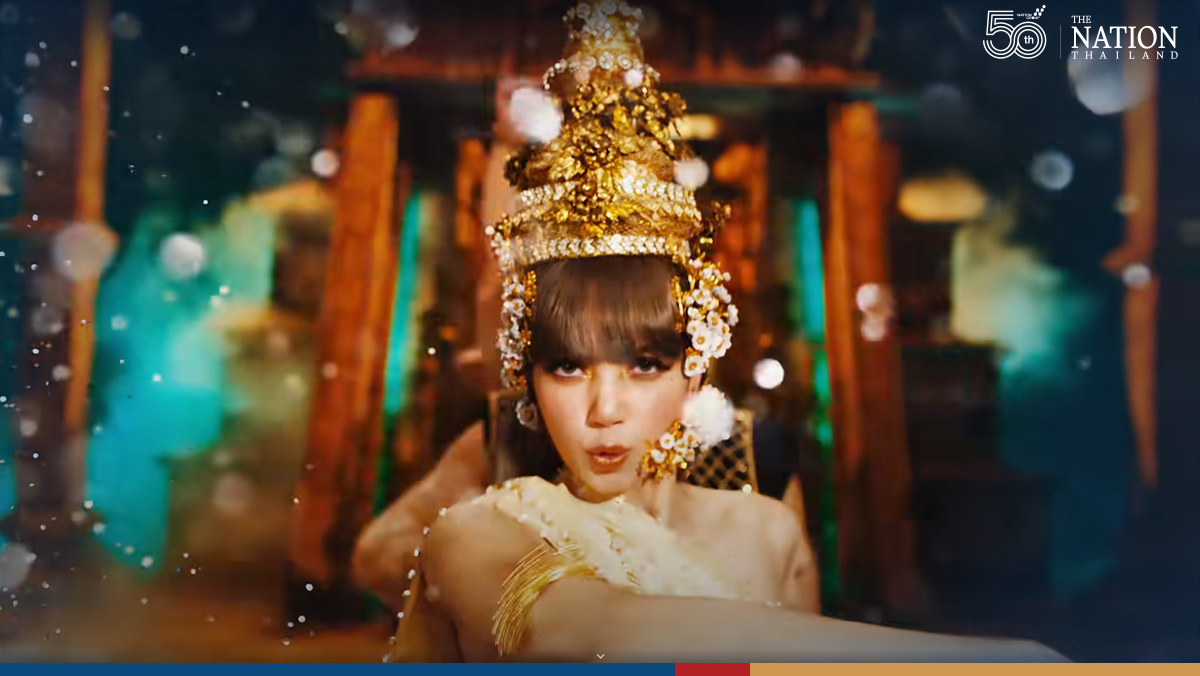 Lisa, is a Thai rapper, singer, and dancer based in South Korea. She is a member of the South Korean girl group Blackpink under YG Entertainment.

Lisa is the only Thai member of the group, and the new song is her first solo, which her fans had been waiting for.

Apart from the entertaining song rendered in the modern South Korean style, “Lalisa” incorporates numerous Thai elements that surprised and impressed Thai audiences, such as Thai-language signs, costumes, and even the background location.

The elements were praised by social media users in Thailand, and became a hot topic of discussion.

Most netizens praised the music video producers for adding this element. However, some conservatives found the costume inappropriate, as they believe a traditional dress should be used only in a traditional way, not in a contemporary situation.

Many were reminded of the concert of American artist Lady Gaga in Thailand in 2012. The pop star was attacked then by conservatives and the Culture Ministry for wearing a traditional headpiece during the concert.

In addition to the discussion on suitability, the costume topic led to informative posts on social media about types of headpieces in Thailand, as well as about the countries that had inspired the pieces.

In the scene, Lisa wears a controversial traditional costume, with a background inspired by Khmer temples.

The most believable interpretation was that the palace in the scene was inspired by the Phanom Rung temple in Buri Ram province, Lisa’s hometown.

Buri Ram is located in the south of Thailand’s Isaan region, which in the past had been influenced by the Khmer kingdom.

Another much-discussed situation from “Lalisa” was a scene showing Lisa with dancers dressed like armed police. Social media users, especially those closely following Thai politics, believe the scene was inspired by the current conflict in Lisa’s home country. Some even interpreted the scene as a “call out” action of the artist herself.

Some netizens were mocking in their response, calling the crowd-control police the most Thai element in the music video.